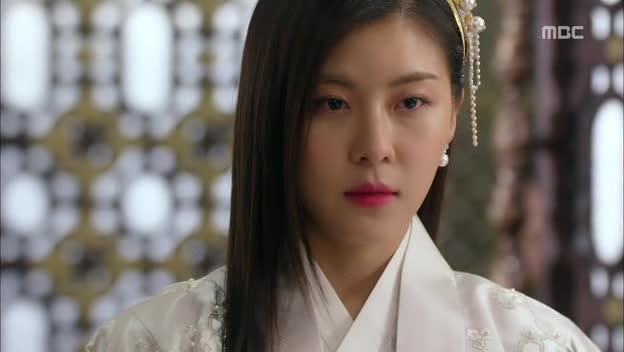 Big decisions have been made and characters that were flat have filled out some. "Empress ki" has finally shown us how it will put Seung-nyang on the path to becoming The Iron Empress. It is a bit incongruous with logic, but I'll go with it.

This was the episode that saw Seung-nyang facing her painful past, the loss of her loved ones, and making a decision about her future. She teams up with Bayan and Tal Tal. I haven't mentioned much of Tal Tal because he was merely Bayan's smart sidekick until now. Jin Yi-han plays the quiet, wary man who hasn't really had much of a role to play in the drama until now. Suddenly, he is full of color and has a wonderful chemistry with Seung-nyang. They are mental equals who challenge each other and work well together. I hope that partnership will continue.

With Seung-nyang's return to the palace, Ta-hwan's character should be revived. Currently, he's been a speechless mess who has been overloaded by all of the betrayal and cruelties in his life. His breakdown fits his weak character well, but I'm more than ready to see him move past this with Seung-nyang as his source of strength. Also, Seung-nyang's return to the palace means that Wang Yoo will have to contend with the fact that she is no longer his. Maybe that will add some flavor to the all-too-perfect character. That, and the politics are about to get very interesting with his marriage into El Temur's family and the benefits and troubles that poses. 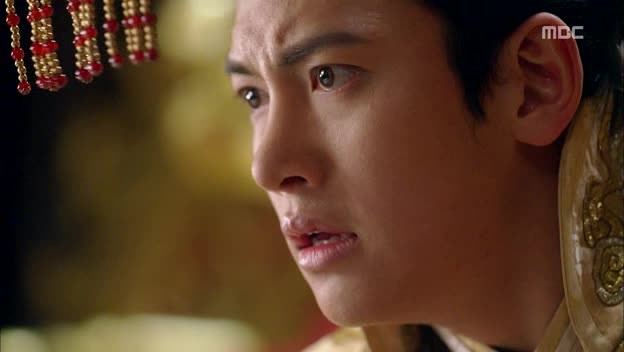 Mostly Seung-nyang's decision to return to the palace is good because it makes her stand on her own as a character. While her character is a strong person in mind and body, the character itself has been rather bland. Wrenching her love from her and adding fuel to her already hot-blooded revenge makes her much more interesting. Her revenge will be for her murdered father, her murdered fellow maid servants and for the loss of her child. It would've been better for her relationship with the other maids to have been stronger on screen so that her current grief would have more impact. This is a constant flaw of the show - buildups result in anticlimactic results.