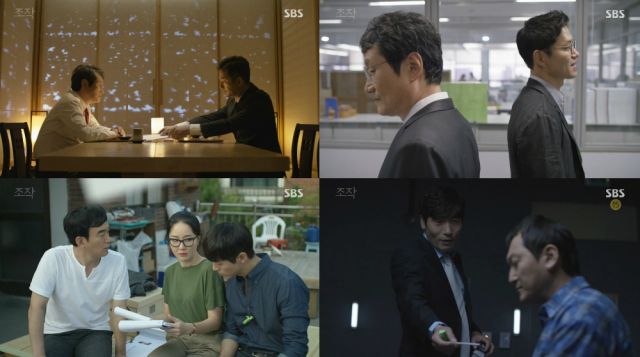 Team Good is finally on the same page and although they do not have group meetings yet, their joint investigation leads them back to familiar faces, some of which are too close for comfort. Seok-min continues his backstabbing tango with Tae-won and the latter is busy trying to turn the narrative against Aeguk with the help of his Noah lawyer accomplice.

Our leads are finally together and making progress. I always worry that Seok-min (Yu Jun-sang) will turn obtuse for the sake of plot stretching, but he reassures me once more. Most characters in such works fail at the simplest of tasks, such as carrying recorders for game-changing conversations. I still do not understand why he feels showing his suspicion to Tae-won (Moon Sung-keun) is a good idea, but at least he is perceptive. Enjoy the solitaire broadcasts, Tae-won. 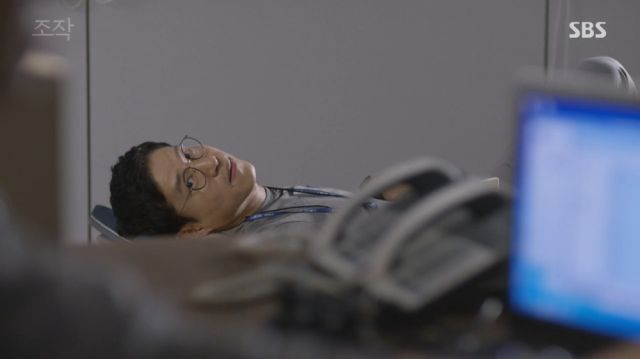 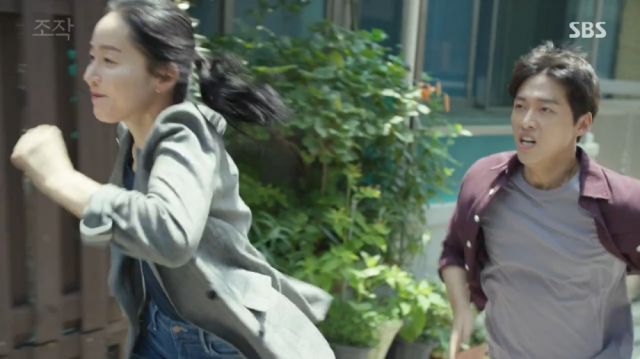 It feels nice seeing Team Good shape up and we already have great chemistry between So-ra (Uhm Ji-won) and Moo-yeong (Namgoong Min). This includes some fun lighter interactions that soften their intense reunion, such as Moo-yeong being one-upped by So-ra during the chase despite his athlete past. I highly enjoy that in a one-on-one situation even a supporting character like Park  Jin-woo (Jung Hee-tae) can deflect his attack easily, as we saw in the previous episodes. Prosecutor Park is a lovely character who is humorous without being irritating.

I know I have talked about this before, but the humor in "Falsify" continues to be hit and miss. Hoping that the police will keep the Aeguk crew incarcerated for a few episodes just so that they will not have another embarrassing "comedic" scene consisting of actors flailing about is not how the drama should be making me feel. It is especially frustrating when it happens with Im Ji-tae (Park Won-sang); a villain we should be hating for his actions, not for his stock obnoxious minion existence. 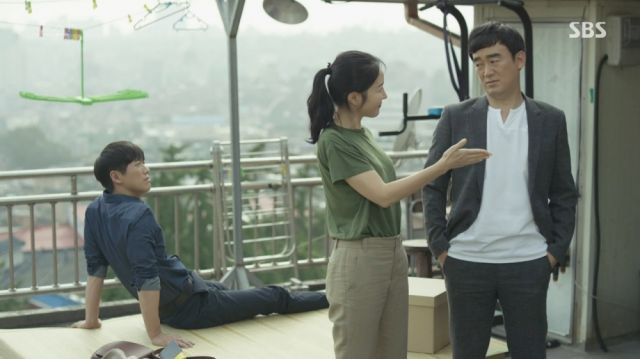 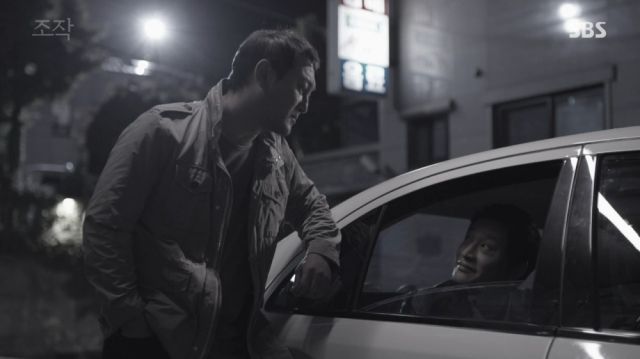 Perhaps annoying slave prosecutors and cutesy schoolgirl-like interns are here to soften the blow of things turning darker later on, as they usually do in all stories, let alone revenge ones. At least I have plenty of characters I can happily send off in the case of Team Good deaths taking place. I still do not think Seon-woo (Lee Joo-seung) is dead, however, so I am not sure how liberal the series will be with those.

At least Jeon Chan-soo (Jung Man-sik) acts as a serious supporting antagonistic presence and while he has had his annoying moments, those stem from his lousy personality and behavior, rather than forced theatrics. So among other things, I now look forward to Seon-woo's triumphant return, the secrets behind Jeon's involvement and the inevitable revelation to Moo-yeong of his brother's mistakes.