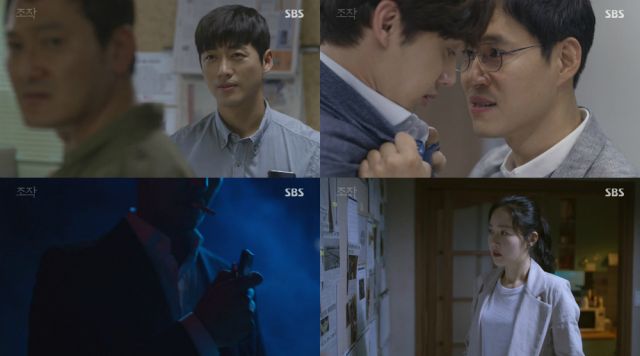 Our hero never learns and his latest drastic measures are met with a swift and ruthless response from our villains. The series reveals a new side of Tae-won, the villain we know best, but I am worried about what this revelation entails. Seok-min and So-ra have a lot of work ahead, but someone's long awaited return may help.

After plenty of close calls on several lives, including his own, and a few deaths later, Moo-yeong (Namgoong Min) has still not learned a thing about planning and patience. This is not where I would expect a protagonist to be at this point and it sadly includes some questionable plot points, such as his gamble with leaving equipment unattended and trusting a crucial broadcast to it. I hope Moo-yeong can start growing like Seok-min (Yu Jun-sang) and So-ra (Uhm Ji-won). 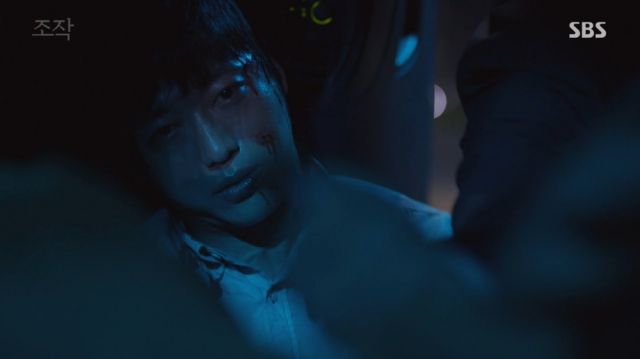 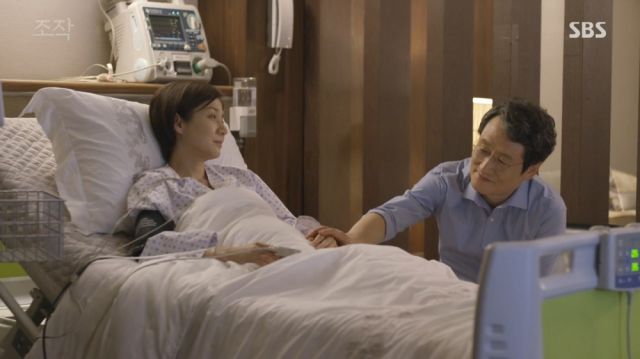 At least we can officially scratch one death off his conscience, since the expected revelation of Seon-woo (Lee Joo-seung) still being with us draws near. I doubt his appearance will be the final nail in Daehan's coffin, but I wonder how they will weasel their way out of it. Seong-sik (Park Sung-hoon), who has thankfully become more relevant to the plot, could take the fall, but how many times can a publication survive the stigma of hiring bad reporters?

Speaking of bad reporters, the absolute worst of Daehan, Tae-won (Moon Sung-keun) has a more complicated life than previously shown, but this worries me. Good villains are nuanced. They are human and capable of positive actions and emotions, but they remain faithful to depraved morals or causes as well. Sadly, Korean drama often treats villainy as easily redeemable. It is not. You cannot instantly humanize a villain you have built as a mustache-twirling tyrant who can even kill his own by giving them a sick spouse and I hope that "Falsify" will not try to. 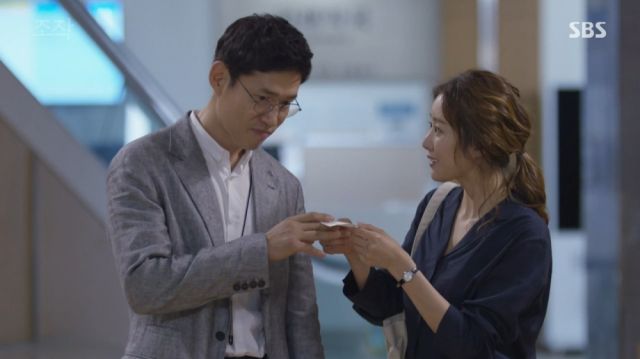 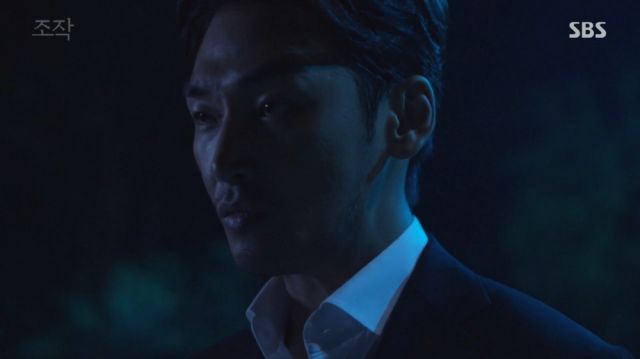 Whatever the man becomes or continues to be, I am glad that Seok-min and a now wiser So-ra are on the case. Moo-yeong is all heart, bless said heart, but the "adults" in this story need to guide his efforts. I am highly enjoying the combined cunning and great partnership of Seok-min and Oh Yoo-kyeong (Jeon Hye-bin) and the episode is a very exciting one, some plot hiccups aside.

We have finally met our assassin; a new character whose previously hidden face now makes little sense. An artistic choice to show us the unknown through Moo-yeong's eyes, perhaps? With Jeon (Jung Man-sik) out of the way, we have "Tattoo Man" (Kang Shin-hyo) and Jo Yeong-gi (Ryu Seung-soo) left, but I feel we will need to meet the infamous elders soon. Perhaps it is time for a grand entrance?