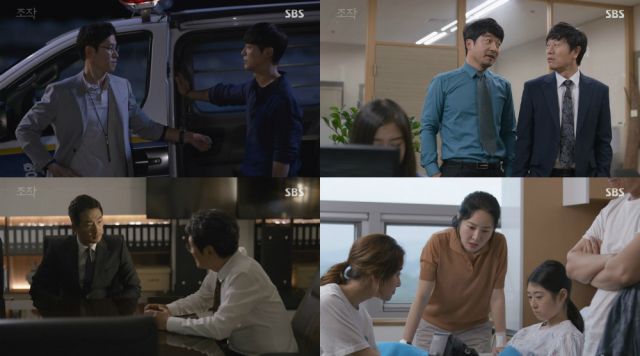 The realization of their mistakes hits our Team Good like a ton of bricks and the situation gets out of control. Everyone's fingers are pointed at them, while the ghost they have been chasing takes on a very interesting form. The plans of the Elders are revealed as far more sinister than we could have imagined and Tae-won falters.

I have to pat "Falsify" on the back for putting a lot of effort into its twists. Granted, Seon-woo (Lee Joo-seung) not having died was obvious if you know your drama tropes and it was the casting which tipped me off on our latest twist, but the effort is solid. I had nothing more than suspicions on the latter until the twenty-year timeframe was revealed and the casting suddenly did not stick. These two episodes give Lee Won-jong quite the entrance. 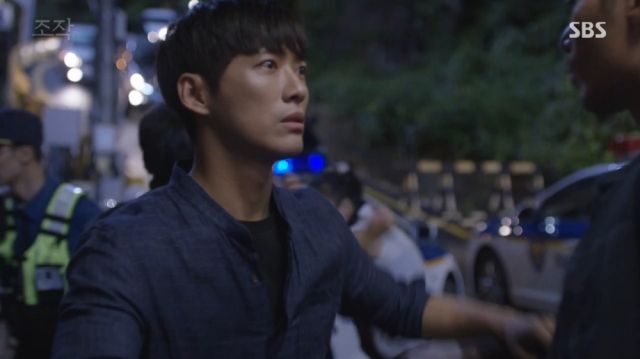 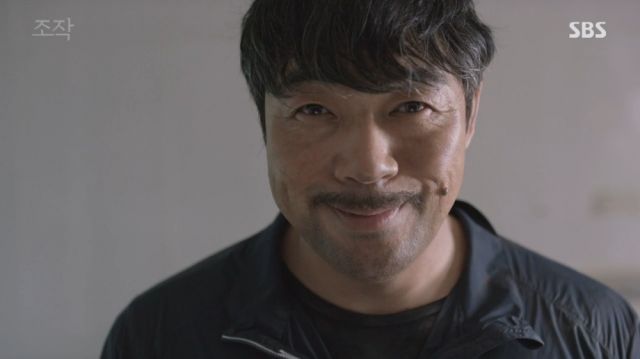 Of course I cannot give the same praise about the way the whole situation was handled by our Team Good, but rather than being contrived stupidity once more, I consider their mistakes this time around reasonable. It is impossible for one person to control a huge crowd which includes enemies in disguise turning a blind eye at the same time and So-ra's (Uhm Ji-won) lack of control is therefore understandable. I actually feel our heroes do great to suspect the truth through all of this commotion. Well done, Moo-yeong (Namgoong Min).

The episodes drop a bigger bomb than Nam Kang-myeong's (Lee Won-jong) current looks, however and this characterization may have a very literal meaning. I was under the impression that Min Yeong-ho's (Kim Jong-soo) list of corrupt officials was the endgame here, but things look much more dire than that. I am not sure how I feel about this yet. "Falsify" has featured dramatic, but still realistic crime so far and I feel it would become too far-fetched if everything suddenly revolves around domestic terrorism. 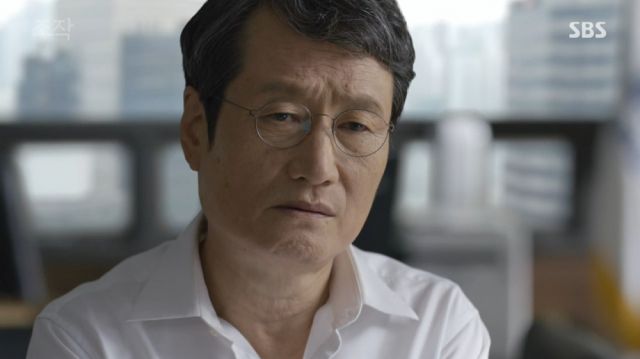 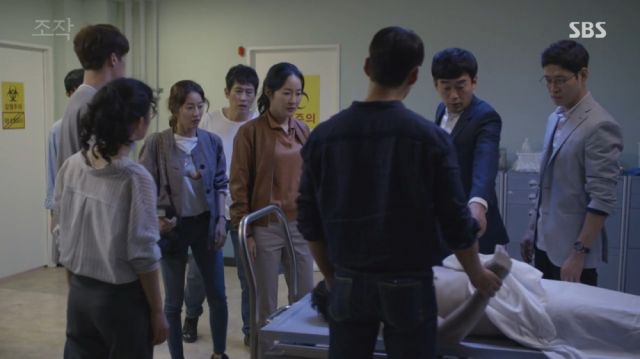 Perhaps this act hinted is a presidential assassination or something of the sort, however, rather than foreshadowing of high-octane action over a massive civilian-targeted incident. It also provides an interesting reaction from Tae-won (Moon Sung-keun), who I felt had no limits to how far he is willing to go until now. This is why you need good actors, Dramaland. No words are necessary to see his conflict.

Now that we know our new villain is not a white collar criminal who needs people to brush his teeth for him, I am excited to see his story. Nam Kang-myeong is absolutely shameless, but he is also highly intelligent, influential and willing to get his hands dirty if need be. There does not seem to be enough soap in the world for those hands, so bring on the scheming.