Jin-sang finally admitted that he's not really okay, and his small stickler heart grew three sizes that day. Fate in "Feel Good To Die" is a cruel mistress, and this chicken empire's Grinch gets a taste of his own medicine from a position built for humbling. With the Garibong store being a complete mess, and Roo-da away from the action, our death-prone boss finally understands how demanding this time loop conundrum is.

I feel warmth in my soul, as Jin-sang (Kang Ji-hwan) finally takes the first big step into becoming someone who finds kinder ways of navigating life and work. Roo-da (Baek Jin-hee) mirrors the exact feelings I have as a viewer, showing a mix of pity, relief and determination upon seeing him break down with realization. Being hated to death is no easy fix, and Jin-sang has been worse than a wall, in terms of talking sense into. 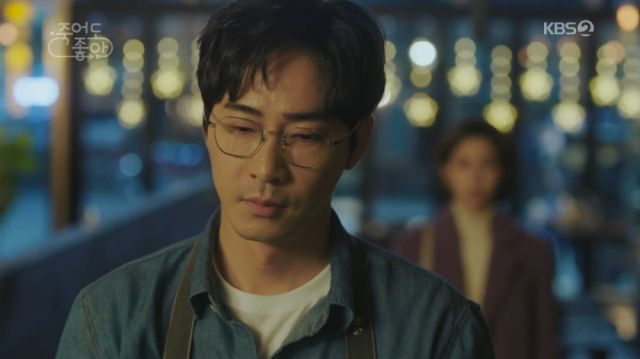 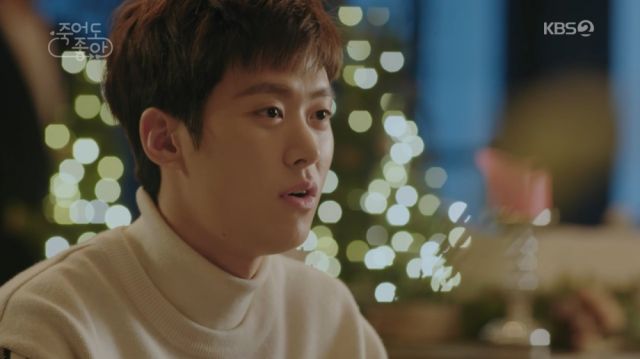 What I do lament a bit, at this point, is the inclusion of a typical team of baddies, because as helpful as In-han (In Gyo-jin) and Si-baek (Park Sol-mi) will be for Jin-sang's journey, they are such cliche, uninspired, and unrealistic enemies. I was hoping that "Feel Good To Die" would maintain its footing in reality, showing Jin-sang grow while portraying typical problems of work and office life. Those were fun, and relatable. Evil Rich Dudes are not, and it looks like Si-baek has another one coming.

I'm having the same worry over Joon-ho's (Gong Myung) progression, because he seems to be getting more into a cliche territory than getting out of it, and I hope that will be reversed. Having a possessive chaebol company owner after your affection is not a reality most viewers will ever get to experience. Not only that, but making what has been such a sweet, even if slow, character into an obstacle that can't take 'no' for an answer is a path towards lazy drama. 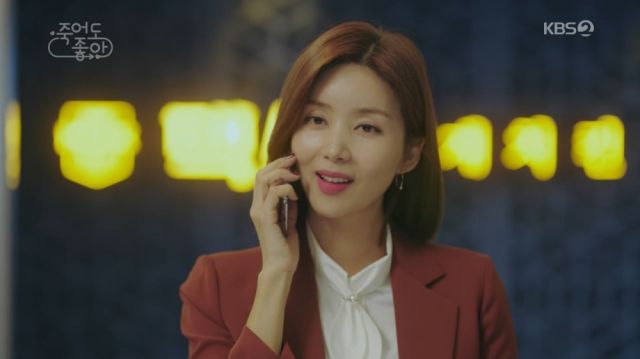 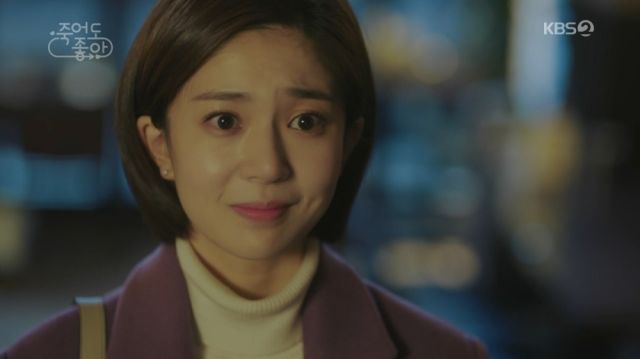 What I hope for in this part of the story is as big a reversal for everyone else as the one experienced by Jin-sang. The Garibong staff has some big attitude and work problems, our villains have already become boring, and I miss the office staff, and their unique virtues and vices used as material for heartfelt food for thought, growth and contemplation. Wronged male leads fighting against big evil corporations for revenge come a dime a dozen.

Jin-sang and Roo-da's biggest, most interesting battle is against their own issues and prejudices, and against a time loop, which is very specific about what it wants to show them. Perhaps I'm expecting too much, as most feel-good dramas abandon that connection to realistic optimism in favor of more dramatically enticing, alienating content, but "Feel Good To Die" had such a promising start. Do right by your potential, series.