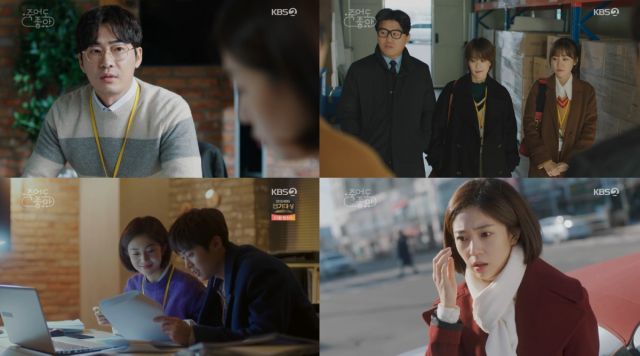 Even the most inspiring leaders can find it hard to convince a crowd when it comes to something they fear, and Jin-sang has not always been an inspiring leader in "Feel Good To Die". The man is trying his best to bring about change, and to help Roo-da remember, but some things can't be rushed, and some people can't be changed, as evident with In-han. Still, Jin-sang's efforts bear fruit, as Roo-da's fragmented flashbacks yield results.

The episodes take us through many changes in at least the pacing of what has happened, and is now happening anew, and it's nice to see Jin-sang (Kang Ji-hwan) using his knowledge of the other timeline well. What is nicer is that this doesn't make him all-powerful, since his enemies will still scheme around him. In-han (In Gyo-jin) doesn't learn, but hopefully his father will, because he still has the power to help the company. 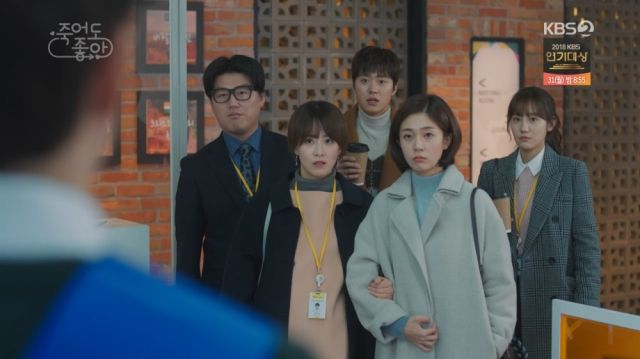 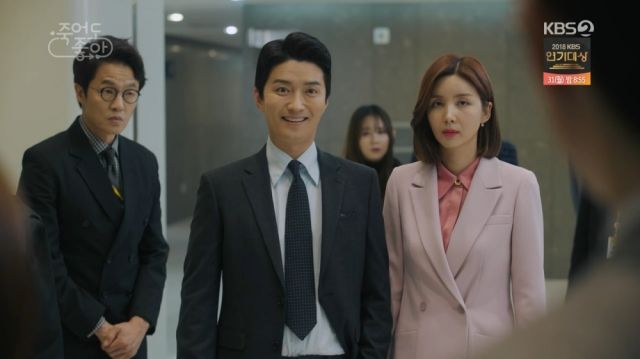 I still find some of these developments unlikely, and forced for a bright ending, however. Many of Jin-sang's allies will still work with him without having gone through some pretty considerable life lessons and changes. Seon-nyeo (Seo Jung-yeon), for example, who never had her flaws pointed out to her like she did before, never had to face herself as a lacking boss for her staff. Yet she is eager for change here.

Some things don't change as easily, and Joon-ho's (Gong Myung) affection for our two protagonists is definitely one. It's highly amusing seeing him having a bigger crush on Jin-sang than he does on Roo-da (Baek Jin-hee). We know he has wanted to care for the company, but was afraid to, so it's natural to see him inspired by the things that Jin-sang and Roo-da repeat. I just hope they address his insecurities, which put people in danger before. 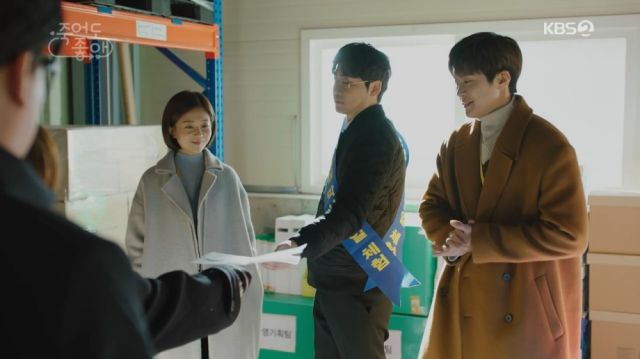 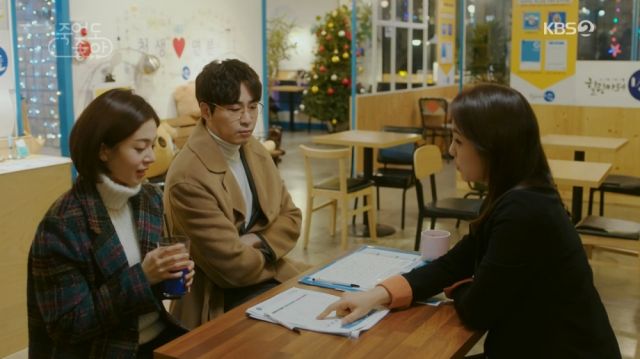 I wish that the series would at least show us a character having a deja vu, or simply acknowledge they act differently than they normally would. Would they all go down the same paths if they never remembered? Perhaps we'll just keep fast-forwarding through events and bonds with only Roo-da and Jin-sang in the know. I do wonder if Hyeong-jeong (Kim Sa-hee) will remember, however. She is the only other person in the loop.

Most of all, I'm curious to see what the future brings. What we've seen since the reset may have been leading up to Roo-da's recollection, but her absence has been a great way to see how fundamentally she changed Jin-sang. Although he wishes she could remember, he settles for what she gave him, and for her own happiness, and that's where true change shows. Like Jin-sang, I'll be happy whether the rest remember or not.