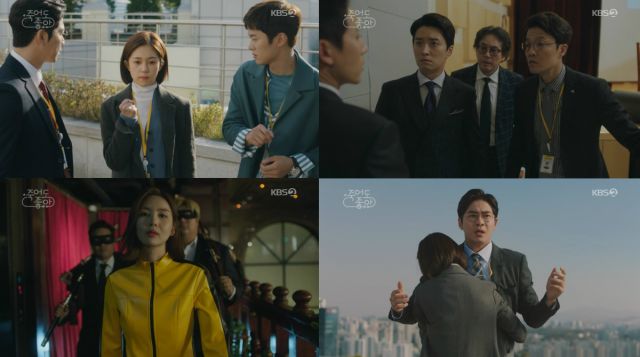 There is always a flow to an ebb, and several of the "Feel Good To Die" characters get to experience new consequences to their actions, while more trouble is brewing. If you thought we had enough antagonists, think again, because our fourth lead is here, and she brings terrible intentions with her. What is more exciting, however, is that another person finally joins Roo-da in her journey through finicky time.

You reap what you sow, and Jin-sang (Kang Ji-hwan) gets to recall a whole lot of reaping. I did not think our grating hero would ever realize that the time loop is happening, but here we are, and so early on, as well. Roo-da (Baek Jin-hee) is understandably happy to no longer be alone in time, but I can already hear that fresh can of worms opening, because Jin-sang's wish to not die will inevitably clash with the necessity for it. 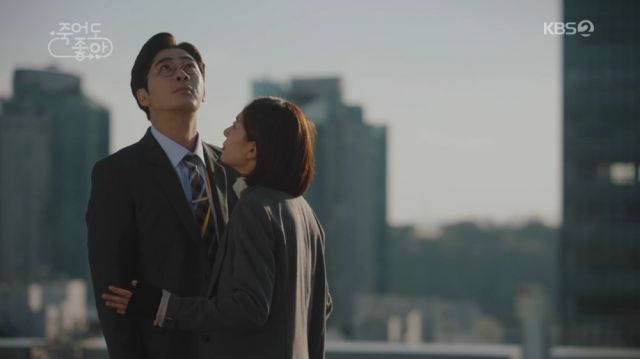 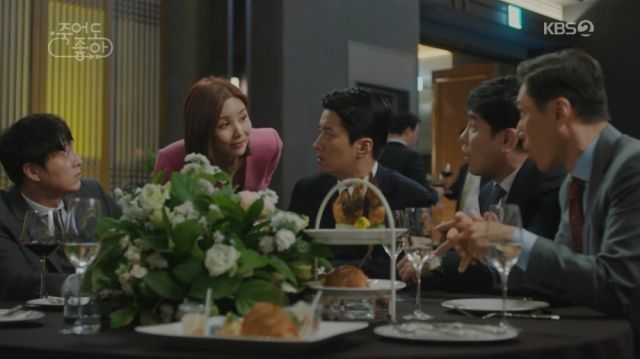 It is going to be extra hard for him to not be hated when he is already the cover model on In-han's (In Gyo-jin) hitlist, and our newly introduced judge, jury and executioner, Yoo Si-baek (Park Sol-mi), will make sure his righteousness is opposed every step of the way. At the same time, what a relief it is to finally have someone else in the know. Joon-ho (Gong Myung) is sweet, bless him, but he does not really preoccupy himself with understanding.

I am curious if the time loop element will remain frequent and prominent throughout, or if our characters will mature enough to turn this more into an office drama about battles with less exciting foes than Chronos himself. I would think that, since the loops depend on any and all hate, they would actually increase as our antagonists become more and more frustrated, and lose more of their leverage. Jin-sang joining the "fun" could change a lot. 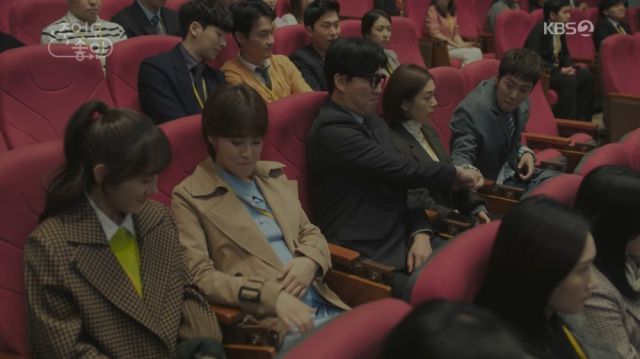 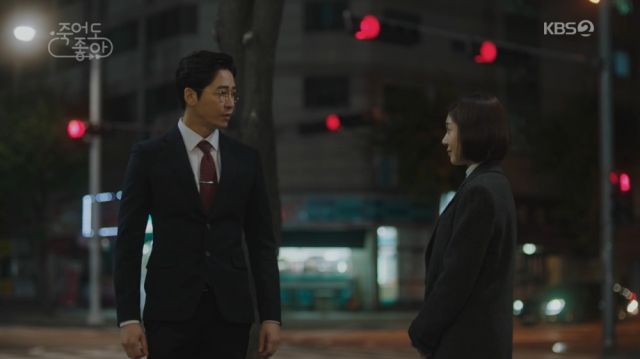 It also opens up the possibility that essentially anyone who has played a part in the time loop happening or breaking could some day start retaining their memory as well. We could end up with allies and enemies of our leading duo working the time loop to their advantage, though I feel that this would make the series too complicated. It would also get in the way of the time loop as what feels to be a tool for growth so far.

I do not expect the series to keep its zippy, cartoonish charm throughout, since Dramaland needs its drama, but I think we have something solid going on here, because the story tackles some pretty big issues of working and personal life right off the bat. The journey of stereotypical characters gaining dimension as they mature is a highly rewarding one when done well. Sadistic-me will keep making GIFs of Jin-sang dying horribly, however.