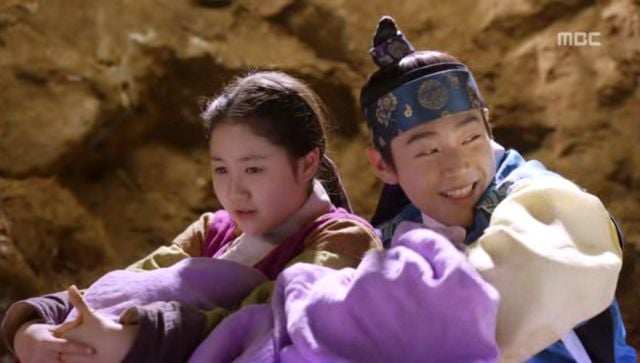 MBC's newest drama, "Goddess Of Fire Jeongi", is of the paint-by-numbers variety. While this isn't a bad way to open up a show, it's very safe, I was hoping for something attention grabbing. I was excited to watch because of the stellar casting and because it was written by Kwon Soon-gyoo, who also wrote the powerhouse drama, "Warrior Baek Dong-soo". But until the child cast appeared about halfway through this first episode, the show was intensely dull, despite its cinematic beauty and the lovely soundtrack.

The political mechanizations and the family history could have been cut down to five minutes and still contain all the information necessary. I know that this is a longer drama at 32 episodes, but if the production team wanted to have that much backstory, that backstory needs to have an impact. Instead, it felt cursory and tedious. The pottery and its creation was beautiful. The costumes were beautiful. The sets were beautiful. The music was gorgeous. But that was all an empty shell because it failed to appeal emotionally. 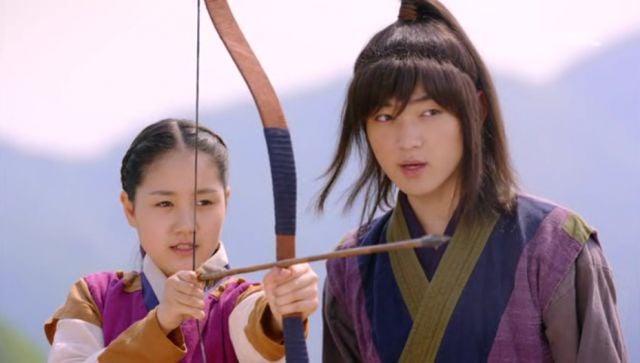 However, when it reached the halfway point, the pacing quickened and the characters became interesting. It was then that we met the child cast. Jin Ji-hee stars as the young Yoo Jung, the future renowned potter Jung-yi. She is the illegitimate daughter of royal potter Lee Kang-chun (Jun Kwang-ryul), but was raised by exiled potter Yoo Eul-dam (Lee Jong-won).

As a child, Jung is anything but inclined towards pottery. In fact, she'd rather go hunting with her friend Kim Tae-do (Park Gun-tae). While hunting, they separate and Jung encounters young Prince Gwanghae (No Young-hak) trapped in the hole that she'd dug for hunting big game. Through a few hokey mechanizations, Jung falls into the hole and on top of the prince. They share a charged moment. What follows is lots and lots of bickering. 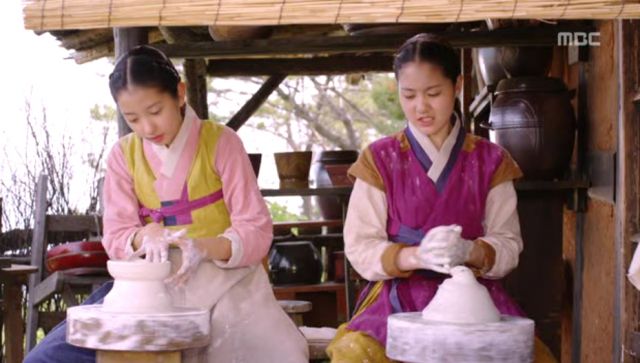 This romantic thread is quite predictable. They're stuck in a hole, arguing, staring at each other, falling on top of each other, experiencing love at first sight. It's adorable, to be sure, but I want something stronger to make up for the impossibly weak first half of the episode.

There are other introductions as well: Yoo Jung's fellow pottery student Hwa-ryung (Kim Ji-min); Gwanghae's arrogant older brother, Prince Imhae (Lee In-sung); a few political figures like the queen who pulls some pretty heavy strings. But the heart of the show is with the kids. If the writer is planning on making politics a bigger part of this show, it needs to happen quickly, or I'm going to get bored. History says that Jung-yi was a huge political pawn - politics is integral in her story. So make it interesting, please.