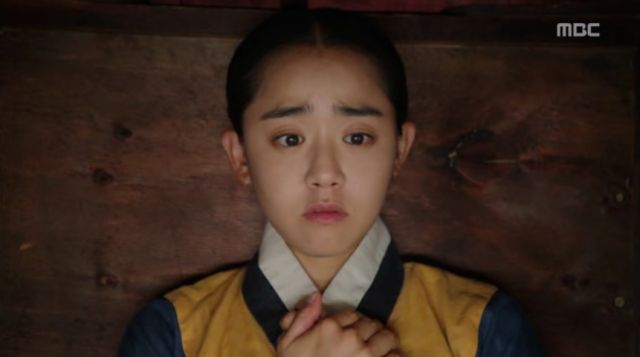 Life and death stakes always create more tension and those stakes are exactly what this show needed. Kang-chun has discovered Jung's true identity and has made plans to kill her like he killed her father, Yoo Eul-dam. It's predictable, but the exasperatingly long reveal of the truth is finally over and watching the players make their moves is somewhat interesting.

Hwa-ryung, Jung's childhood friend, has succumbed to her jealousy of Jung. She has made it her goal to beat Jung and will do anything to accomplish it. Hwa-ryung has always been a plot pawn, but this new turn is tiresome. I liked her better when she was struggling with her loyalty to her friendship and her jealousy over Jung. It gave the character depth, which it now completely lacks as she is yet another person out to hurt Jung. What would be best is for the writer to show how difficult it is for Hwa-ryung to tamp down her conscience. I doubt that will happen. 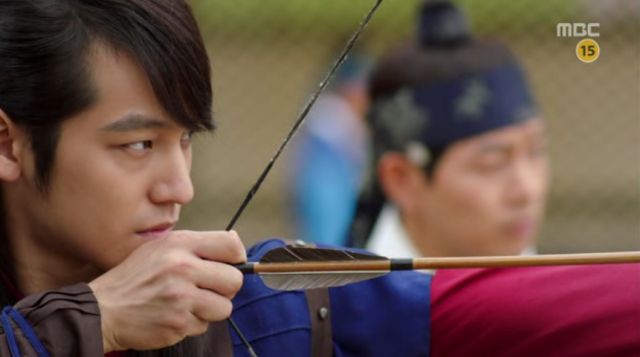 Yook-do is following much the same trajectory as Hwa-ryung. He was interesting until he decided that Jung was his enemy and forgot why he liked her. He even forgets how much he admired Eul-dam in favor of hating Jung on his father's pride's behalf. Gearing secondary characters towards one goal is mundane stuff. Even Tae-do is included in this because he is basically just fighting the "Jung haters" without having much else to do. In other words, everyone has been relegated to plot pushing roles rather than being developed and included in the plot. It's a fine line, but it's been done before. I want to see it here.

Gwanghae has taken the backseat in this episode as he watches Jung deal with the revelation of her identity. It brings Jung to Royal Consort In-bin's attention, which makes Gwanghae wary. I'm hoping In-bin will think up something clever for once to best Gwanghae and use Jung in the process. It will probably be, however, another quickly resolved dilemma that holds no real tension. That is the major issue with this show. Longevity of tensions virtually do not exist. When the show tries to draw tensions out, the plot becomes even more awkward, like with the slow reveal of Jung's identity as Eul-dam's daughter. It took clever Kang-chun way too long to figure it out and in the end he had to be told by Hwa-ryung.

On the romantic front, not much is happening. Jung continues to deny their relationship to preserve Gwanghae's reputation and safety. He hates it, but he understands why she is doing it. Tae-do has turned to Gwanghae to help him protect Jung and the two men band together to protect her. It's bromance bound together by romance. There is grudging respect between the two men and it has the potential to be an interesting relationship if the characters are developed naturally. 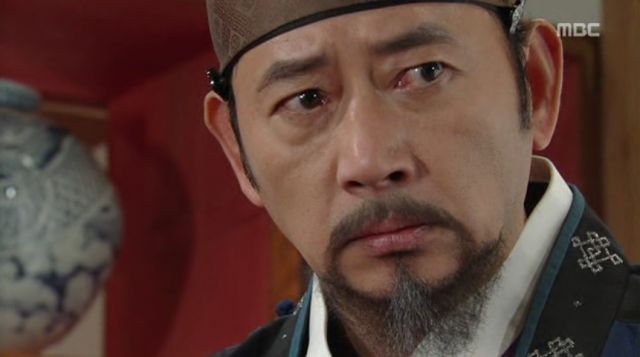 I can't neglect the attempt on Jung's life by Ma-poong, the same man who killed her father and who is under Kang-chun's orders. He puts gunpowder in the kiln that Jung is using to fire her vases that are to be a gift for In-bin. Tae-do catches Ma-poong fleeing the scene and gives chase so he is not there when the kiln explodes and badly hurts Jung.

The entire set-up was Kang-chun's plan to prove that women can't become ceramicists and also to get rid of Jung, the thorn in his side who promised to best him in ceramics and insulted his pride. Again, conflict centers around Kang-chun's insecurities and what he does to deal with them. It's actually a great character motivator, but the execution is poor.

Hopefully the tensions caused by the attempt on Jung's life will last a while and won't grow stale. Here's to hoping.