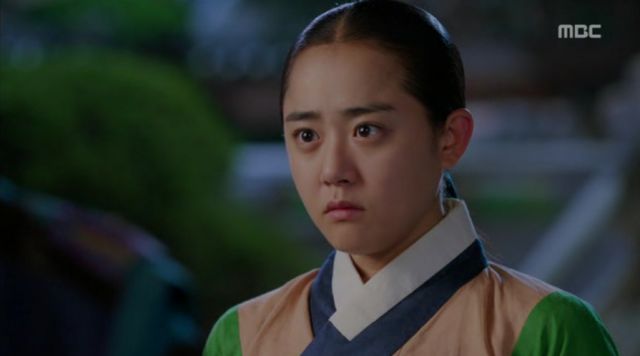 "Goddess Of Fire Jeongi" is not getting better. The plot remains overly simplistic; the villains are caricatures with single-minded motivations; the acting is excessive. Elements of the story change to suit the situation so there is no consistency in the characters or plot.

The problem-of-the-day in this episodes is an extension of the last: wooden bowls are causing a stomach illness in Joseon. The three princes are tasked to find the solution. Of course, Gwanghae meets up with Jung and discovers that ceramic bowls stop the illness because they do not foster fungus like the wooden bowls. He recruits Jung back to Punwon Kiln to make bowls for the people and the stomach disease is reduced. His discovery makes Royal Consort Inbin and Prince Imhae angry over his success. It also makes the king jealous of the positive attentions Gwanghae is getting from the people. The king believes that he should have the attention because he ordered the bowls be made. While jealousy and anger and pride are all reasonable character motivators, it seems like the royal family has nothing else to consider but their prides when making decision. The entire court is moved by a single motivator. It's utterly ridiculous. Even if the king wanted to run everything based upon his whim, the position he holds is bound by political and social obligation that has to be fulfilled, even at a minimal level. He is not doing that. Royal Consort Inbin is not doing that. Prince Imhae is not doing that. 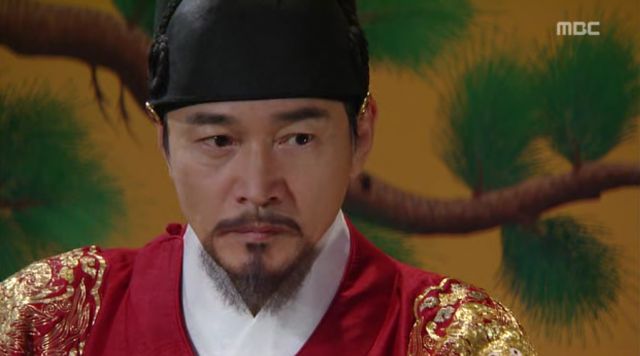 To worsen matters, Jung Bo-suk is portraying King Seon-jo in an utterly foolish manner. It is partially the directing and writing, but the king resembles a puppet more than a man with his guffawing laughter and inability to resist flattery. Everything reaction the king has is so pompous and loud that it seems as though the actor is on stage trying to be heard by the people in the back of a theatre than rather than one in front of a camera. It has to be something with the directing because all of the actors playing royalty or people of high status are too smug and brash. Jung Bo-suk is the worst culprit, though. 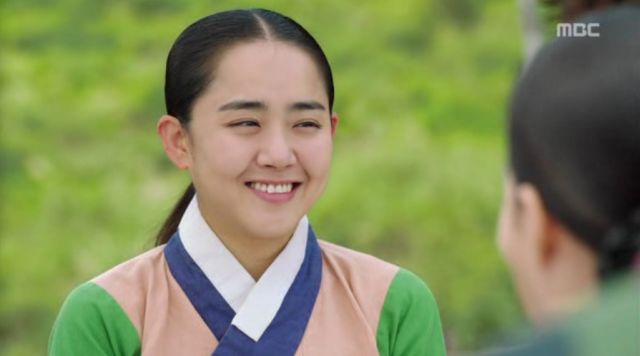 Jung is also inconsistent and the writer doesn't give her character enough time to process her emotions in reaction to events that happen to her. She reacts immediately and always naively to things despite the fact that she's experienced hardship before. She has no learning curve. When Tae-do informs her that Kang-chun had her father killed, she immediately decides to rejoin Punwon Kiln, the place where she suffered and where she has no power. She did it without thinking and with no plan. If she is to be a key person in history, she needs to put a little thought into her actions instead of just pure passion.

That is the general issue with the show. It's completely emotionally driven and very little thought goes into any action. Only Tae-do seems to put any time into any of his decisions, but one character out of many isn't enough. This show needs to get it's act together.