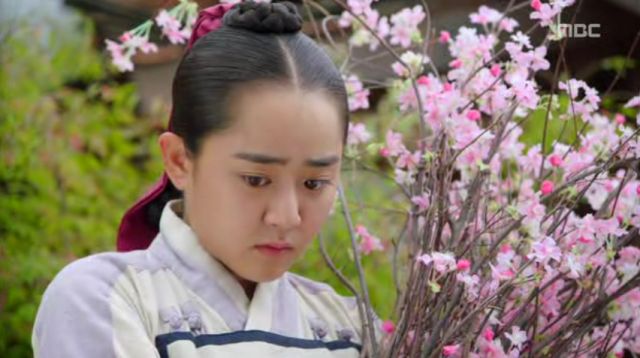 This episode deflated any hopes I had at the end of episode 22. Then it rushed through some big reveals and stopped on a most peculiar episode ending. With nine episodes left, I can't realistically hope for improved story pacing, but it is still the one thing that would greatly improve the drama as a whole.

The clever political trap Royal Consort Inbin set was sprung and cast aside in minutes by Prince Gwanghae's clever explanations and the king's gullibility. While Gwanghae is the prince who is most fit to wear the crown, it is completely unrealistic for his earnestness to move the very selfish and insecure king into pardoning him. The king has been established as a very jealous character and although he is fickle, I did not think that a few heartfelt words would move a man who was so furious. I'm disappointed, but not surprised that Goddess Of Fire Jeongi once again took the easy way out. 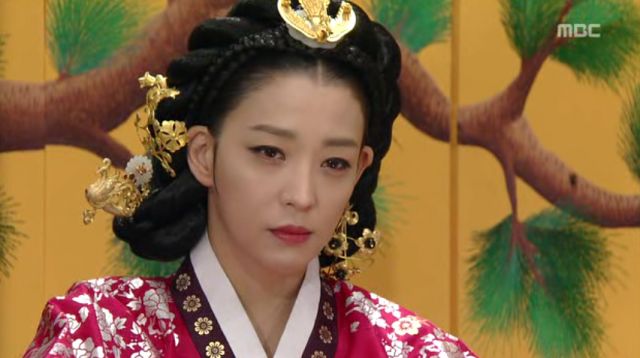 One satisfying aspect of the king so easily giving into Gwanghae's explanation is that he silences Inbin's complaints and for the time being, she must remain quiet or she will earn the king's disfavor. I'm guessing she'll be back and armed with more evil plans next episode. Prince Imhae is also left without a leg to stand on because he believed he would become the crown prince, and he didn't. In fact, Gwanghae stood up to Imhae and told him that he will finally fight back. Of course, the show's motivation for Gwanghae to fight is to protect Jung rather than his people, but again, it's one complaint in a sea of many.

There are quite a few side stories floating throughout the episode. Tae-do is walking around like he wasn't stabbed last episode. He searches for Ma-poong, Kang-chun's right hand man, and finds him fighting masked warriors for his life. It turns out that Kang-chun has decided to get rid of Ma-poong as a liability. While the fact that Tae-do wants to find out if Ma-poong killed Eul-dam should be compelling, it is not. The search is too bogged down by the umpteen altercations between Tae-do and Ma-poong as well as Kang-chun's ruthlessness. It's distracting to see Kang-chun vacillate between loving father and cold-blooded murderer. It detracts from Tae-do's efforts to find the truth for Jung. 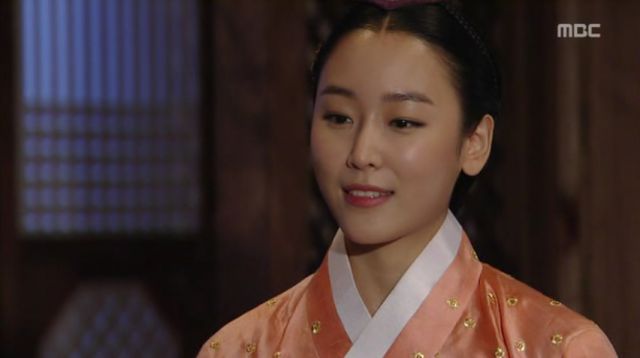 Then there is the soured relationship between Hwa-ryung and Jung. While Hwa-ryung genuinely cares for Tae-do, those emotions do not effect her conscinece. Instead, her jealousy-fueled greed to beat out Jung has caused her to make an enemy out of her boss, the female head of a trading post. The boss then turns her affections from the deceptive Hwa-ryung to Jung - yet another person who turns to Jung instead of Hwa-ryung. I'm really not looking forward to another burst of jealousy from Hwa-ryung. Before she started making careless errors, Hwa-ryung was interesting because she turned to the dark side, joined forces with Kang-chun and made things difficult for Jung in a realistic and clever way. Now that she is making stupid mistakes, she is just as annoying as every other jealous character in the show.

The most important reveal made in this episode was about Jung's mother, Yeon-ok. Jung discovers her mother's role in Punwon Kiln and that Kang-chun may have caused her death. While this is news to Jung, it is old news to the viewers. The viewers know that Kang-chun killed Yeon-ok and Eul-dam. They know that he is her biological father. To have the viewers possess this knowledge means that the writer needs to play the waiting game very carefully or the reveal of truths the the characters could be tedious and annoying. And in this episode it is both tedious and annoying. Jung is incredibly dense and it makes her frustrating to watch despite the fact that Moon Geun-young is a very fine actress. Jung questions people at Punwon Kiln despite multiple warnings from many people to be careful about who she talks to and what she talks about. She doesn't learn. She's been making the same mistakes for twenty-three episodes. I anticipate her doing more of the same until the show ends.