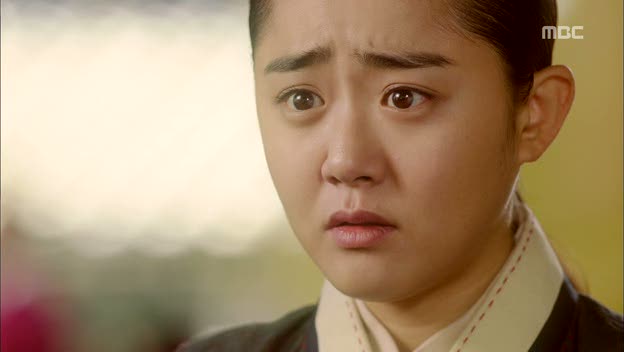 The tensions that the writer has attempted to build for twenty-seven episodes came to a minor head when the king sentences Yook-do to death. This spurs a desperate attempt from his father, Kang-chun, to save his life and Kang-chun's efforts result in many past conflicts in the drama coming to light.

"Goddess Of Fire Jeongi" tried to set up many of the issues that came up this episode: Hwa-ryung versus Jung; Imhae versus Gwanghae; Kang-chun's fatherly love versus his strong sense of self-preservation; love versus duty. There is so much good material to explore, but it's been badly developed and therefore when the writer tries to make these issues come to a head and create tensions, the resulting drama is impotent and ineffective. 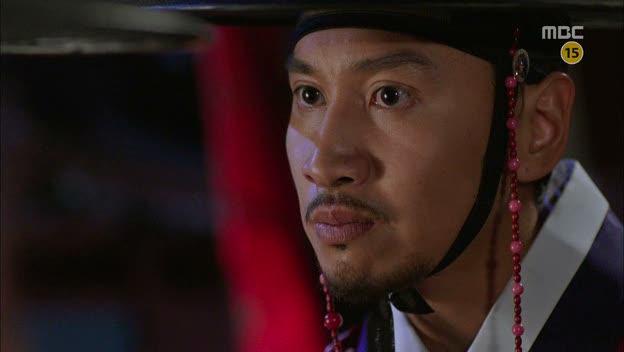 One example of this is the relationship between Gwanghae and his older brother Imhae. Imhae has coveted the throne from the beginning and typically, it is the oldest son who has claim to the crown. Imhae, however, is dull-witted, lives a wanton lifestyle and wants the crown mostly because he doesn't want Gwanghae to have it. He is bitter against Gwanghae for "killing" their mother in childbirth and because Gwanghae is much more suited to the crown, which humiliates prideful Imhae. All of this is excellent stuff for a show to explore, but "Goddess Of Fire Jeongi" failed to make the tense brotherly relationship something that I am able to emotionally invest. What is lacking is the small, daily interactions that help to establish a relationship. The political and monetary interactions are shown, but the true feeling of their relationship is never shown. They rarely fight unless it is a moment the writer wants to highlight; there is no squabbling. These things happen and how people react in those situations is very telling. 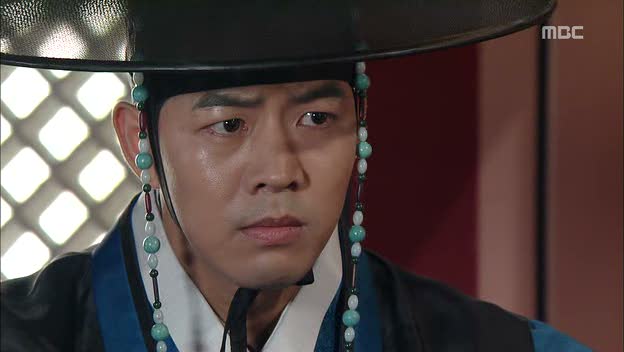 Also, "Goddess Of Fire Jeongi" was billed as a romance, but the romance between Gwanghae and Jung is barely a spark after twenty-seven episodes. The chemistry between Moon Geun-young and Lee Sang-yoon is lukewarm at best and it's hard to believe that their character are deeply in love. The romance hardly seems enough to be a motivator in Jung's or Gwanghae's decision making and indeed, on Jung's part, she decides something that is contrary to Gwanghae's best interests. She decided to hurt Shin-seong, Gwanghae's beloved brother, in order to achieve her ends. It doesn't make sense.

In general, "Goddess Of Fire Jeongi" seems like its searching for scraps of a decent plot to throw at its viewers. It's a waste of a stellar cast, of the budget spent on the lovely sets and period clothing and of my time. To identify and analyze and enjoy themes running through the drama is impossible because there is no follow-through whether it be in character development or political development. I am at a frustrated loss.