[HanCinema's Drama Review] "Heard It Through the Grapevine" Episode 25 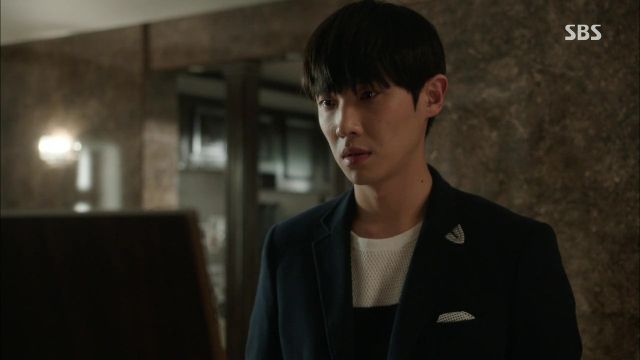 "Heard It Through the Grapevine" is going through puberty much too late. It is episode twenty-five out of thirty and only now do Beom and In-sang start having major problems. These problems are only a point of intrigue rather than an integral part of the plot motion. The groundwork had been laid for issues to manifest much sooner between them. What annoys me most is that their fight is merely a tool to make the story last until the end of the drama's run.

All the character development that I'd been hoping for in Beom and In-sang bursts forth from the emotional flood gates. The pressures on Beom catch up to her and she realizes how much she has to cage her soul in order to please In-sang's family. The time away from the household and from In-sang is giving her time to heal. In-sang doesn't understand her need to heal or how difficult life had actually been for her. While he had good intentions, he didn't truly understand the power that Je-hoon wielded over not only Beom, but hundreds of people. Currently In-sang is grieving over the loss of love and is unable to see beyond it. Hopefully in the next five episodes he will truly understand that he either must choose his father's way of doing things, or break away in order to actualize his hopes for equality amongst people.

Je-hoon has turned into a smirking fool. He is bloated with his power and goes out of his way to prove to others that his way is the way to be followed. While Yeon-hee is also insufferable, it isn't the same as her husbands all-consuming ego and inability to empathize with other people. He has created a prison for his family and staff rather than a home. The show seems to be gearing towards his downfall.

Watching In-sang and Beom deal with their separation is the heart of the episode. It's not merely a lover's quarrel. They have a child together and must consider their families. Beom deals with the pain by crying and focusing on being a mother. In-sang broods and has violent outbursts. Neither can yet think clearly. The process is engaging and could be used to flesh out a few episodes. Especially for In-sang. Beom has been coming to terms with how much she has forced herself to change in his parents' prison-like house. In-sang, however, has relied on her to be his backbone. Beom is strong and intelligent and has given him the ability to muster his courage and stand up against his parents. Without her, he needs to reflect and find his own will to do what's right. I'm not sure if the show will focus on this or not. It has thrown the development of both young characters by the wayside in favor of Jung-ho's and Yeon-hee's ridiculous antics.

The resolution I'm hoping for will be with the characters. The situation is not one that can be won by merely toppling Jung-ho off his throne. He is just one of a society of privileged individuals and that entire network needs to change. But if these characters can create lives for themselves in which they can be happy and do right by the world, I can be satisfied with that.

"Heard It Through the Grapevine" is directed by Ahn Pan-seok, written by Jeong Seong-joo, and features Lee Joon, Go Ah-sung, Yu Jun-sang, and Yoo Ho-jung.

"[HanCinema's Drama Review] "Heard It Through the Grapevine" Episode 25"
by HanCinema is licensed under a Creative Commons Attribution-Share Alike 3.0 Unported License.