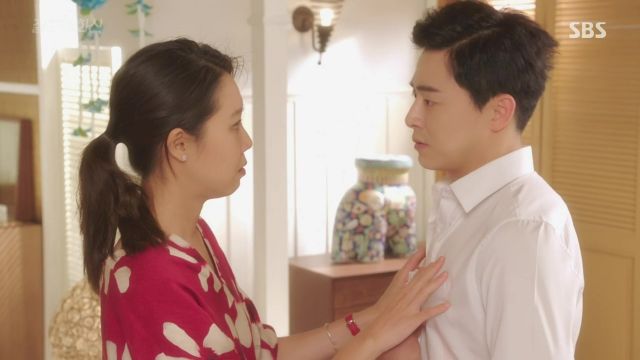 After the massive disputes over where "Incarnation of Jealousy" would live, it has finally found its home in SBS and has begun its twenty-four episode run in quite a lively fashion. Jo Jung-suk and Lee Hwa-sin and Gong Hyo-jin as Pyo Na-ri already have amazing chemistry together and I appreciate having two veterans in main roles. The drama wastes no time in laying down the groundwork for the drama's tone, characters, and competitive broadcasting environment.

Directed by Park Shin-woo ("Ghost", "Angel Eyes") and written by Seo Sook-hyang ("Miss Korea", "Romance Town", "Pasta"), "Incarnation of Jealousy" has all the trappings of a typical romcom, but what makes this first episode special is its quirky tone. Transitions are animated, interactions between the main characters are very, very strange (but fun!), and the soundtrack is bubbly and well-matched with the drama. 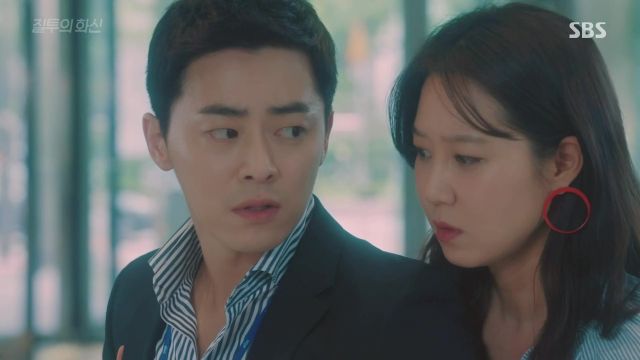 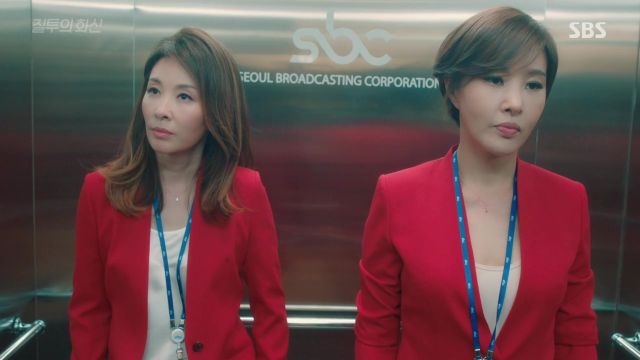 The drama is set in a broadcasting station, SBC (a play on SBS), and focuses on the lives of those who work there. It's a competitive, high-stress environment where Pyo Na-ri is at the bottom of the totem pole. She is a weather woman who is told to flaunt her physical assets more than she is asked to do much else. Although she makes herself available to odd jobs in order to make money, she also has quite the spirit. She is an odd duck dressed in a demur woman's skin - and it makes for one great character. Her relationship with her brother is healthy and loving as is her relationships with her neighbors with whom she has made a makeshift family.

This idea of family is set up to be a major theme: blood family versus family through strong relationships. This rather serious exploration is fitted between bouts of hilarity and character introductions. One of the funnier aspects of the show is Jo Jeong Seok's character, Lee Hwa-sin, who behaves as though he is always on camera, posturing and conscious of his looks. He is the normal arrogant drama rich guy, but that added hypersensitivity places him a step above a generic lead. 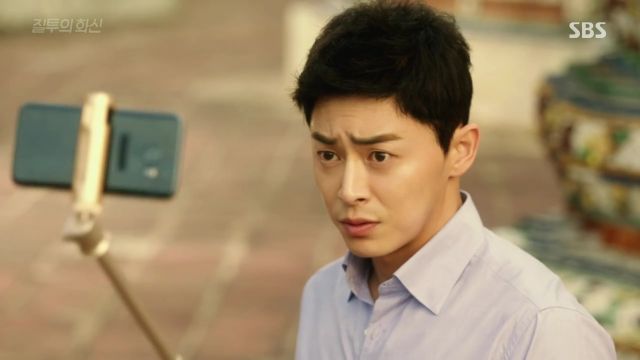 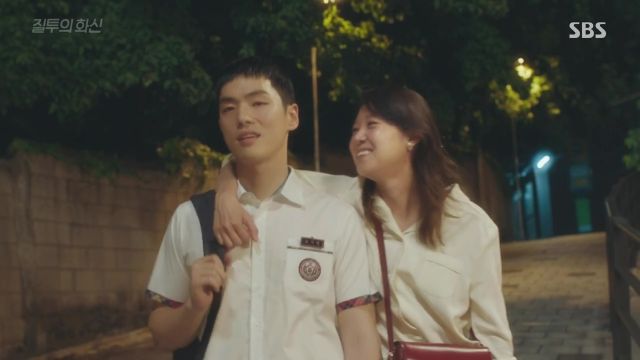 "Incarnation of Jealousy" has definitely hooked me with this first episode. I want to know the stories of our main and side characters. I want to see into their pasts and understand what makes them tick. There is so much promise of what is to come between family and work backstories, Hwa-sin returning to the station from a correspondent position, Na-ri's strange need to inspect Hwa-sin's peck, and more. Needless to say, I'm stoked for episode 2.


Written by: Lisa Espinosa AKA Raine from 'Raine's Dichotomy'