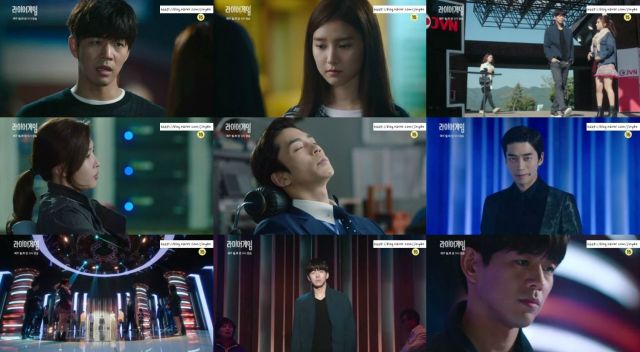 I really like the "Liar Game" show-within-a-show. Everything about it just looks so amazingly cool and slick. While the exposition so far has mostly been annoying, this episode actually makes the worldbuilding fairly compelling by actually showing us the stuff they put on television to explain everything to the audience. I actually feel kind of guilty because while this is an obviously rad game show it's also kind of evil and cruel in that the losers are saddled with enormous debts. This is probably supposed to be part of the point.

It's particularly interesting how the producers of the show-within-a-show have spun Da-jeong's selfless gesture at the end of the last episode. From the strict game theory standpoint, it's actually helpful for her to be so apparently naive and kind because it encourages people to help Da-jeong out and root for her, all while waiting with baited breath to see if she'll fail. Even though Da-jeong recognizes the cruelty of the game, bizarrely, this act has only increased the show's appeal.

Still, all of this can only go on so long. Eventually, we have to get to the next round, and surprisingly, it's the game itself that ends up being the low point of the episode. The immediate problem is that the whole thing's just kind of dull. There's only so much showmanship can do, and in this case, we're watching a large mostly anonymous group of people make a lot of arbitrary game theory guesses. Even trying to guess the answers personally doesn't make this any much more fun.

"Liar Game" also makes the misstep of identifying far too many of the other contestants too quickly. I'm not going to be able to remember even half of these people when their personal information is splashed across the screen that quickly and we have to move right on to the next one, especially when most of these people don't even do anything. Only one of the makes much of an impression, and it's because she talks to Da-jeong, not because she happens to be a part of the game.

So as usual, "Liar Game" continues to be a mixed bag. I have to admit I'm impressed on some level at how consistently inconsistent it is. The drama is the bare minimum standard of interesting necessary to get me to want to watch the next episode, hoping that at some point it can sustain the fun stuff for an entire hour and really knock my socks off. Alas, that hasn't happened yet- but at least i'm more hopeful for a positive outcome than I am that the whole thing will crash and burn.