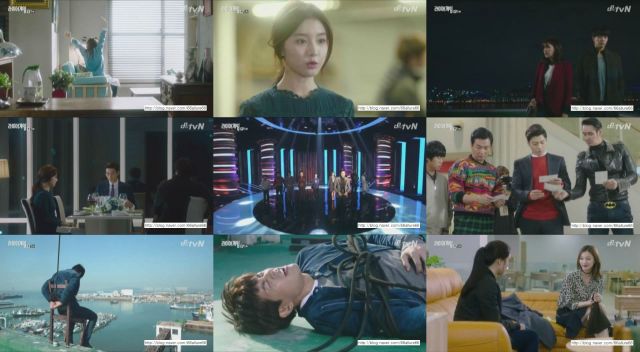 Probably the main lingering question from last episode was how Jamie is supposed to remain a credible threat when, to date, she's the only real antagonist. While her contingency plan managed to get Jamie to the next round, the fact remains that she's obviously untrustworthy and it's impossible to imagine why anyone would want to deal with her. The woman is, among other things, just really mean and unpleasant to be around.

Well worry not- "Liar Game" has an excellent explanation for Jamie's continued threat. And it's a pretty convincing one at that. To start out with, while Jamie might literally be the antagonist in the context of the game, a lot of characters have failed to identify the real enemy- Do-yeng. But how can he be the enemy? Isn't he more of a referee?

In a drama filled with discussion regarding lies and illusions Do-yeong's trick is in all likelihood the most impressive one. Look at any historical gold rush. The people who got rich weren't the ones mining the gold. It was the ones selling stuff to the people mining the gold that made out like bandits. Do-yeong might wear a fancy suit and go to outrageously high restaurants, but this episode makes it quite clear that first and foremost, he is a bandit. His job? Make the ratings high, through whatever means necessary.

Another one of the drama's nicer elements is how it takes these games with extremely simple rules that could easily be played at home and infuses a lot of drama in them simply by ratcheting up the element of general mistrust. That's how Jamie is able to remain a convincing threat. She's mugging as a villain for the audience. It would not at all surprise me to learn that this isn't even her real personality, but some sort of convoluted persona that goes in to this situation way deeper than we've been led to believe so far.

And I guess other stuff happens too. Woo-jin is in the midst of conducting his own investigation, and while this episode doesn't literally end on a cliffhanger, the philosophical questions tend to be more interesting here than the actual gangster stuff. At the very least it's not at all clear how Da-jeong is supposed to get out of this mess. Without Woo-jin's help she's almost helpless- I suppose this was a necessity, really, lest we think the naïve woman could figure out what to do on her own.