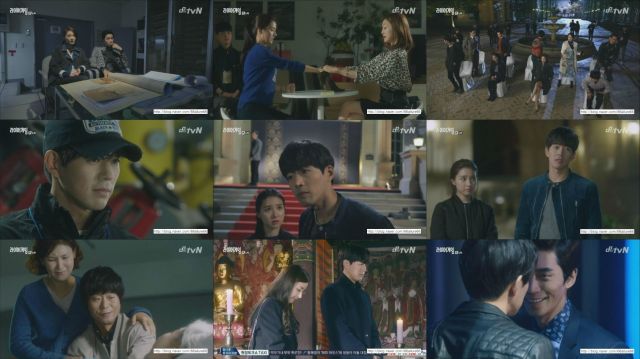 Making sense of the rules in "Liar Game" can sometimes get to be a bit difficult, which is a problem in a story where the entire dramatic impetus is about characters who try to achieve victory by bending the rules. Even the social element here is a bit unnerving. Granted, the entire point of the lead characters' scheme involves secret discussions, but surely the other players are keeping track of each other's movements. It's not like they have anything else to do.

Once again the drama is saved from mediocrity by sheer flair. Even if the explanations for the storyline movements aren't always convincing, the aesthetic frequently does a lot to sell "Liar Game" as thrilling television. Mostly this is just the conceit of the show-with-a-show at work, though. Do-yeong acting all unhelpful is funny on its own merits because Shin Sung-rok has such a great sense of showmanship. In terms of the actual story it's more surprising that none of the other competitors haven't caught on to the man's basically two-faced nature by now.

Sincerity also remains a strong point. The second commercial break cliffhanger resolves predictably- it's easy to guess the outcome, but as one character immediately notes, it's not at all clear what possible reason Da-jeong could have for acting counter-intuitively. Her speech afterwards does a lot to remind us about the true nature of "Liar Game", especially considering that the actual characters themselves frequently forget that they had actual reasons for signing up.

And what about us? Why are we watching "Liar Game"? I imagine it's on the strength of the drama's concept. If nothing else, this episode certainly delivers on the exciting punch provided by a high stakes game show. Given that the drama is based on a popular, long-running manga, I don't expect we're ever going to be ruined by the plot ever getting too dorky. Director Kim Hong-seon-I seems to have mastered the balance between absurdity and genuine emotional investment necessary to keep the drama engaging.

But even taken in those overall terms this was a relatively weak episode. Of the three rounds we've seen so far, only one of them involved an actually well-developed psychological ploy. The two since then have been working off of an overly meta-analytical construct of game theory. At a certain point any story can get to be too clever for its own good. Hopefully "Liar Game" will use a more creative device to build off the next round.