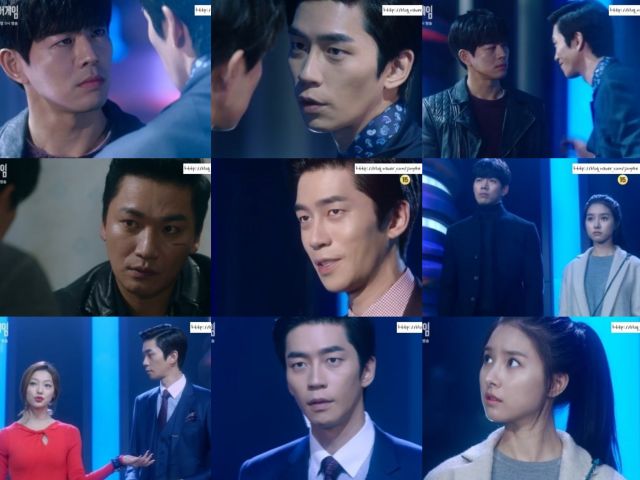 The first part of this episode deals with Woo-jin teaming up with Dal-goo to gain an advantage in the overall game. The exact mechanics of this are, unfortunately, a little bit difficult to fully parse because we're not told the rules for the fourth round until after Dal-goo has already been through the ringer. Given that the stakes are everything in "Liar Game", a failure to clearly define them does a lot of damage in terms of keeping the drama interesting.

And when the rules do finally get clarifiedwell, even then it's still a bit difficult trying to figure out exactly what's going on. Mostly I just don't understand what the best case scenario was for Jamie's original plan. When it's just the contestants the mind games are difficult enough to follow, but adding in people technically unrelated to the contest and then having everyone guess their motivations only makes this all the more convoluted.

Repetition is getting to be a problem here. After the big crisis of faith last episode it's surprising that anyone is willing to go against whatever Woo-jin and Da-jeong say they should be doing next, but then the action needs to move forward somehow. And of course, given the cliffhanger, it's obvious that Woo-jin did in fact come up with some sort of manipulation to prevent everything from falling apart. We just won't find out what it is until the next episode.

On balance this wasn't a terrible episode or anything. The main problem is that it just doesn't have much flair. "Liar Game" is escalating the action by making the verbal rule based components more complex, and this only really works to a certain point. You have to pay close attention to all the details here or else you'll just end up totally lost. Evidently not the drama to watch while juggling other tasks.

The main positive worth mentioning here is that I do have faith that all of this will resolve in a satisfactory manner, even if ever more complicated plans will require ever more complicated resolutions. Hopefully the next episode will at least have genuine dramatic tension to go alongside all the verbal warfare. Perhaps that's why I felt so lukewarm about all the proceedings this time- there simply isn't any payoff here. There's just too much that has to be set up here, and that works to make this a fairly dull episode.