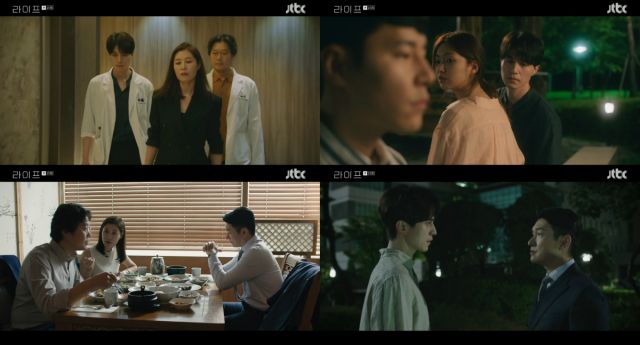 We are approaching some form of closure for "Life", but the ship of what was a cohesive whole has sailed long ago. Character alliances and interpersonal, but also work relationships change in unexpected ways, and the drama is trying to stretch all of its resolutions to the very last minute. Perhaps this is the series that "Life" wanted to be all along, but it sadly did not get to it soon enough.

I am somewhat at a loss in episode fifteen. Within one short time frame, grievances have vanished and feuds have been reversed, all due to evidence that is not clear, or particularly convincing. How did we get from Jin-woo (Lee Dong-wook) and Kyeong-moon (Yoo Jae-myung) hating Seung-hyo (Cho Seung-woo) to suddenly being his coffee pals, when nothing major surfaced to earn their trust to this degree? How did Se-hwa (Moon So-ri) become this badass that she is? 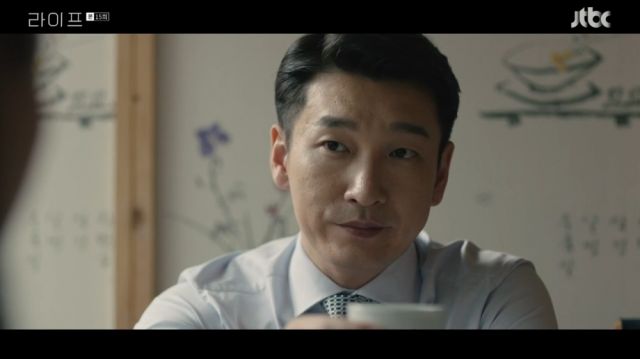 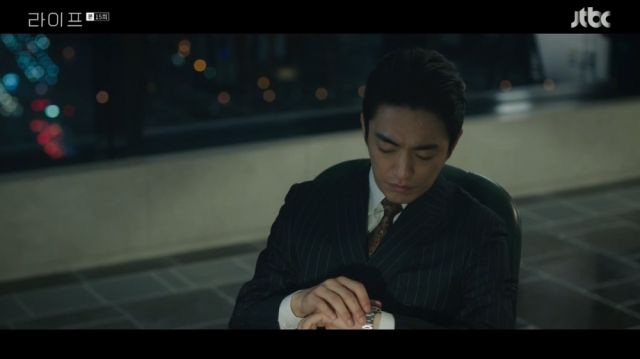 The identity of the parking lot group is still a mystery, and so is the incentive case. It feels like "Life" is ramping up to a big reveal, but the plot never gave us enough of a tease for it until the last act. It asks that we hold on for the sake of these secrets, when these secrets were not even what the story revolved around for the majority of its duration. Where is the drama about regular, down to Earth, common problems of hospitals faced with capitalism?

This shift to more catchy content is perfectly encapsulated by Chairman Jo's (Jung Moon-sung) meltdown. It serves no purpose other than to make the already cartoonish villain an unstable drama king. His lashing out does not make much narrative sense either, because his relationship to Seung-hyo was never explored, and definitely never painted as one where any sort of betrayal would evoke such an emotional reaction from our villain. 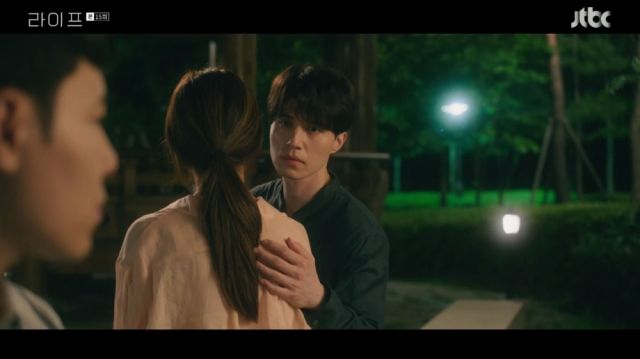 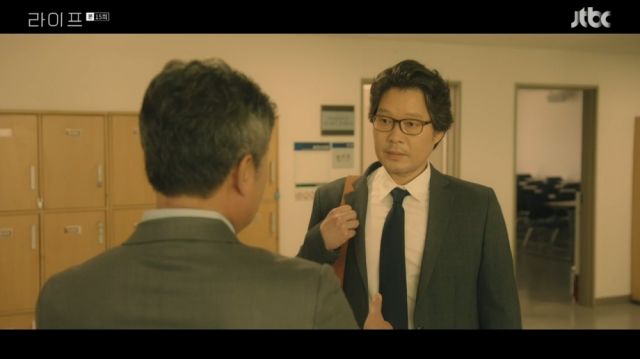 "Life" is equally floundering on some of the "good" character arcs. There are a lot of people here who have not been used to their fullest potential. At the same time, there are a few scenes which are still on point, and Kyeong-moon's monologue is one of them. He has had some of the nicest growth, becoming someone who dares as much as he cares, rather than the original shadow of a leader being egged on by a junior.

What I hope to get from the last episode is the self-aware conclusion that there are no easy, quick or miraculous answers when it comes to running a charitable organization in a capitalist society. If this muddled last act can bow out gracefully, it can do so by admitting defeat in the face of a story which wanted to be too much, and ended up being much less than it could have been.