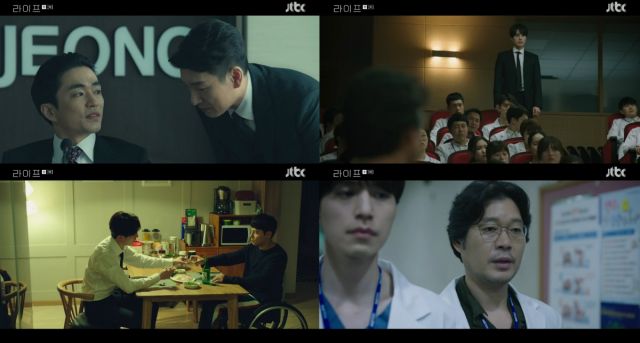 The fight for Sangkook University Hospital has begun, and the arrival of someone probably already being burned in effigy by the staff brings a lot of nastiness to the surface. While Jin-woo struggles to find information and allies for his plans, the aforementioned Seung-hyo is already reworking the hospital from the ground up, eager to cut away the parts that do not suit his needs and the greater ambitions hidden behind them.

Episode two pulls back the curtain to focus on the other side of our lead coin. While the staff brands him a villain, the writing is more realistic in its approach. Seung-hyo's (Cho Seung-woo) motives are business-focused and his methods manipulative, but his take on the staff's own dishonesty is not wrong. He is exposing an elitist behavior born of the hospital's status. He is the most dreaded type of an antagonist, because he sees right through his adversaries. 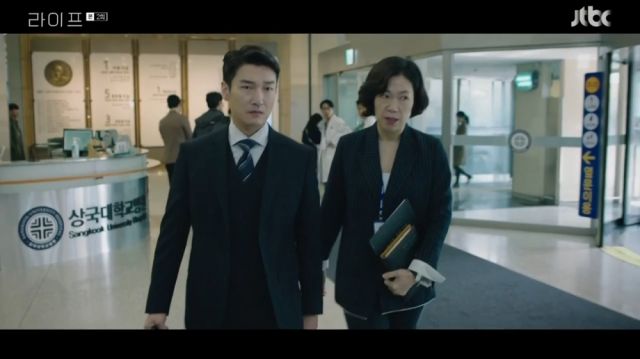 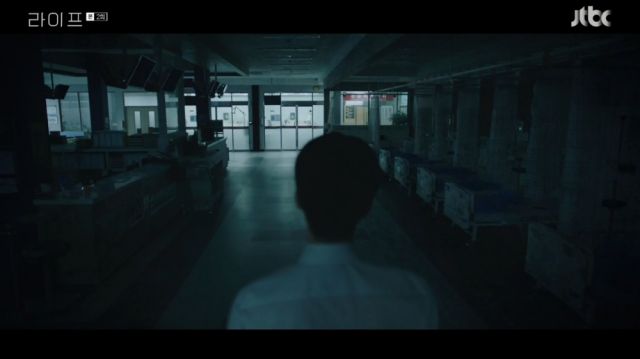 The staff have every right to be angry at the lack of transparency, but many seem to simply dislike the inconvenience this will cause their careers, while remaining willfully blind to the reality that even hospitals need to be functional and sustainable as organizations. There are two sides here, one using the front of idealism and caring for Seoul patients, and the other using pragmatism and caring for rural patients, while both having personal gain and comfort in mind.

There are always exceptions, of course. Joo Kyeong-moon (Yoo Jae-myung) is fighting a losing battle against a dysfunctional system, and Jin-woo (Lee Dong-wook) is clinging to nostalgia. His vision of the ER going dark and decrepit is the chilling realization of a man who has more to lose than a cushy job. He lost a father figure to betrayal and death, and his home is now under attack. It feels like Jin-woo is afraid to move past the world that he knew, and the choices that he made; a fear his hallucinations paint very clearly. 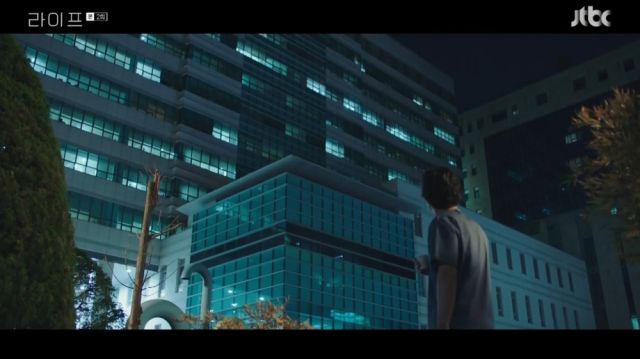 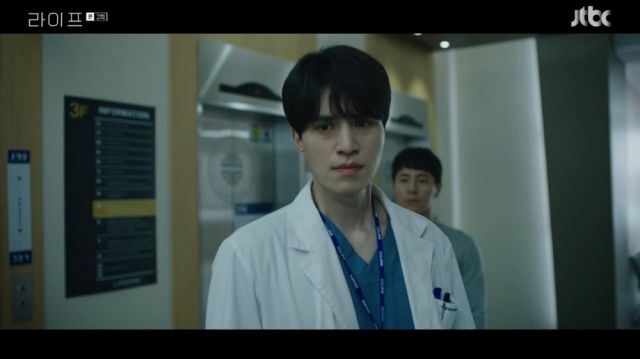 I love the focus on the characters and their driving forces. One issue I have with writer Lee Soo-yeon-I's previous work, "Secret Forest", which I am currently watching, is that there is very little personal connection between the developed characters and the case they work on. From the victim to the setting, everything is personal for those working at Sangkook University Hospital. The characters of "Life" that I am growing to like have their own stakes in the story, which engages me more.

I look forward to unraveling them all. From reactionary queen Oh Se-hwa (Moon So-ri) to the perpetually tired Kyeong-moon, and obviously the fresh overlord, Seung-hyo, who seems to have a soft side as well. My hope for "Life" is that, aside from the potential murder mystery and hospital politics, we will see a story about balancing between one's calling and personal wants, as well as the realities of an organization and its intended selfless function.