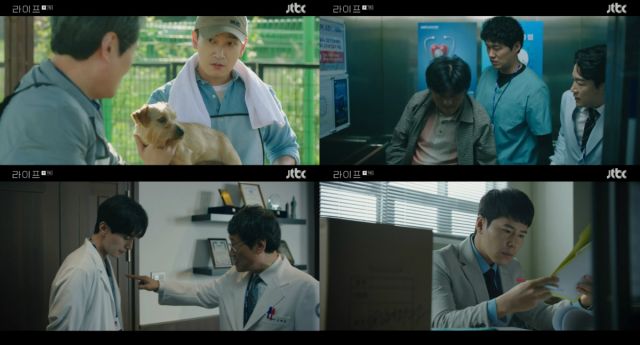 The time has come for Seon-woo to enter the fight for Sangkook University Hospital, and the plans hidden behind his involvement strengthen the front forming against the hierarchy's worst. No-eul gets a little wake up call about Seung-hyo's methods, which nonetheless seem to have some genuine concern behind them, at least on a personal level. Our president dearest is slowly waking up to the realities of healthcare that need his consideration.

While I am not surprised by the revelation that Jin-woo (Lee Dong-wook) is the one behind the battle against Tae-sang (Moon Sung-geun), I am curious as to why it had to remain hidden. The series so far has been pretty clearly using Jin-woo as a secret rebel for audiences to follow, so this is an odd element to use for short-lived mystery between these two episodes. On the other hand, it does make Seon-woo's (Lee Kyu-hyung) involvement more impactful when revealed. 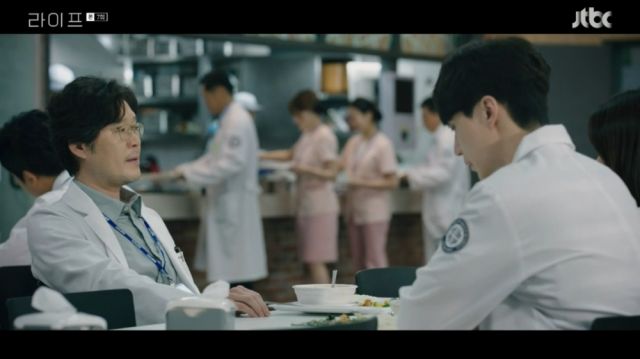 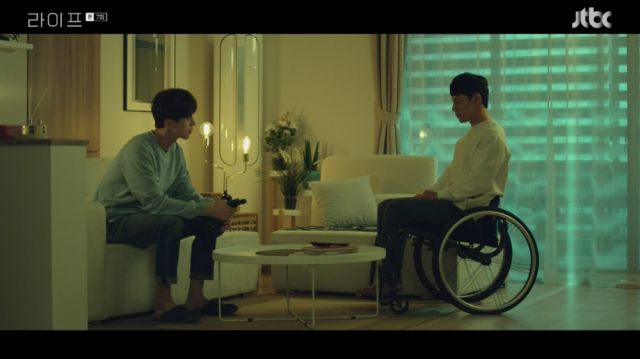 More importantly, it sets up another person close to Jin-woo for a fall, and further develops his potentially detrimental to others methods. Jin-woo wants to fix things without being exposed, and while trying to stay in place long enough to make a difference is a sensible approach, he instigates others to exclusively shoulder the danger. Kyeong-moon (Yoo Jae-myung) and Seon-woo are two people who genuinely want to support him putting themselves in a tight spot in order to do so.

This is perhaps the reason why Seung-hyo's (Cho Seung-woo) bold approach seems more appealing, and more likely to work for the hospital's betterment, which brings us to what the late Bo-hoon (Chun Ho-jin) reminded our president; those without power have less wiggle room. Seung-hyo can afford to be bold, because he is in control. Jin-woo is replaceable. As easy as it may be to like the Scrooge becoming soft to children and dogs, the story does not let us forget his privilege. 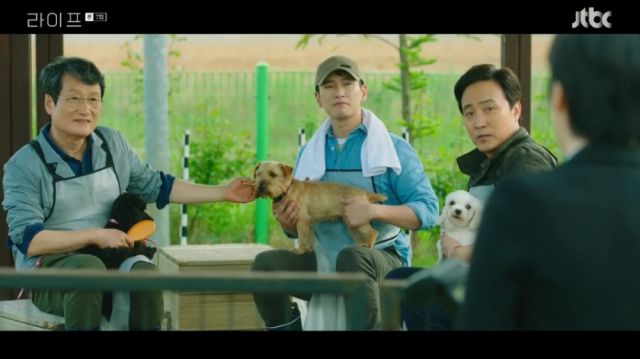 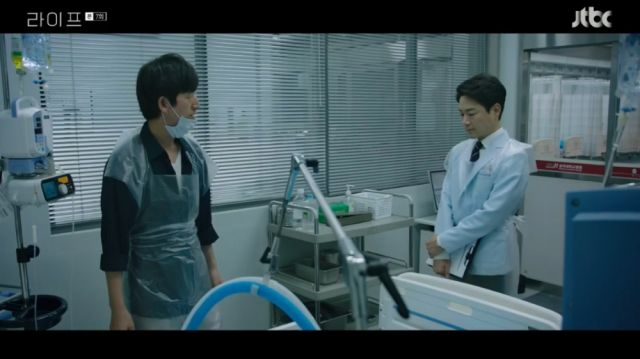 I recently started to worry about where the series was headed without a main conflict or deeper focus, so I am glad to see that it tackles things one at a time. This time around it takes a look at organ donations, and the unique challenges that come with approaching loss from the perceived position of a winner. We think of doctors, hospitals and pharmaceutical companies as a necessary, privileged evil, and that mindset can taint their efforts.

I wish to see this for the other departments, most of which have chiefs who are still caricatures. Perhaps this is a balancing act between a more catchy, dramatic approach, and a more straightforward script. From the insufferable music to the constant physical altercations and heightened emotions, it seems that "Life" might be trying to have its cake and eat it. I hope that these, and any temptation for romantic tropes will be restrained.