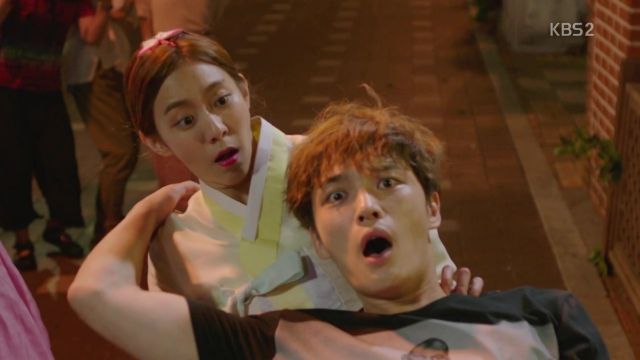 The first episode of the time travel romcom "Man-Hole" came and went in a blur. Directors Park Man-yeong and Yoo Yeong-eun-I writer Lee Jae-gon deliver a fast-paced, frenetic opener that rushes by a little quickly to stick.

The premise stands on the time old concept of a man in love who is desperate to stop the woman of his dreams from getting married. "Man-Hole" adds in a, well, manhole through which the main character Bong Pil (Kim Jae-joong) travels to the past to win over his love. And he needs the extra time. Pil is a spastic, jobless whiner who gets on everyone's nerves, including those of his love, Kang Soo-jin (UEE). He spends most of the episode hitting up all of his friends for advice on how to stop her wedding and complaining about his aching heart. Although this is obviously a ploy to introduce the cast, watching Jae-joong flail around for almost the entire episode was intense. Only near the end did the energy shift as Pil became more contemplative and it was a much needed respite. Hopefully Pil's turning includes taking a chill pill. 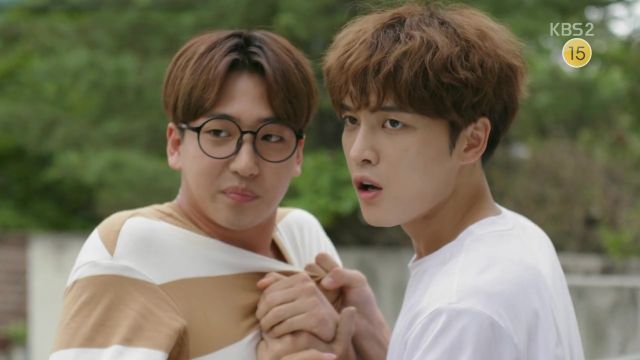 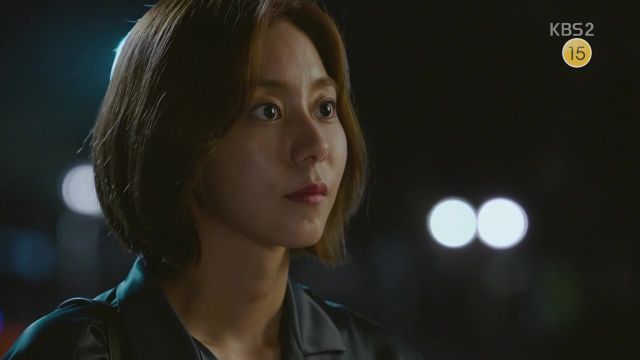 The rest of the cast was in no way amazing or terrible - at least not yet. They were overshadowed by the energy of Pil. When I see Jang Mi-kwan as Park Jae-hyeon, Soo-jin's fiance, I still see him as the kidnapper in "Strong Woman Do Bong-soon". UEE was charming as always and Baro adorable, but I'm holding judgement until we see more of them.

Small moments of aural humor - like a goofy spot of music or waterslide ride down the manhole - were welcome respite. Unfortunately, they didn't quite fit in with the slapstick feel of Pil's character that was so overwhelming. I am interested to see how the time travel mechanism works, especially since the final scene gave us a taste of Pil as a fish out of water, which is ironic since he's visiting his past. 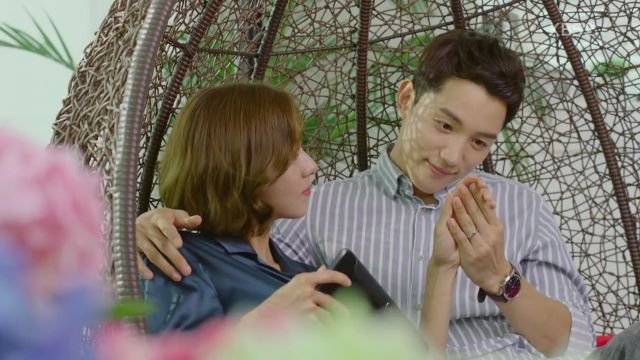 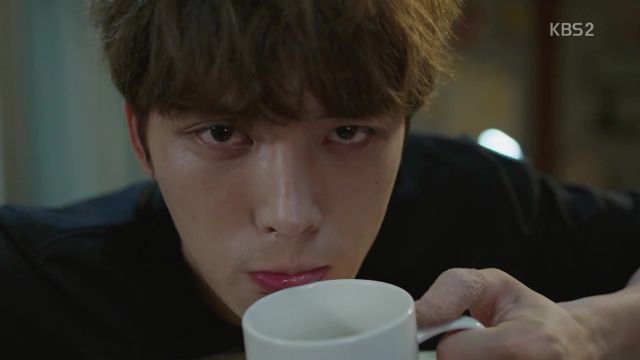 I'm relying on the second episode to give me more to go on. Until episode 2!

Watch this episode on Kocowa