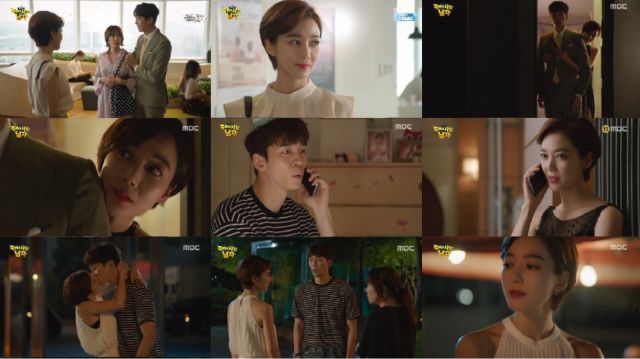 And there's always the excuse of the goofy props that Count Said Faid Ali proceeds to wave around with his wild gesticulations in further scenes. Although ridiculous as they may look, there's still further metaphorical meaning. Kimbap is a food that strikes Count Said Faid Ali profoundly in the heart, even as until receiving some of it, he had never really thought much about it since leaving Korea. But with the other Ji-yeong, even complicated business talk can't disguise the obvious boredom these two have with each other.

These dualing subplots, nestled in the larger grand plot of "Man Who Dies to Live", make for an unexpectedly intriguing commentary on adultery and its relation to desire. Divided as the story is into cool successful people and a boring couple who are easily bullied, we would expect the latter to want to be the former. Instead, as Ho-rim gets a better understanding of how painstakingly artificial the other Ji-yeong really is, the more steady progress he makes toward developing a badly needed backbone.