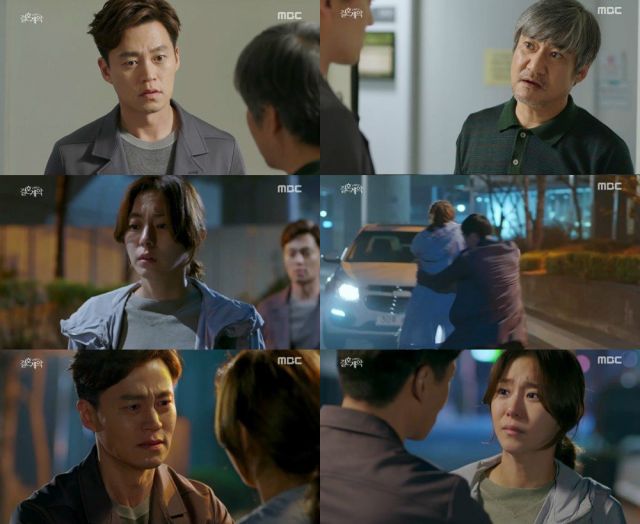 Much as he's smarting from Hye-soo's rejection, Ji-hoon is still dealing with too many problems with regard to his mother to take in the insult all at once. He's suspicious of Hye-soo's motives, but absent concrete evidence, Ji-hoon is hesitant to respond too strongly. Well, evidence or affection anyway. It's pretty hard to escape how brightly Ji-hoon lights upon being reminded of Eun-seong and her kitties in nearby proximity.

Hye-soo's resistance, to be sure, feels quite unnatural. That kind of cold logical reasoning is so poorly suited to her personality that it really does tear her apart. Even the basic fairy tales Hye-soo reads to Eun-seong to put the little girl to bed have these basically optimistic moral lessons which define love as having a kind of magical property. It's telling that while Hye-soo clearly believes Ji-hoon has the potential to be a good person, ultimately she's merely doubtful that this is enough.

The tears, more than the plot, are what really tell the story in "Marriage Contract". One of the big reasons that have been offered for how Korean dramas became such a big phemonenon is simply that the men cry. And lo and behold, Lee Soo-jin sheds tears with the best of them. It's not just an arbitrary out-of-nowhere thing, though. Ji-hoon's character has been building up to gaining a better appreciation of his emotions. It's only after crying for the sake of his mother that Ji-hoon can then cry for the sake of himself, pleading with Hye-soo.

Hye-soo's tears are pretty heartfelt, too, because even if she can push herself from Ji-hoon, it's much harder for Hye-soo to stay apart from Mi-ran. Hye-soo grew up without a mother, and here's Mi-ran, a motherly figure with almost no real family to speak of. That makes Mi-ran obviously pitiful- in the sense she deserves pity, and Hye-soo is relieved that story line does not, for the moment, appear to be ending tragically.

It does feel a bit ridiculous for me to be praising "Marriage Contract" on account of it being very good with tears, but what else can I write except that I really like and can identify with these characters? One of the advantages of the kind of effective genre fiction story "Marriage Contract" is telling is that even if you missed the first ten episodes, it's easy to tell who the characters are where they all stand. Especially when, as at the cliffhanger, they can explain their motivations so beautifully.