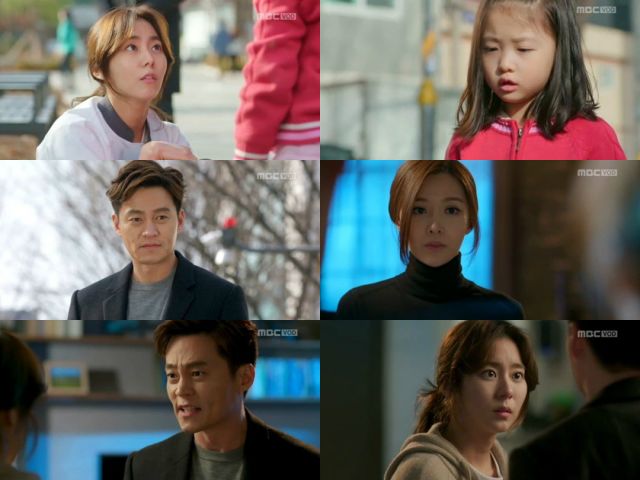 The thaw between Ji-hoon and Eun-seong continues. Whether Ji-hoon is actually a good person at heart remains a metter of debate, but in short order Hye-soo lays out several compelling arguments for why the guy at least deserves a chance. However incidental his motivation may have been, Ji-hoon did a huge favor for Hye-soo and her daughter. What's more, he clearly appreciates the sacrifice Hye-soo is willing to make for the sake of Mi-ran. So, too, does Mi-ran appreciate the degree to which Ji-hoon and Hye-soo want the older woman to remain alive.

Seong-gook, too, shows a fair amount of interest in what exactly is happening with Mi-ran. This I find interesting because it demonstrates that Ji-hoon and his father might not be so different after all. Seong-gook will show interest in doing the right thing eventually, provided that obstacles are thrown up to prevent him from doing so. It's sweet watching Seong-gook show concern when this, of all times, is when Ji-hoon wants his father to not pay attention.

What's sad about Ji-hoon's family is that they're very avoidant of conflict, and know full well that this their other questionable attitudes have made Ji-hoon averse to commitment. Yet even knowing this, they still have trouble coming up with a legitimate excuse to confront him. Never mind the wacky marriage contract. Jeong-hoon (played by Kim Young-pil) can't even bring himself to ask why his brother and fiancé obviously seem to know each other.

Na-yoon, for her part, has been going through an awful lot of effort to torpedo any kind of audience sympathy. It's doubtful that Ji-hoon would be receptive to her overtures in even the best of circumstances. But Ji-hoon is especially unlikely to betray his brother for her sake, particularly when Na-yoon's attitude alternates between thinly veiled hostility and weird nostalgia. Although overall, Ji-hoon won't betray his brother more out of obligation than loyalty, which is oddly stiff.

So as usual most of the dynamic character-driven material goes on with Ji-hoon and his family, while Hye-soo is left with the more standard melodrama. That much can be easily justified by Ji-hoon having a family while Hye-soo does not, although there is irony in that. Hye-soo is a somewhat indulgent mother who still maintains a close relationship with her daughter. Ji-hoon and his family are all somewhat indulgent, yet they fail to approach anything that can really be called genuine affection.