[HanCinema's Drama Review] "Marry Him If You Dare" Episode 11 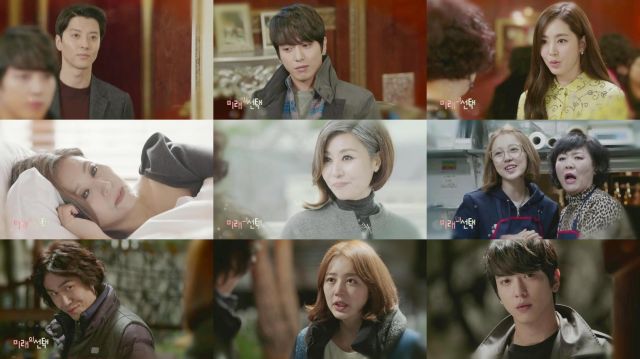 Kim Sin tried to shake up the status quo in the last episode's cliffhanger and, well, the scheme didn't really work that well. The drama gets in a good gag at the start of this one to mostly defuse the tension of the situation. And from there, it's right into the thick of a complex plot designed to get in a really great news story. That involves Mi-Rae going undercover because...um...

All right, remember the subway plot from earlier in the drama? That worked really well with the overall tone of the series because it was a genuine crisis situation that only the main characters could resolve because of the special information they had relating to the future. But this episode's restaurant conspiracy, by comparison, just falls really flat. The whole enterprise is just needly dangerous. And honestly kind of dumb.

The action Mi-Rae does that blows the whole affair wide open is that she's nice to someone. I'm all for being nice to people, but the reward here seems rather disproportionate. As do the villains' reactions. I want to know what would have happened if it weren't for the elaborate intervention of the goons in suits. What exactly was the end-game for this criminal enterprise once they started taking hostages? Did they really think no one was going to notice? How were they planning on getting a bound adult woman out of the building without anyone noticing?

More interesting possible plotlines also fall by the wayside. Future Mi-Rae's hair is doing that weird graying thing again, but as far as I could tell it passes this time without any sense of comment or urgency and disappears without notice. The only real trace of fantastic elements this time around is that the results of the DNA test come back. But the results aren't exactly a giant surprise, and the way characaters overreact to them feels like it just goes too far.

"Marry Him If You Dare" has been steadily growing weaker, but this is the first episode that really genuinely annoyed me due to its general lack of purpose. I don't think the storyline has actually made anything that could reasonably be called progress since the last episode's cliffhanger, and that's really a shame. There's all sorts of fun ways public awkwardness could go but here we are scuttling about in the shadows with these rather uninspired adventures in television broadcasting.

"[HanCinema's Drama Review] "Marry Him If You Dare" Episode 11"
by HanCinema is licensed under a Creative Commons Attribution-Share Alike 3.0 Unported License.