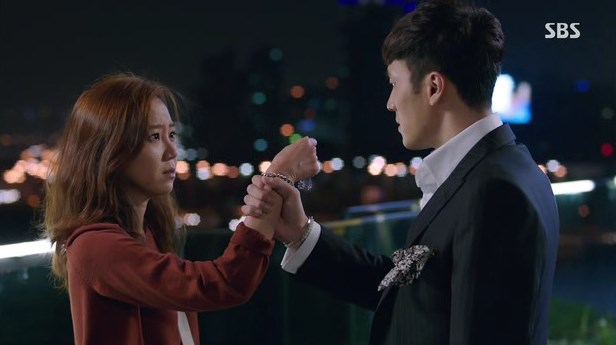 "Master's Sun" episode 14 is a veritable game of cat and mouse. Joong-won desperately attempts to catch avoidant Gong-shil and figure out the truth of their past relationship and the missing time in his memory. In her nobly idiotic attempt to keep him safe from her and her terrifying world, she repeatedly asks him to leave her be, but he doesn't. In fact, he is so persistent that he finally figures out how to regain his memory through a solution that seems a bit too convenient: he has to remember what he lost while he was a spirit. It would have been nice had the solution been more complicated. In any case, once Joong-won remembers, he refuses to let Gong-shil push him away anymore. 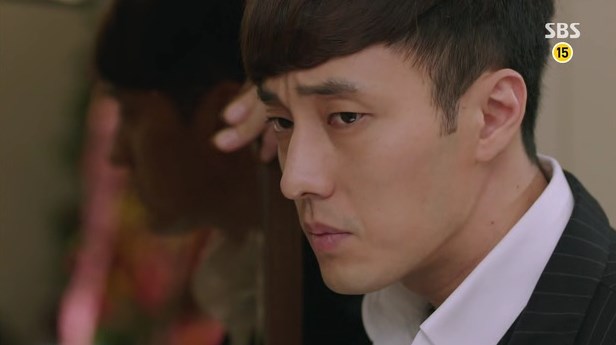 This was really Joong-won's episode and So Ji-sub's chance to shine even more than he already has. He has been changed by Gong-shil and even without his memories, those changes in him are evident. He is less rigid and uptight; he cares more for people. Gong-shil, on the other hand, stagnates. She made a deal with the creepy ghost matchmaker and traded her life for Joong-won's. Now she has to hunt graveyards for souls of single women for the rest of her life rather than pursue her dreams. Because of this, she remains sullen and broody. It is Joong-won's turn to bring her out of herself like she did with him and her turn to love him as much as he loves her. This kind of emotional development is what has made this drama so effective. 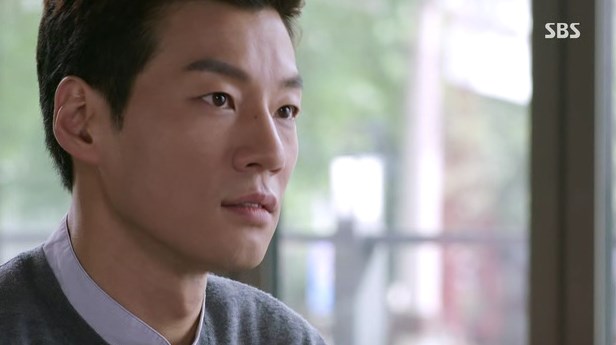 In terms of the plot, more is revealed about Gong-shil's past and the people in it. Lee Chun-hee guest stars as a mysterious man who can also see ghosts. He knows Gong-shil and her situation and has kept an eye on her via the teenaged ghost who always begs Gong-shil for coffee. It's about time her past is addressed. The show has been stringing the viewers along with unsatisfying morsels like "she was in a coma for three years".

Combine the unfolding mystery of Hee-joo, her living twin sister Han-na and Gong-shil's unknown accident, there is a lot of ground to cover in the next three episodes. This is good because this show will need a lot of material to get through the extension. Thus far, the Hong sisters creativity has birthed an engaging story, likeable characters and an intriguing new world. Also, that creativity always manages to smooth over awkward patches in the drama.

The next three episodes should encompass more forward plot motion and less reveling in emotional development.