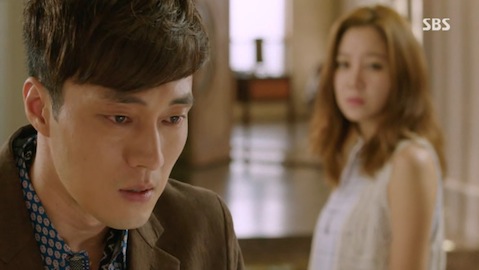 "Master's Sun" experienced a large shift in tone, which makes sense at this point in drama time. Usually episode 8 in a sixteen-episode drama brings about a big plot turn. It is also almost always one of the most unpredictable and uneven episodes in dramas because of the need to introduce the new idea that will sustain through the rest of the show. This episode was no exception. It teetered between the lame ghost-story-of-the-day, the developing romance between Joong-won and Gong-shil and focusing on unearthing the truth behind Joong-won's kidnapping. 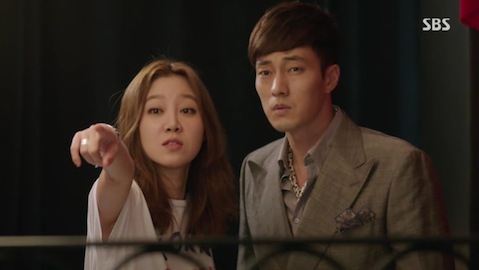 The major change in the story is that Hee-joo's involvement in Joong-won's past will now be an even larger focal point. Kang Woo has given up on his romantic aspiration for Gong-shil because he discovered her involvement in Hee-joo's investigation. Although he likes Gong-shil, he chooses work over love because she is obviously falling for Joong-won and Kang Woo can't handle his jealousy. It's a necessary shift in focus, but I will miss Kang Woo and his puppy love.

Then there is Joong-won's father who, after fifteen years of seeming disinterest in his son, has begun to dig for information on his life and the people in his life. He believes that Hee-joo's involvement in the kidnapping was not as the victim, but as the culprit - he would be right. Joong-won, for whatever reason, most probably because he loved her, will not reveal that he knows she is the culprit. The father is also interested in Gong-shil and her role in Joong-won's life. That means that Kang Woo will continue to dig into her life and into her past and that his romantic feelings for her will complicate things. 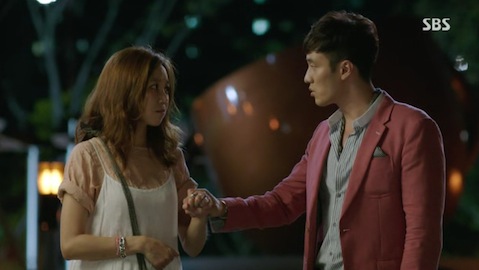 Hee-joo's entrance into the foreground of the show also turns the tables between Joong-won and Gong-shil. It only happened briefly at the very end of the episode, but Joong-won asks Gong-shil to protect him from Hee-joo's eyes. He did not want to show her his pain and weakness. It is now Gong-shil's turn to truly give back to Joong-won.

The ghost-of-the-day was weak and purely utilitarian. It's sole purpose was to force Joong-won and Gong-shil together and to allow them to express their feelings for each other through a forced situation. It was difficult to feel empathy for the ghost, mostly because she was not a ghost, but a woman in a coma who wanted to escape her life. There was no moving impetus for her soul to escape her body and no reason for her to be in the episode. A real water ghost would've been more fun and would've had a larger impact.

Highlights of the episode centered on the interactions between Gong-shil and Joong-won, particularly the detailed discussions of the appropriate ways in which they can be physical. Joong-won constantly seeks to redefine his relationship with Gong-shil because his feelings keep growing for her: she can only touch his forearm. Then, she can hold his hand to save face when workers speak badly about he.

She, too, is finally beginning to reciprocate and watching them dance around each other and using words to guide their physical relationship is both hysterical and romantic. These interactions kept this episode from being too convoluted by the shift to focus on Hee-joo. Hopefully, the story will settle soon and continue to be a comedic and romantic treat.