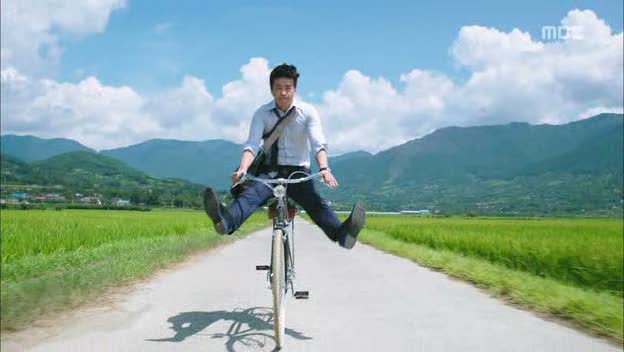 "Medical Top Team" started off shakily, but gradually grew stronger and settled into a fast-paced groove. It is a clean, beautifully shot episode with brisk medical scenes, plenty of well-explained medical jargon and quickly established relationships. This is only to be expected of Yoon Kyeong-ah, the writer who penned the slick, 2011 medical drama, "Brain" and director Kim Do-hoon of "The Sun and the Moon".

The story is about the titular "Medical Top Team", an idea formulated by the cool Dr. Han Seung-jae (Ju Ji-hoon). There will be a competition to gather the best doctors around. These doctors will be given the finest resources, hefty funding, and no outpatients. Seung-jae has something to prove with the Medical Top Team project because he is the bastard son of the chairman of the hospital. He needs the project to go well and that taints all of his relationships, including the flirtatious one he has with thoracic surgeon, Seo Joo-yeong (Jung Ryeo-won).

Joo-young is serious to a fault and doesn't show weakness, which is an issue. She is also in charge of two other surgeons who are close friends, Lee Ah-jin (Oh yeon-soo) and maknae Kim Sung-woo (Choi Minho). Sung-woo has a crush on Ah-jin and will do anything for her despite the fact that she likes her kindly sunbae, Dr. Jo Joon-hyuk (Park Won-sang). It's a typical set-up, but it is well-acted and organically-written.

Last is Park Tae-shin (Kwon Sang-woo), a genius surgeon who is doing pro-bono work in the countryside. He is confident of his skills, but he also loves what he does. Kwon Sang-woo is absolutely winning as Tae-shin who makes his entrance during an interview for a job at an American hospital. As he leaves the interview, he notices a woman who is limping and saves her in a dramatic, and destructive, display of creativity in the middle of a medical convention. Joo-young would prefer to wait for the medics, but Tae-shin is swift and sure in his diagnosis and treatment. He seems arrogant, but his joy in helping is the center of his character. 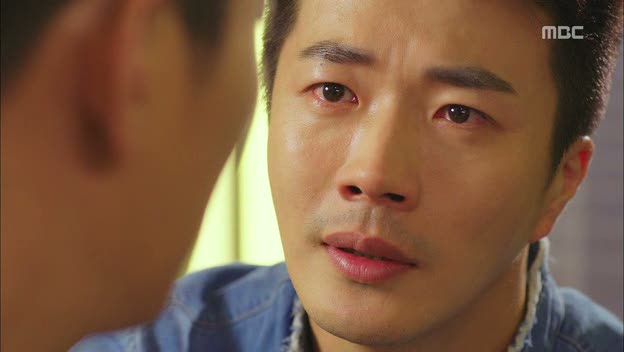 Joo-young doesn't see the joy; only the arrogance. Tae-shin tells her to confirm his diagnosis and buy him dinner when the tests show that he's correct. She later learns that he is, but would rather give him money than eat with him. Thus, their antagonistic relationship is established. Again, it's a typical setup, but underneath that set-up is a grudging respect for the others' skills and that is moving.

When a beloved patient at Tae-shin's countryside hospital gets seriously ill, he rushes her to Joo-young's hospital for special surgery. Unlike the overly dramatic save at the medical convention, this situation is raw and believable. The little girl snuck out of the hospital to find the mother who abandoned her and got sick on the way back to the hospital. Tae-shin's worry for the girl is palpable and he begs Joo-young to save her. Joo-young agrees, but has to renege on her promise when the high-profile minister she is in charge of crashes and needs surgery. It's a touchy situation, but she chooses the politically powerful minister over the little girl - a situation that often happens.

I love Joo-young's decision in terms of storytelling and character development. This woman is gung ho about furthering her career and chooses to further that career rather than honor a promise. Then, in the operating room, Joo-young refuses to acknowledge that her injured hand is troubling her and thereby endangers the patient she chose to treat. After deciding to operate on the little girl himself with Seung-jae's begrudging permission, Tae-shin heads to the Joo-young's operating room to help her with failing surgery - the episode ends.

The ending moment is tense, the music is string-heavy and fast, the dialogue is tersely delivered. It's exciting, but "Medical Top Team" is nothing new. It's just another medical drama full of genius doctors. However, the emotions are raw, the conversations are natural and that's what I want to see. I want people to act like people and have flaws. I want the story to have something that I can relate to, and it does. There are friends and enemies, medical problems. There is flashy camera work and great music. Overall, I'd say "Medical Top Team" had a strong start.