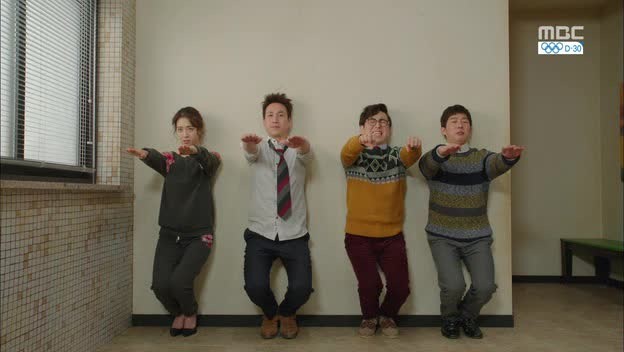 "Miss Korea" alternates between the adorable, the serious and the nonsensical. The romance between Ji-young and Hyung-joon is engaging. It addresses important issues like how women sees themselves, plastic surgery and the IMF. But then the way Hyung-joon and Ji-young interact after their history is completely confusing.

Let's start with the romance. Lee Sun-kyun and Lee Yeon-hee have delightful chemistry and their onscreen pairing is fun to watch. They are lovers from the past who did not end off well the first time trying to re-establish what they deem a working relationship. What confuses that relationship is their history, which is to be expected. What is hard to grasp, however, is the fact that Ji-young seesaws severely between how she treats Hyung-joon in a way that is more than just a relationship confounded by youth and time.

Also, because this show has been making comments on how Korean society treats women, I've been hoping for more aggressive attacks on how badly Hyung-joon treated Ji-young in the past and how he treats her in the present.

The relationship I enjoy more than Hyung-joon and Ji-young's is that between the despicable, yet pitiable, Seon-saeng and the brave Hwa-jeong. There is clear attraction between them and very definable obstacles that they both address. The obstacles don't magically disappear and reappear for the plot's sake (as they do with Hyung-joon and Ji-young's relationship). Both actors have a keen awareness of how to convey the tension in their relationship, especially Lee Sung-min who is the powerhouse of "Miss Korea". There is one moment where he smiles through his tears, asking for Hwa-jeong to forget dire realities and cave to fantasy. It's poignant and the moment encompasses everything "Miss Korea" envisions to be: a story about struggles to regain one's footing and make it to the top.

But that struggle is made more difficult because it's everyone else's story as well. "Miss Korea" is doing a wonderful job of incorporating the fear that pervaded 1997 South Korea. A score of radio and television sounds is constantly run in the background of half the episode, creating a constant level of tension that is well thought out.

Despite the IMF tensions, the show still has this strangely light-hearted feeling to it just as Pasta did. It is a breezy watch despite the subject matter. There are cute moments of Ji-young and her team working out together so she won't have to suffer alone. Despite the fact that the team is a floundering mess and it knows nothing about how to create a "Miss Korea", their efforts are heartening. Their goal isn't realistic, but this drama seems to be more about creating a mood and making social commentary than it is about creating true-to-life situations.