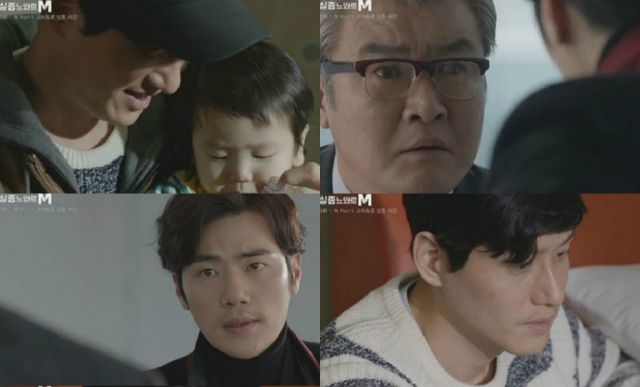 This mystery's format somewhat disappointedly takes the same overall thrust as the last one. We discover, as expected, that the apparent victim in this case isn't quite so innocent as he may have initially appeared. What's more, there's a lot of lateral thinking involved here to figure out just how far this conspiracy extends, and how many characters have hidden agendas and past crimes that they're making a point of covering up.

I can't quite decide whether I found the elaborateness of the plot here to be annoying or not. On one level "Missing Noir M" is a crime procedural, so of course the characters are going to end up take a complicated solution rather than trying to move past their grief like normal people. Even so, this particular plan appears to have been several years in the making, and involved multiple characters making permanent life decisions. That's quite a bit of a sacrifice.

More problematic is that it's hard to see how the next mystery could really one-up this one. Well, there is one rather suspicious plot point. To date it's seemed like the main detective team is actually made up of chumps who are only barely able to keep up with ordinary criminals fast enough to prevent disaster from happening. Yet here there's the very clear implication that Soo-hyeon actually knows more about what's going happening than he lets on- and that this isn't just a matter of deductions.

This isn't a bad episode. The repetition is somewhat worrisome but "Missing Noir M" has been a strong enough product to date that I'm willing to grant the production team some slack to consider that we actually are moving forward into the long term. Even if the characters lack much definition now, there's certainly potential for the situation to get more chaotic. And the fallout in particular could make for some pretty spectacular stuff.

However, good potential doesn't necessarily make a good episode either. In any case, the mystery is still engaging and solvable- which is the main important part of crime procedurals anyway. Exaggerated motives and actions notwithstanding "Missing Noir M" is still just believable enough to not seriously strain the willing suspension of disbelief. But this is faint praise, and I do hope the drama will make a return to stronger form, and give us some more innovative ideas to fall back on. Or build a better unifying thread. Either one would be good really.