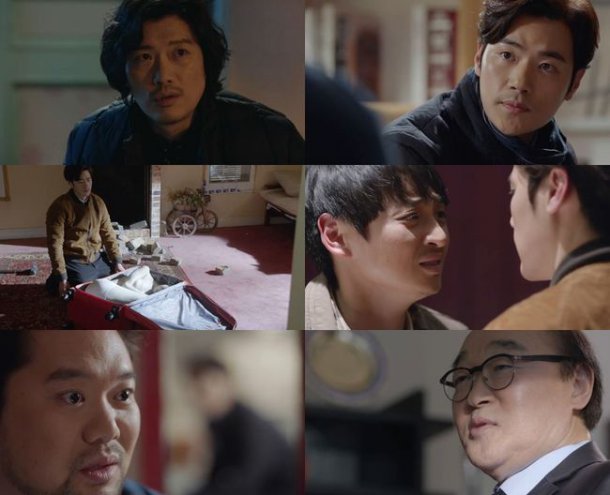 It's getting difficult to recommend "Missing Noir M" at this point. The issue isn't that the drama's getting bad exactly, but more than the stories are consistently really kind of dispiriting. This is even explicitly discussed at the end- technically this is once again another mostly happy ending where no one actually got hurt. Or at least, no one got hurt who didn't already mostly deserve it. Poetic justice is a pretty sorry recompense for serious loss though.

This is all only made more clear by the shift in format. This mystery is only one episode long. However, it's a rather long episode, and the continued emphasis is more on the depression than the actual mystery. The present-day culprit ends up being caught fairly easily, and even the epilogue mostly manages to just drag out a greater sense of discouragement. There's not even much time to prepare, given that this is the first stand-alone episode.

So, as for the other elements...I can't help but find it kind of amusing how Soo-hyeon, Dae-yeong, and Seo-joon all happen to be hanging out in the same house. These moments almost make "Missing Noir M" seem like a more lighthearted drama about a bunch of roommates who happen to solve crimes in their spare time. Then Dae-yeong goes to the club and appears to reenforce that sentiment, before we're eventually reminded that this entire story has, like the other ones, imminent life-threatening consequences.

The clues of the mystery are fairly well-constructed too. Although it does need to be noted that this episode probably won't be much fun for deaf listeners. A significant element is just puzzling out what could be causing certain background noises. The logic is perfectly sound, the solutions and the turnabouts make perfect sense, so the episode works out all right.

It's just, the depressing tone seems to be a tad much. The problem isn't a big one- depending on your personal tastes and preferences it might not actually even be a problem at all. But it does present a worrying issue of escalation. At this point "Missing Noir M" has so thoroughly exhausted by palate with tragedy I'm just not feeling much of an emotional after-effect anymore. Structural modifications notwithstanding, we've pretty much watched three identical stories in a row. To some extent the dedication to consistent tone is an admirable one- at the same time, it gets to be somewhat repetitive.