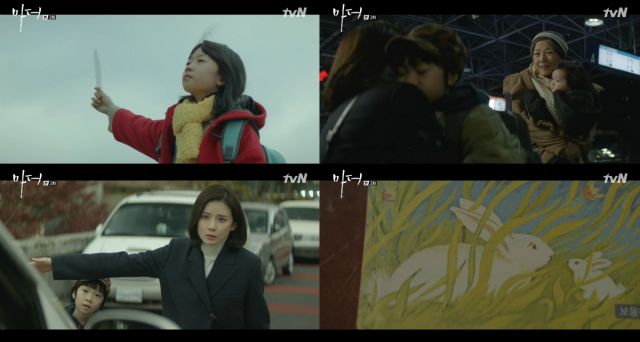 The world in "Mother - Drama" is most definitely not wonderful and our runaway heroines get to experience another dark side of it. Soo-jin's plan is rushed and sorely flawed, beginning with how the two will hide their identities together. They meet someone who can help, but it is not the person such stories usually go for. Meanwhile, the police becomes involved and the detective in charge is starting to get the idea of what Hye-na's life at home entailed.

We are so used to stories about protagonists meeting good Samaritans who help them along an arduous journey, but "Mother - Drama" makes sure to turn everything we know upside down and deliver a reality check. The episode makes Madam Ra (Seo Yi-sook) increasingly twisted and disgusting, giving Soo-jin (Lee Bo-young) and viewers a solid look into what going underground means. Soo-jin clearly never considered how many crimes she would have to commit for this plan. 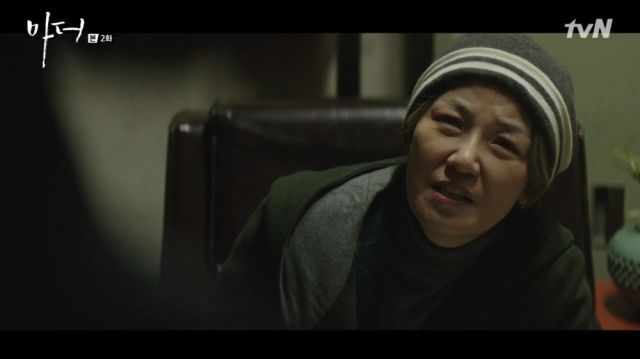 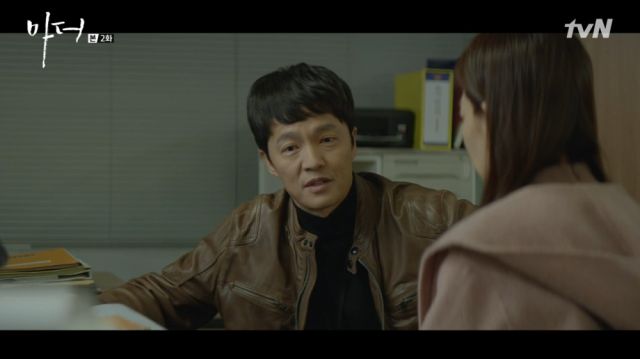 I imagine that more good people aside from Teacher Song Ye-eun (Song Yoo-hyun) will cross her and Hye-na's (Heo Yool) path, however, and perhaps Detective Chang-geun (Jo Han-chul) will be one of them. The law is rarely functional in Dramaland, and this include detectives and other police force. The ones who are a balanced combination of smart, capable and morally aligned with good are rare, but I hope that he will be one of the good ones. He holds such an interesting position in the story and I look forward to his moral dilemma.

The drama tackles social commentary head on and our characters are caught up in flawed systems, but their interpersonal relationships continue to develop. The bond between Soo-jin and Hye-na is the core of the story, but bonds can never be forced. Our little one's hesitation to call Soo-jin her mother outside of public situations further solidifies the complexities of Soo-jin's decision and what it can do to her and Hye-na's emotional and mental well-being. 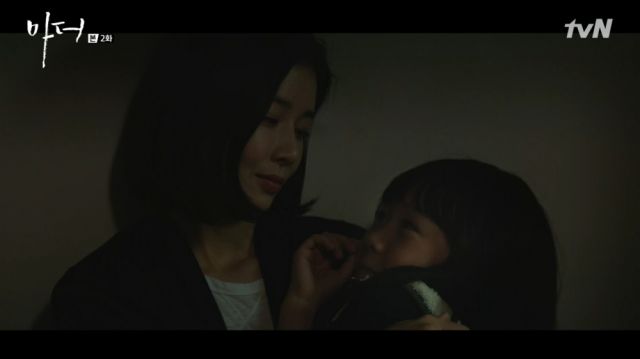 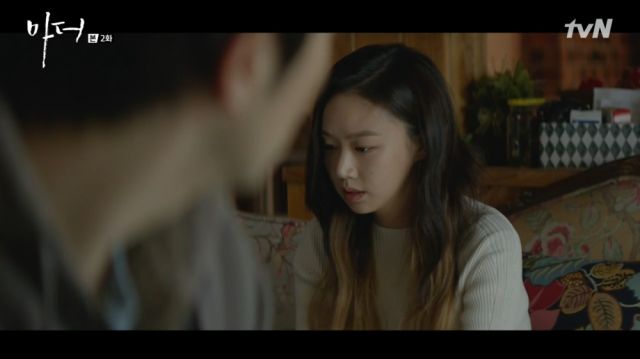 Yeong-sin (Lee Hye-young-I) is still a mystery, but the revelation of Soo-jin's adoption and the cold relationship her adoptive mother seems to have with at least one of her other daughters are telling. I originally thought that Soo-jin's experienced abuse may have been something Yeong-sin was part of, but now I wonder what drove them apart and why Yeong-sin clings so badly. Is it the fear of a child not considered her own by her society leaving for good?

I cannot neglect the third mother figure of the drama and her "boyfriend", of course. Seol-ak (Son Sukku) is one deeply twisted monster, but his belle is not far behind. I call her that, because this is what Ja-yeong (Ko Sung-hee) seems to consider herself as. Perhaps the fact that he is a murderer plays a part in her connection and Ko Sung-hee is just not delivering that, but I hope to see more nuance from her soon.