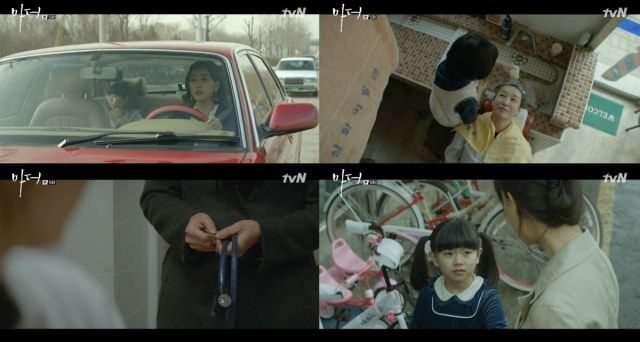 The past hurts, but it never goes away, and the time has come for Soo-jin to face it head on. While Soo-jin is busy helping her adoptive mother with her treatments, Hye-na becomes close with our heroine's biological mother, who in turn finds herself becoming closer than she has intended to all these years. The past is never far behind for Seol-ak either, however. As the monster prepares his attack, a ray of hope for his capture appears.

I feel like calling this episode an emotionally charged one would be unnecessary, because "Mother - Drama" has been that way in its entirety so far. Instead, I see the events of Soo-jin's (Lee Bo-young) current situation as a culmination of emotions which started long ago. As Yeong-sin (Lee Hye-young-I) very aptly describes her, Soo-jin is still the little girl she met at the orphanage so long ago. She has never felt a part of her new family, because she never had closure from her previous one. 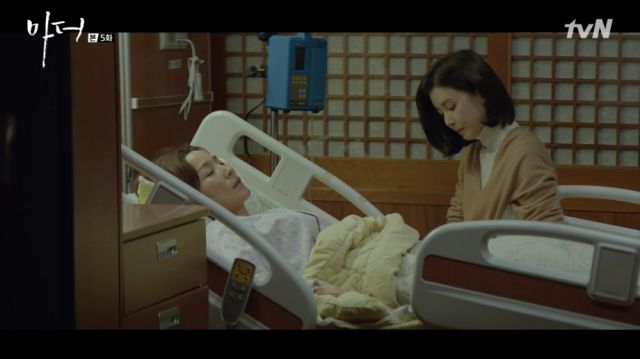 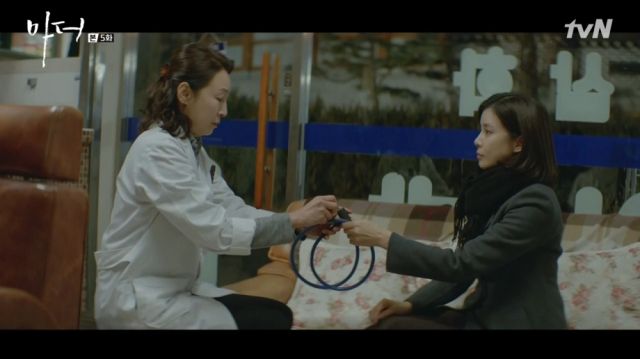 Abuse and abandonment are different, but they are both traumatic for a child. One can try to fix the damage, such as Yeong-sin did with her "manager" approach to a little girl who was too old to see someone else as her mother. However, one cannot always fix lingering regrets and hurt with good intentions and effort alone. Soo-jin's outburst at her biological mother (played by Nam Gi-ae) is a very pivotal scene for our heroine's development, and a very telling one about the influence of childhood trauma in our lives.

Of course, we know that the older woman had her reasons for leaving. My guess is that she killed the abusive husband/boyfriend who hurt Soo-jin as a child. Regardless of her own pain and her own abandonment by the systems which failed to protect them from that abuse, Soo-jin's mother has to face and make up for what she did. This whole situation makes the inevitable meeting between the two mothers one I look forward to, because it looks like they may know each other well. They definitely have a lot to talk about now. 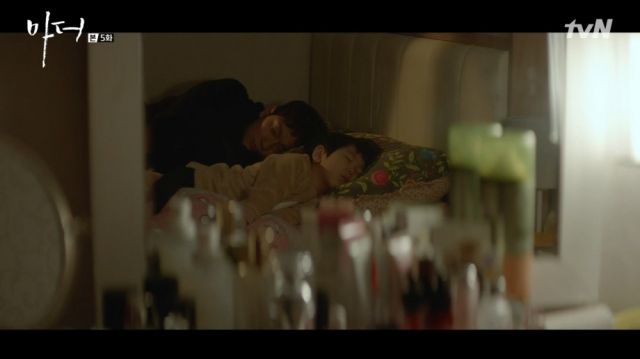 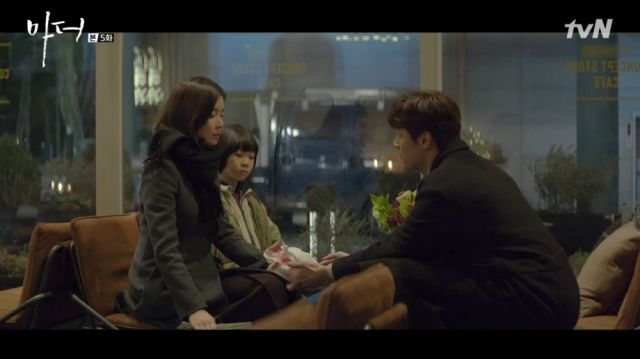 Soo-jin understandably needs a break from all of this. Dealing with childhood trauma and illness in the family are hurtful and exhausting enough on their own, but Soo-jin is also a child kidnapper on the run and a very new, very inexperienced guardian. It looks like the good doctor, Jin-hong (Lee Jae-yoon) will be their next pit stop, and I hope that his genuinely kind personality and caring will help Soo-jin return and face her mothers.

As painful as her past is, she will need all the help she can get, especially now that Seol-ak (Sukku Son) is on the move. Seeing him go through the different families he has ruined is a tough watch, and seeing him so close to children alone with him is nerve-wracking. "Mother - Drama" has built its main antagonist very well, and the actor is doing a fine job. Seeing his ex keep the recording may give me a little sigh of relief, but Soo-jin and Hye-na's (Heo Yool) troubles are just starting.