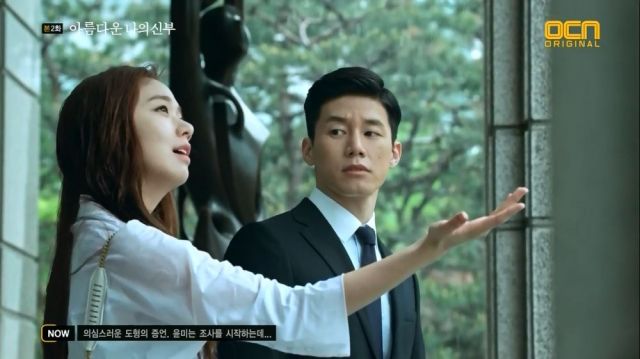 A big part of what often keeps dramas or certain concepts in dramas superficial is the refusal to get real and get dirty. From romance to violence, everything is too black and white and too idealistic. Style and substance are not mutually exclusive, which is frequently overlooked in fiction and especially genres like action. "My Beautiful Bride" is a series which presents a grand romance in a suspense show, successfully combining genres others have failed to.

Kim Do-hyeong (Kim Moo-yul) and Yoon Joo-yeong (Ko Sung-hee) are living a happy life together. That is until Joo-yeong's past catches up with her and she disappears. Do-hyeong finds himself going deeper and deeper into a dark world, as he will stop at nothing to find Joo-yeong. Cha Yoon-mi (Lee Si-young) is a detective who is connected to Joo-yeong and her illegal past. She handles Joo-yeong's disappearance case, which reveals the organization they were both connected to has resurfaced. 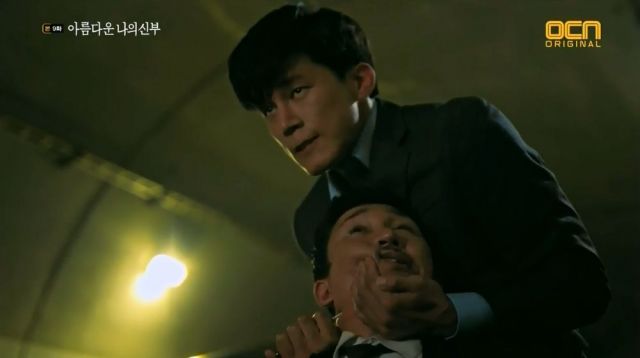 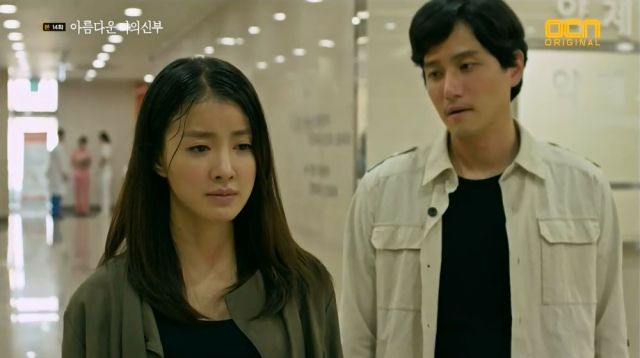 What writer Yoo Seong-yeol has accomplished with 'Heartless City' and now "My Beautiful Bride" is to maintain the grand style and dramatic weight of dramas without sugar-coating the world and characters. This creates an emotional experience which is raw and human, but not lacking in sleek action and presentation. Romance does not sound like something which makes sense as the main draw to an action crime series, but the relationship presented in this work is really the driving force of everything. This is the story of a great love and the man who will protect it. A simple concept the drama's creators are fully invested in.

While all the people working to bring this story to life do well, including a much improved Ko Sung-hee, "My Beautiful Bride" has made the best choice with its male lead, Kim Moo-yul. Kim Do-hyeong impresses from the start of the drama and combined with Kim Moo-yul's performance he becomes one of the most well-presented and unique characters to grace dramas in some time. This is important, as Do-hyeong's journey, his perseverance, emotions and devotion are the series' emotional core. A core which brings everything beautifully together.

As good as the show is, and this statement includes its plot building, it does eventually slip up and is not equally developed in all its important parts. For one, keeping the lovers separated throughout means that the show needs to find ways to achieve that. Unwisely, the writer turns the character of Joo-yeong into someone who keeps getting chased and kidnapped by different parties. It does eventually start to feel silly and repetitive. The series also changes its approach near the end and rushes some developments, which feels jarring and makes the closing episodes somewhat messy. 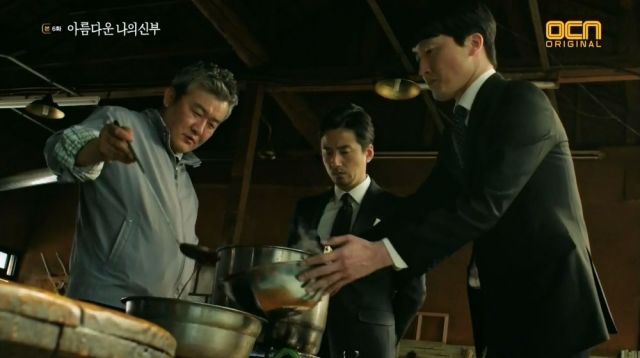 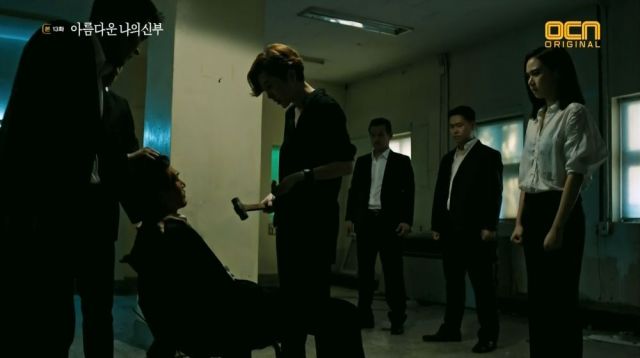 As important as the focus on the main pairing is, the other main characters could have added a lot to the dramatic impact of the show, were they developed more. There are some interesting persons around the couple, but they mostly remain as stereotypical plot devices. This includes detectives Cha Yoon-mi and Park Hyeong-sik (Park Hae-joon), who are pivotal to the plot, but not given enough time to matter emotionally. The villains differ in characterization and while entertaining, they too remain quite simplistic and uninspired.

"My Beautiful Bride" is a great series. The action is thrilling, the story easy to become invested in, its lead is someone whose journey and emotions are engaging. This is a quality drama and a worthy addition to OCN's lineup. It does not escape some bad decisions and its enjoyment largely depends on the viewer being moved by the romance, but it does what it set out to do wonderfully.