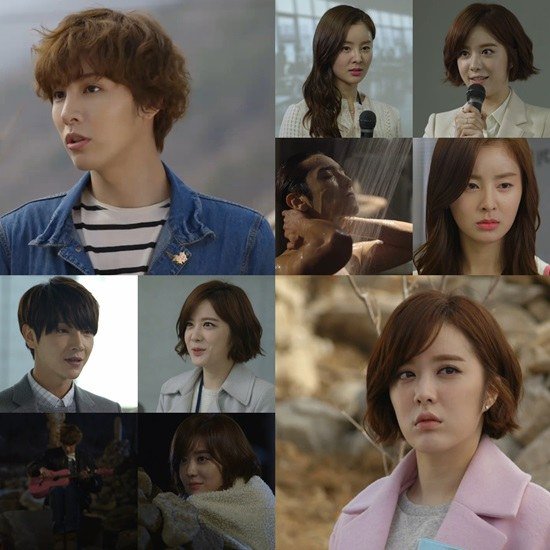 The shift to more conventional storytelling is very evident here. At one point a flashback quite explicitly points out that the first couple of episodes were pretty nuts. But for the most part Ji-na tries to solve problems here by, well, coming up with an actual plan. Rather than accidentally running into Tae-woon, this time Ji-na deliberately seeks him out to ask for his help. Even the rather unexpected obstacle is resolved with relatively little mess.

Then there's another obstacle later on that's more the result of clumsiness and incompetence. But Ji-na, rather than panic, just decides to take a breath and get to work at resolving the problem. It's nice to see her slow down and calm down. It's not necessarily the most dramatic or funny way to keep the plot moving, but it does hint at respectability and maturity. Ji-na is trying to grow up. And you know, good for her.

Tae-woon's attitude also changes, but mostly because his thinking tends to be a reflection of Ji-na's actions. If she acts like a bossy know-it-all, Tae-woon meekly concedes to her demands, with disaster as the inevitable result. Here, though, Ji-na acknowledges his expertise. Consequently, even if Tae-woon still seems kind of dim, his insight is the one that ultimately leads Ji-na to the presentation with a fairly good idea of what to do.

And yes, Hye-mi, as the catty second female lead, inevitably attempts to sabotage the proceeding. I didn't actually mind it so much, though. Partially this is because the situation Ji-na's fault- not because she deserves it but because it was her team's responbility to run a final check to make sure that everything was working properly, sabotage or not. Besides, the sabotage is actually plausibly a part of the real presentation- so maybe Ji-na will come out ahead.

Truthfully this episode is mostly just generally pleasant. There's no outstanding flaws, but there's not too much that warrants excessive praise either. The performances, for example, are servicable. Frequently, though at times I can't help but realize that there's not very much to these characters. For the most part they have thinly defined personalities. Only Ji-na and Hye-mi really have enough plot to justify a character arc. Everyone else they mostly just shows up for brief jokes. And I do miss the exciting visuals. The balance here is nice enough though- a drama that's only just fun to watch is still a good drama.