[HanCinema's Drama Review] "My Wife is Having and Affair" Episode 1 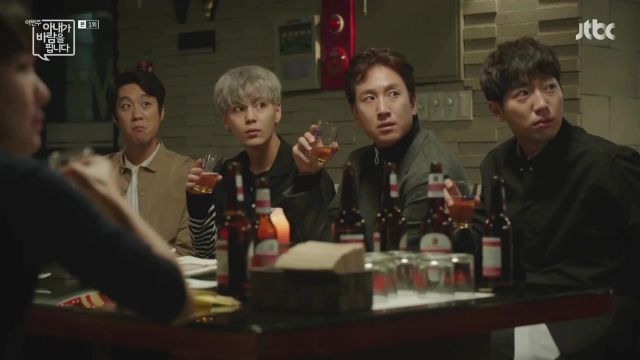 "My Wife Is Having an Affair" starring the man with the amazing voice, Lee Sun-kyun as Do Hyeon-woo, and Running Man favorite Song Ji-hyo as Jeong Soo-yeon, began on jTBC this week and it started off strong. The drama, based on 2007 Japanese drama "Konshu Sbuma ga Uwaki Shimasu", and directed by Kim Seok-yoon ("Awl", "I Live in Cheongdam-dong") is the story of a man who discovers that his wife is planning on having an affair. The drama will follow his struggles as he turns to an online community to save his marriage and his family. While the premise is rather bleak, the first episode sketches out an intriguing plot and a very relatable leading man, Do Hyeon-woo.

The drama is supposed to be a healing drama punctuated with comedy, which is a little dubious. Adultery isn't exactly equated with healing, but without reading about the Japanese drama synopsis or recaps, I'm going to guess Hyeon-woo's fight to family preempts any truly horrible happenings. This first episode quickly sketches out the main characters, the potential adultery, and Hyeon-woo's and Soo-yeon's family life. Hyeon-woo is a PD with a beautiful wife and little girl. He is very content with his family and home life, finding comfort in going home after a long day at work. His wife is more mysterious, only shown as working. Her personality is conspicuously left undefined. Instead, we see her only through actions that seem very incriminating. These are seen through Hyeon-woo's eyes as he suffers the shock of realization that his perfect family life may not be so perfect. This is where a skilled veteran like Lee Sun-kyun is so important. It is easy to overdo such intense emotions. Instead, we get the fine nuance of fear and denial and shock. His tumultuous reactions compared to Song Ji-hyo's very even-keeled Soo-yeon creates a tense juxtaposition that leaves the viewer itching for the next episode. 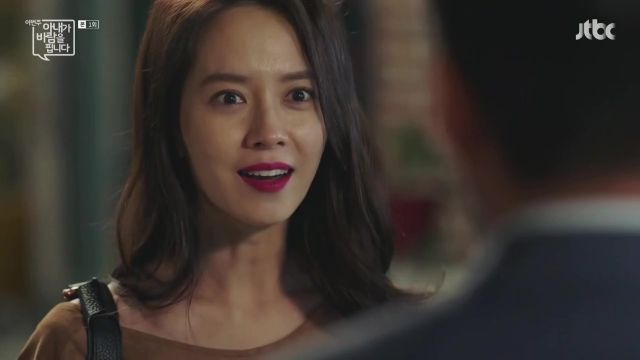 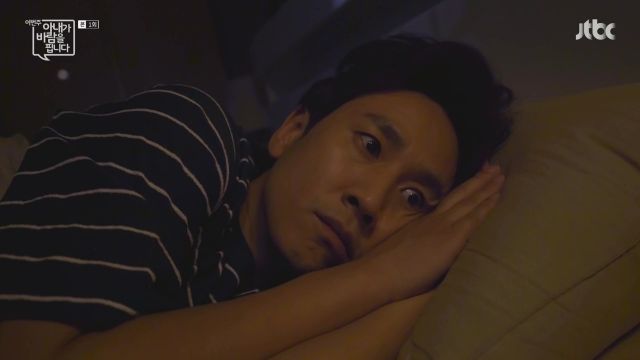 Hyeon-woo's co-workers and friends fill out the show. His co-workers and friends all have different situations, some of which include adultery, or desires to commit adultery. Although their situations are different, everyone around Hyeon-woo is similar in one way. They all believe he has the perfect home life, just as he did. It's a pretty typical setup, but Kim Hee-won as lawyer friend and frequent cheater Choi Yoon-gi, cast as something other than a gangster, is so refreshing as a good friend and horrible husband. BoA as Kwon Bo-yeong is an especially riveting co-worker of Hyeon-woo's, very relaxed in her role.

As for production quality, it's high, as is to be expected of a show slotted on jTBC. Framing is very well thought out, starkly highlighting the pained Hyeon-woo and focusing on the potential adultress Soo-yeon in a much less clear fashion. There is also a difference in the colors of the scenes where Soo-yeon shows up versus her husband. She is bright, colorful, and fresh with a lot of light while he is in earthy, muted colors. 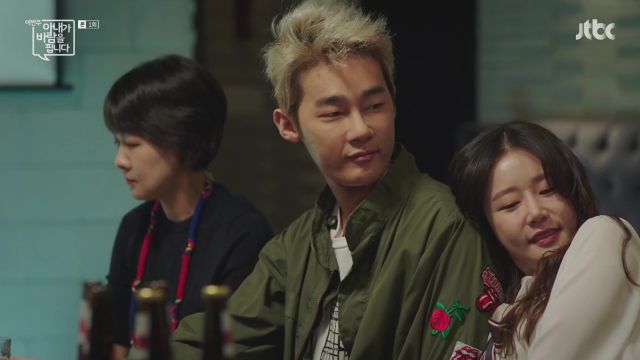 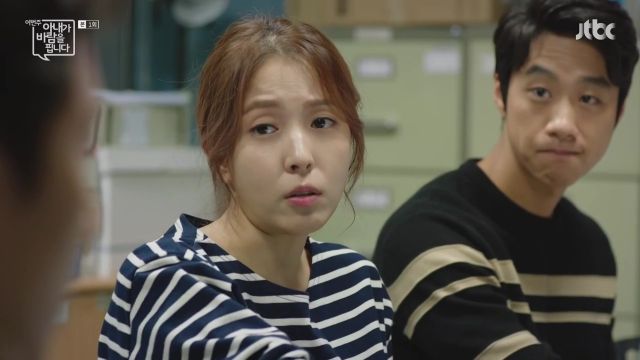 Although adultery is one of my least favorite subjects in real life and in K-drama, I'm intrigued by Hyeon-woo's future fight to save his family.

"[HanCinema's Drama Review] "My Wife is Having and Affair" Episode 1"
by HanCinema is licensed under a Creative Commons Attribution-Share Alike 3.0 Unported License.