[HanCinema's Drama Review] "My Wife is Having and Affair" Episode 6 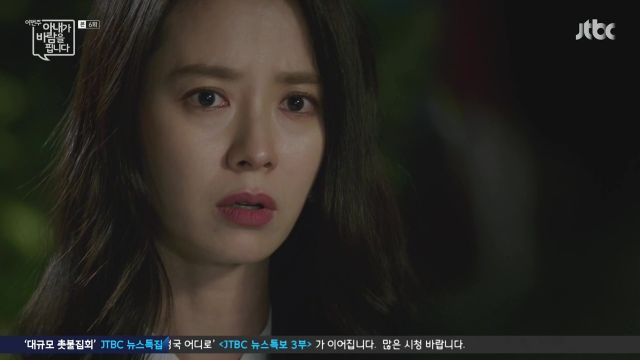 "My Wife Is Having an Affair" delves past the shock of the revelation and explores the aftereffects of cheating. Hyeon-woo and Soo-yeon still haven't had a real conversation and it is making for a lot of pent up anger and even more misunderstanding. As always, it's hard to blame Hyeon-woo as the one who was betrayed, but his word choice is absolutely poisonous when speaking with Soo-yeon.

She seems to want to right the wrongs she's made, especially after the wife of her affair confronts her with "What you did wasn't romance. It was wronging a family." Soo-yeon is pretty battered and bruised by the end of the episode by work demands, the requests made by the mothers of Joon-soo's classmates, and by the weight of her affair. Under the weight of her difficult circumstances she begins to crumble and can barely withstand the angry vitriol that Hyeon-woo hurls at her. I'd still like more insight into her character. We see into Hyeon-woo via his online community, but Soo-yeon is as opaque to us as she is to him. 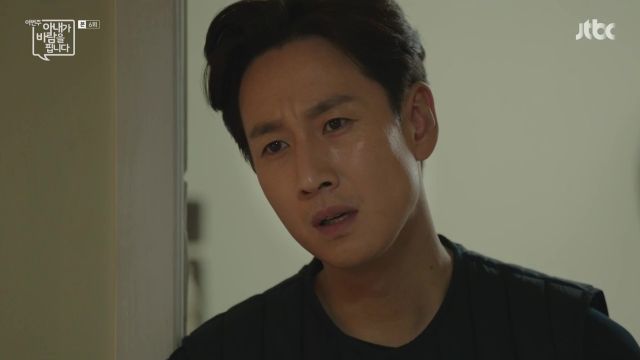 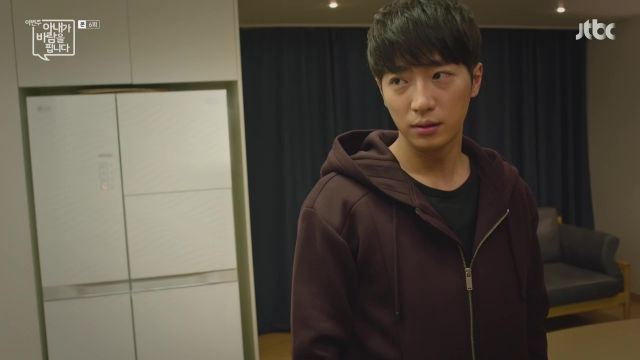 Hyeon-woo needs a major reality check. Yes, he was very wronged, but his behavior is horrible. He has a child to think of and his behavior is seriously harmful to the child's welfare. To divorce or not is a natural thought after an affair, but the child shouldn't be shuffled from place-to-place like an afterthought, or be so ignored. Hyeon-woo seems to begin to realize this after reading a few thoughtful comments on his post that also suggest he calm down and actually speak with his wife rather than coming in on the defensive. Perhaps he contributed to the discontent in their marriage. It doesn't absolve Soo-yeon of her grievous error, but it may open a gateway into a possible reconciliation or healthy solution to caring for their family.

Joon-yeong had a beautiful and raw telling of his story. That telling allowed for him to share his hurts and woes with Hyeon-woo and vice versa. I like how his characters continues to grow deeper as time passes. He's not just comic relief anymore. Bo-yeong seems to perceive the deeper side to him and perhaps a romance will develop between the two wounded souls. 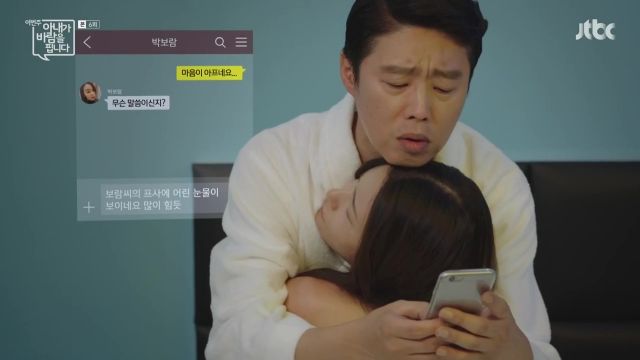 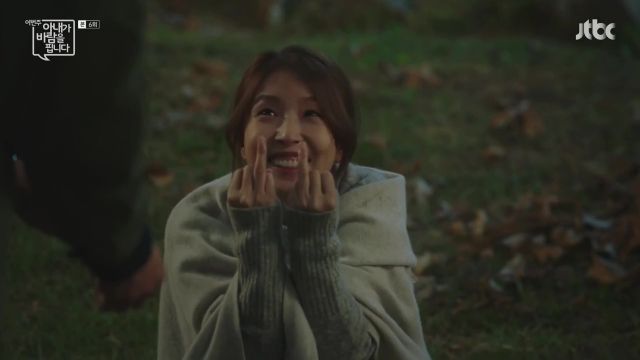 As for Yoon-gi, he's definitely on the verge of getting caught and I can't wait. He's not only cheating on his wife, but he is cheating on the woman he's having an affair with as well. He's the very ugly side of the unfaithful and I'm glad the story highlights how wrong his behavior is.

Communication between Hyeon-woo and Soo-yeon is what is lacking. He communicates with his forum and she with his mother, but that is not the same as opening up to each other. It's probably a long ways in coming since we are only on episode 6, but I want to root for them.

"[HanCinema's Drama Review] "My Wife is Having and Affair" Episode 6"
by HanCinema is licensed under a Creative Commons Attribution-Share Alike 3.0 Unported License.