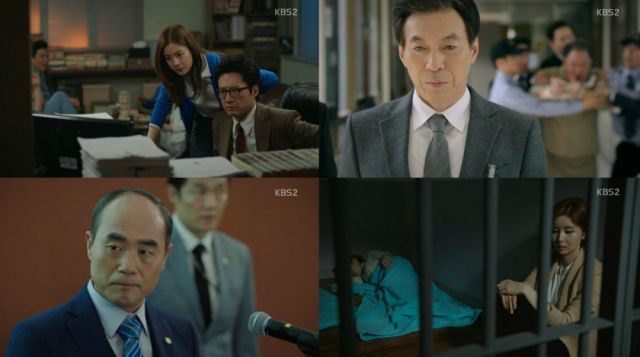 The time has come in "Neighborhood Lawyer Jo Deul-ho" for our heroes and villains to give into or resist some great temptations. The actions taken by different characters are surprising and so is the way the writing handles some of them. I am not sure if this is a good thing, but it is definitely unexpected, keeping the series suspenseful. Sin-woo is the man of the hour and he has set big things in motion.

First up we have the outcome which least surprised me when it comes to our main characters and that is Ji-wook's (Ryu Soo-young) decision to help his father, even if a little. At least for now. His alignment with the good side came too early to be final and a short lapse in judgement before the big finish is to be expected. No smart storytelling reveals the true colors of a character whose choices are the most interesting thing about him without a twist. 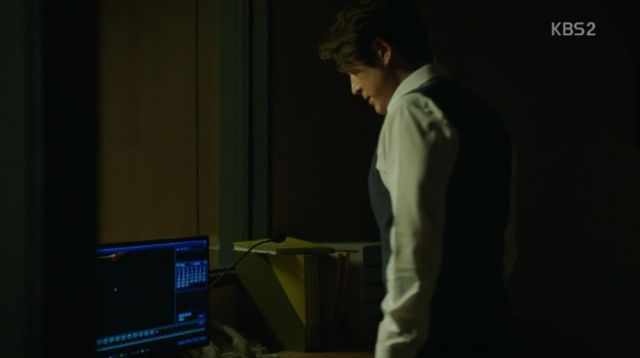 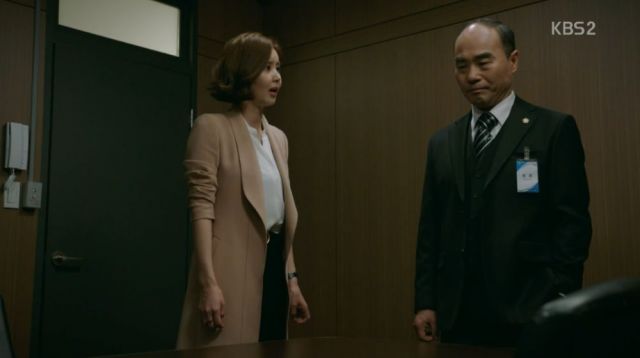 On the other side of our second leads, Hae-kyeong (Park Sol-mi) being so surprised by Geum San's state comes as a shocker to me. I was under the impression she knew a fair deal about it and simply regretted aiding its corruption. Is this forced redemption for the sake of the OTP or will the past be fully explained? I do not mind plot holes in trials and schemes, but a clear explanation of the past matters for characters the show wants me to like.

Which brings me to Deul-ho (Park Shin-yang). He triumphantly frees Hae-kyeong, but the moral choices he makes are not addressed. Like Ji-wook, he lies to save his lady and her father, despite the latter's illegal acts. Like Ji-wook, he chooses against justice for the first time, but we do not see the same internal conflict. This worries me, because our hero should not be exempt from what the show has been preaching through him. I once said I wish Deul-ho would face tougher moral challenges, like representing a guilty party, and the celebratory tone of the episode's ending left me with a feeling of unease. 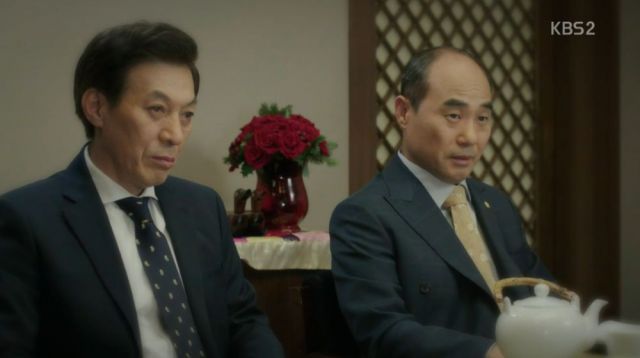 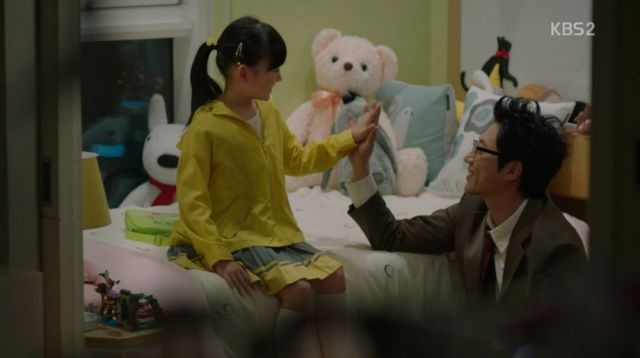 Sin-woo (Kang Shin-il) does make a better choice this time regarding his daughter. Unlike Yeong-il (Kim Kap-soo), who shamelessly uses his son despite knowing better, Sin-woo regrets doing the same in the past. To this I say cry me a river and I am disappointed that the writing paints a grown man as a victim who was fooled by the Big Bad Wolf called Yeong-il. There is no excuse good enough to redeem our not-beloved father-in-law, but he can at least correct some wrongs now.

As we march to the finish line, assuming and praying this does not get extended, I expect more reshuffling of our players on the side of good and bad, except for Neighborhood Manipulator Sin Yeong-il. He is steadily growing horns by now. The only corruption I accept from our heroes is Soo-bin (Heo Jung-eun) using her cutesy ways to get her homework done. I am willing to lie and call that outsourcing.