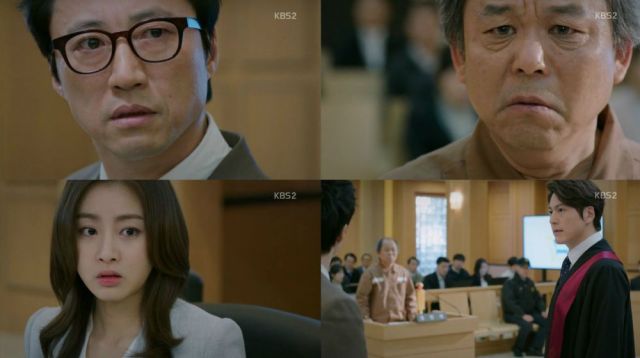 "Neighborhood Lawyer Jo Deul-ho" has had one pretty impressive first week with episode two continuing to build our characters and their strengths and weaknesses, giving us a better look into our villains and delivering on the comedy as well. Most importantly, it is potentially a major turning point for Deul-ho and Eun-jo, showing us a glimpse into their future together.

The episode delivers some well-paced progression. Deul-ho (Park Shin-yang) now has Ae-ra (Hwang Suk-jung) and Dae-soo (Park Won-sang) working with him, and he is getting back his groove in court despite some hilarious mistakes. We also get a glimpse into what makes our villains tick. Ji-wook (Ryu Soo-young) feels inferior and wants to prove himself to his father, Sin Yeong-il (Kim Kap-soo). Yeong-il is motivated by success. Both are slaves to the Big Bad, played by Jung Won-joong, because neither of them can see it hurts them and their relationship. 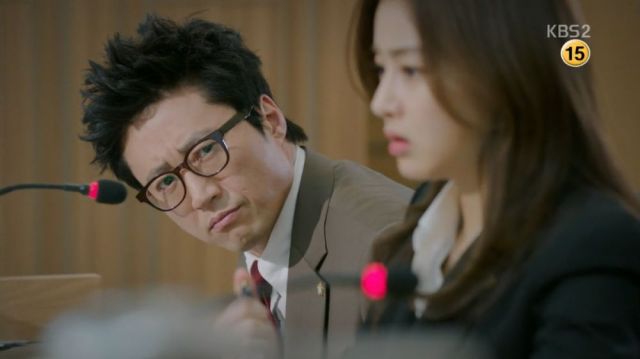 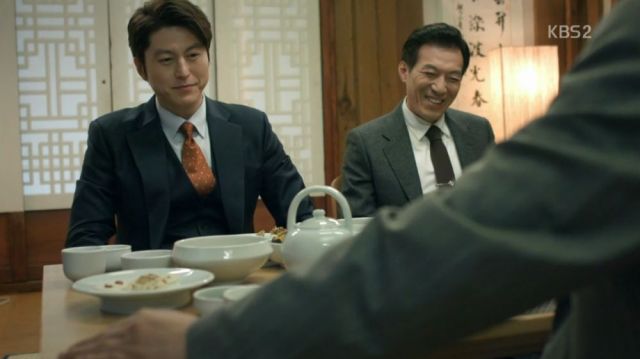 Episode 2 sets the foundation for our leads' upcoming internal conflicts. Deul-ho still has confidence, but he is angry and very emotional, which makes him a loose canon. He is too selfish and too driven by revenge over the events the new case is related to. His feelings of guilt and frustration make him forget that he is holding a person's life in his hands. The man is still haunted by the death of his beloved friend, however, so all hope is not lost.

Eun-jo (Kang So-ra) is kind and has a rookie's energy, respect for rules and will for work, but she is too naive. She clearly has a loving family and she lives in a world where superiors always look out for you and where justice always wins. Her biggest flaw is that she lacks faith in herself, so she plays it safe, even if that is not what is good for her client. She is essentially blind to people as individuals and trusts the established order. 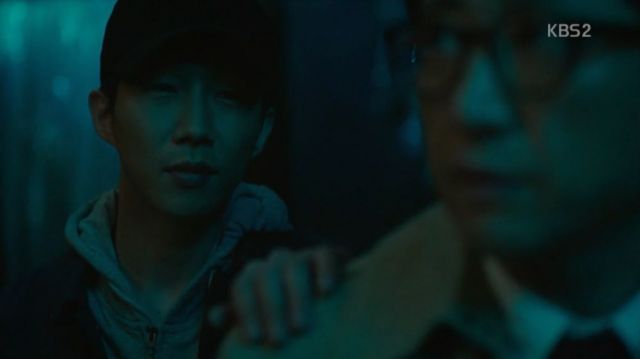 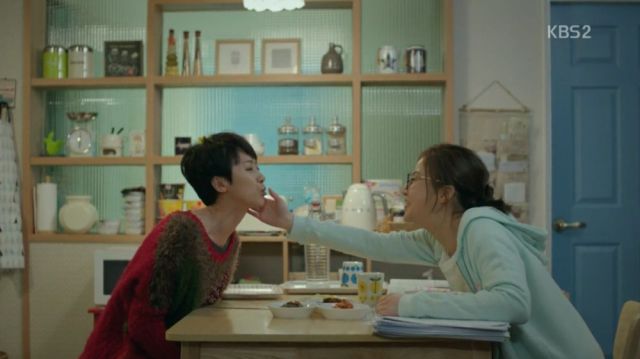 This makes the episode's ending a remarkably profound moment for her and Deul-ho. For the first time, Byeon Ji-sik (Kim Gi-cheon) was not a tool in Deul-ho's revenge. He was a human being who had faith in him. To him, his lawyer was hope for salvation and justice. Deul-ho saw that and the realization of his responsibility hit him hard. Eun-jo had a similar revelation. For all her efforts and kindness, her client does not trust her.

It is some pretty riveting storytelling. I want to see Eun-jo's innocence and faith in a working, honest system collapse, but be replaced by determination to make it a reality. I want to see Deul-ho realize the importance of being a hero, rather than an avenger. They both have something the other lacks and they have good people around them to support them as they grow and learn how to become lawyers who earn and deserve people's trust.

What did you think about the first two episodes, folks? You can tell how much I liked them, but I would love to read what you have to say. Are you watching "Jackpot" or "Monster - 2016" as well?