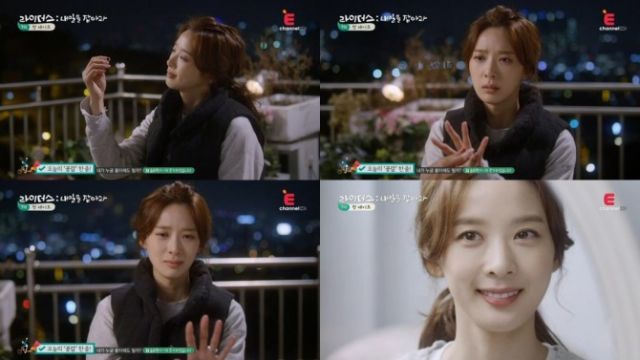 There's less emphasis on rickshaws this episode as character motivation ends up hinging on the various romances. Consequently my feelings on "Riders: Get Tomorrow" trend toward the lukewarm as usual. I'm always a little puzzled by how this drama makes money out to be a big deal, and then we get plotlines where characters are obviously and explicitly spending their cash on rather frivolous projects. Did So-dam forget about her loan, or was that resolved when I wasn't paying attention?

All right, all right, just because someone is in debt doesn't mean they can't have any fun. But little logical problems like this always pop up in my head when I'm constantly forced to confront the fact that "Riders: Get Tomorrow" isn't really about anything. There's little conflict except with the romances, and the romances are so constantly passive that it's often hard to tell when progress is actually being made.

I will admit that the whole sequence where So-dam flashed back to all the really obvious clues that Gi-joon was hitting her was fairly cute. I'm kind of surprised she reacted the way she did, but, well, mostly I'm glad Gi-joon gave much of a reaction at all because that much at least managed to set up the conflict of the cliffhanger, which will hopefully make the next episode more interesting than this one.

In other dubious honors, "Riders: Get Tomorrow" manages what has to be the most inefficient product placement I've ever seen- the DigiFun Art Festival that features as a major plot point ended a week ago. While I'm glad to see any evidence that the live shooting system is on the way out, really, I might have actually wanted to go to that if I'd known it existed before watching this episode. Although we don't get to see what's going on at this festival anyway, so that much is really just curiousity for curiousity's sake.

That's what it feels like watching "Riders: Get Tomorrow" right now. Occasionally we get good funny scenes, like the three personality types guys have when it comes to meeting certain kind of girls. But by and large this drama is just a vast wide expanse of nothing. While it's not especially terrible, "Riders: Get Tomorrow" is really bad at eliciting any kind of serious emotional reaction. There's no build-up or pay-off. Without these elements, there's nothing to look forward to, and that's a bad place for a drama to be.