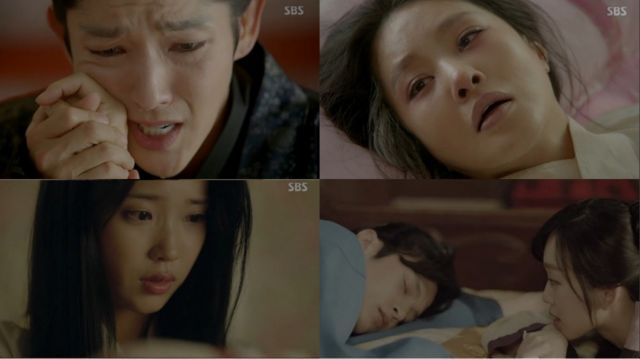 Apparently Goryeo is still in chaos even as Prince So has fully stepped in to his role as King Gwangjong. Yet rather than explore the potentially interesting political crisis "Scarlet Heart: Ryeo" instead devotes most of its runtime to the slow, agonizing death of two of its minor characters. Why does it take so long for anyone to die in this drama? I wouldn't generally mind this so much except that, as was the case with Prince Eun and Soon-deok, neither of these characters was all that well-developed in the first place.

There's a really bad relevance gap in "Scarlet Heart: Ryeo". By far the most important thing going on right now is King Gwangjong's impending marriage to Princess Yeonhwa, yet we're given only the most cursory background information as to why this is important. Prince Yo thought Princess Yeonhwa was a worthy Empress because of her political powers- but we have yet to see Princess Yeonhwa actually utilize these powers. Other characters just talk about it, and that's supposed to be good enough.

Meanwhile Prince So is still running around with Soo like a goofy teenager instead of actually acting like King Gwangjong, which makes him look like a bit of an airhead. The three previous kings, mental problems notwithstanding, did at least make the kingdom a priority and based their actions on some form of coherent political strategy. King Gwangjong, by contrast, refuses to have sex with his wife and orders the construction of a monument to the woman who unconditionally hated him for reasons that were never explained. 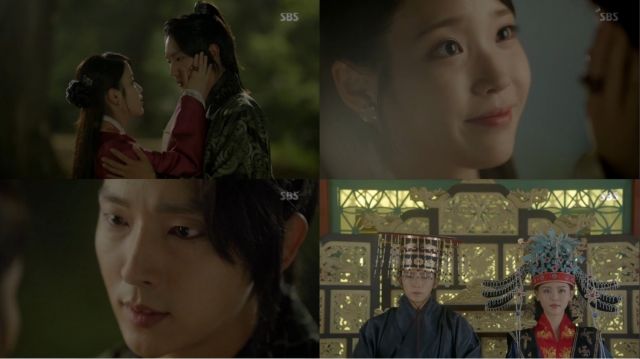 If I could sum up "Scarlet Heart: Ryeo" in five words, those would be it. "Reasons that were never explained". It's frequently genuinely difficult to criticize this drama simply because I only have the faintest idea what's going on at any given moment. Even the preview leaves me apprehensive, because it looks like King Gwangjong is going to take a turn for the evil with only the most cursory apparent motivation.

What does anyone want? What are their goals? Why am I still asking this question when there are only two episodes left? It doesn't even have to be good or convincing motivation. I'd be satisfied if there was just some sort of continuity between pontification and action at this point. Instead, "Scarlet Heart: Ryeo" seems to expect me to root for the main romance to succeed just on general principle.