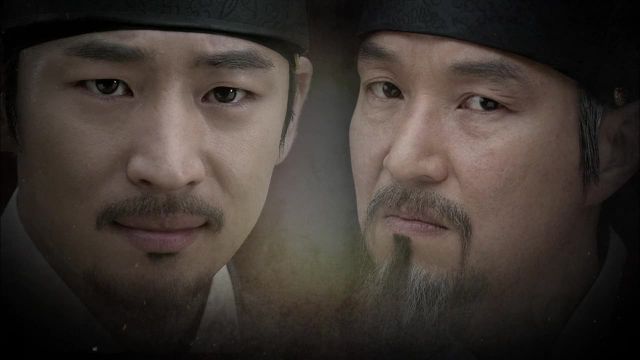 This is the episode where Seon shines. It is the result of well-laid plans on the writer's part and immense acting on Lee Je-hoon's part. The potential for Seon as a monarch is sky high, and he has proven that to his father, the Joseon officials and China. He has even proven it to the vengeful Ji-dam.

What makes the episode so powerful is that Seon did not do anything impulsively like he led everyone around him to believe . He had been planning for the three years he was a prince only in name to come back with a strong hand, determined to change the nefarious ways of Joseon politics. He studied, he planned, and he waited. He proved that he is clever, capable, and just. The production team did everything right to support the character's ascension: setting, lighting, music. We got behind Seon and we stayed there. Seon's victory happened quickly, as is the happy tendency of "Secret Door". It never sits on any one idea for too long. It keeps the story rolling forward. It also keeps us guessing.

Ji-dam, on the other hand, is just awful. She's boring, stodgy, and Yoo So-hee only has one expression, a rather tight-lipped, bug-eyed stare. The change in her character after the brutal murder of her father is understandable, but the portrayal of that change has been haphazard and difficult to relate to. Kim Yoo-jung would've handled this change fiercely, but with finesse, as the young, but seasoned actress, had for the first fourteen episodes. I am firmly against this replacement.

Luckily, Princess Hyegyeong is still as riveting as ever despite her lack of screen time. Each time she's on screen, she is brimming with life and energy despite the fact that the character herself doesn't move much. Instead, Park Eun-bin has a pervasive aura that makes Hyegeyong so winning. I was not familiar with Park's acting before, but she is a nuanced actress and I'm going to keep my eye on her.

As for the fearful, power-hungry king, he has become even more muddled with the passing years. He is clever as a wily old fox, but the mix of his fatherly feelings for his son and his fierce desire to protect his crown has twisted him terribly. He uses his son for his own ends. Fortunately, Seon now sees his father's true colors. All the blows he took earlier have forced him to see and learn.

Minister Kim is another major player. He has controlled the government for over thirty years, relying on his status, power, connections, and, most of all, his keen intellect and instincts. It is he who is Seon's true opponent and their highly intellectual political battle is what drives the episode. Kim Chang-wan is a fearsome villain and has the same spark in his acting that Lee Je-hoon possesses. They are a great onscreen twosome.

"Secret Door" is by no means a perfect show, but it has intrigue and a whole lot of heart. It has kept this jaded reviewer interested and I believe it will continue to do so.