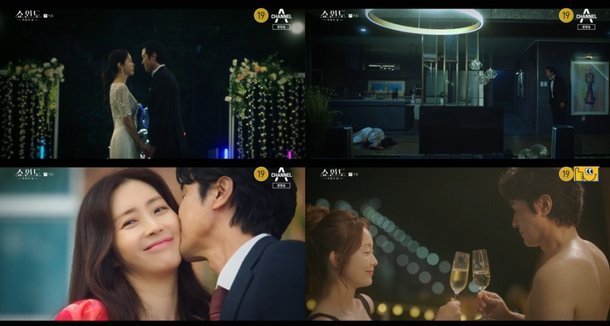 Myeong-seob (played by Lee Sung-jae) is the outrageously buff, yet kind and sensitive older man at the center of "Show Window: The Queen's House" and all its drama. Through skill and dedication, Myeong-seob worked his way into a leadership position at a major company. Myeong-seob's marrying Seon-joo (played by Song Yoon-ah) also helped a bit- she's the daughter of Kang-im (played by Moon Hee-kyung), the company chairwoman who thinks that Seon-joo should show more interest in the family business.

But that's not the real conflict of "Show Window: The Queen's House" just now. The main central danger is that underneath this happy work/life balance, Myeong-seob is having an affair with Mi-ra (played by Jeon So-min)- who's younger than Seon-joo but not by a whole lot. For that matter, Mi-ra is also quite similar to Seon-joo in her professional, easy-going pesonality, her looks, and even her fashion sense. 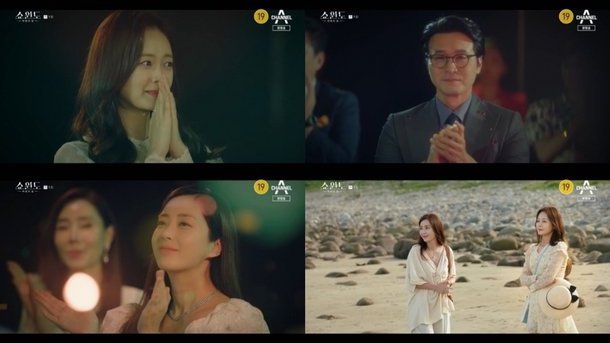 Both Myeong-seob's marriage with Seon-joo as well as his affair with Mi-ra are quite convincing in terms of sincere affection. It's just, something has to give eventually. The opening scene of the drama depicts an attempted murder after all. Hm. It's odd how much this framing device feels like an afterthought. So much of the runtime of the first episode is centered around the dreamy tourist backdrop of Yeosu the more violent aspects of the story just don't leave much of an impression.

It's easy enough to see why Channel A commissioned this drama. The influence from "The World of the Married" is quite obvious. But "Show Window: The Queen's House" has placed itself in the awkward position of making all its central characters too sympathetic. None of them, not even Myeong-seob, are really making bad decisions because their lives are all extremely functional. If not for the murder I might have wondered whether the story was supposed to come off like a stealth endorsement of philandering. 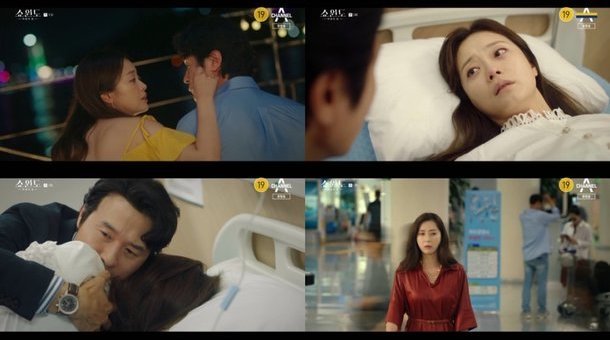 "Show Window: The Queen's House" is also somewhat lacking when it comes to a sense of irony, as can be seen when Seon-joo and Mi-ra meet by coincidence and actually get along really well. This is played off as neither humorous nor tragic, they're just a couple of women sparking a sincere friendship. No individual part of "Show Window: The Queen's House" is particularly bad, the show's just very awkwardly enigmatic in that it has neither an obvious thematic point nor a clear appeal to fans of a specific genre.