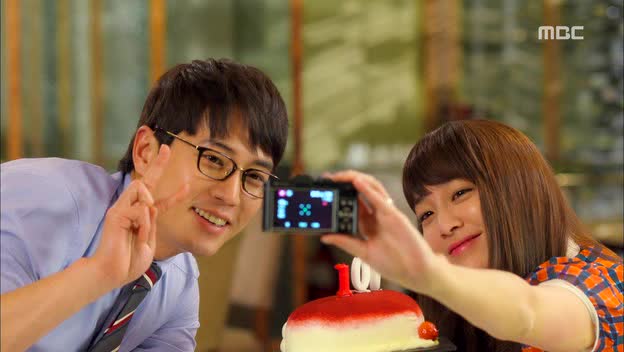 "Sly and Single Again" bursts from the gate with a fast-paced, funny, and clever first episode. MBC paired writer Lee Ha-na-I with director Ko Dong-seon and the two laid down a very solid start for this romcom about a divorced couple who meet again.

This show hasn't brought anything new to the table, but it knows how to play with old material and how to infuse humor to nearly every subject presented in the show. The basic premise centers around a divorced couple who get back together for reasons other than love: she for his newfound wealth; he for revenge. She is Na Ae-ra (Lee Min-jung), beautiful and seeking a comfortable life via a financially stable husband. She thought she found it in Cha Jung-woo (Joo Sang-wook), but his brilliance did not equal success during their four-year marriage. They both felt betrayed. The courtship, marriage and divorce blazes by in a montage of scenes brought to life by the skillful Min-jung and Sang-wook pairing. Both actors have a natural charm that doubles when they are together.

What made the lightning fast set-up work was the humor that stemmed from Jung-woo's nerdiness and Ae-ra's need for security. It also came from friends and family members with quirks and hopeless egos. The speed of the first episode actually worked to introduce all the characters clearly and decisively. That speed also made the development of any character difficult.

The second half of the episode focused on the fallout of the divorce. Ae-ra has to work to pay back debt and struggles to get herself off of the ground while Jung-woo has become a chaebol, a hugely wealthy man, in charge of a communications company. This half isn't quite as fast-paced because a huge chunk of time is given to Ae-ra's appearance on a show that tries to match up young and divorced men and women. It's a clever play on "Jjak", an SBS reality show with fun captions and cheesy reality show lighting. Her hopes of meeting a nice, rich man fall through and a series of humorous, and predictable, events occurs to bring the divorced couple back together again. She can't stop hitting pits of bad luck and winds up needing his help. 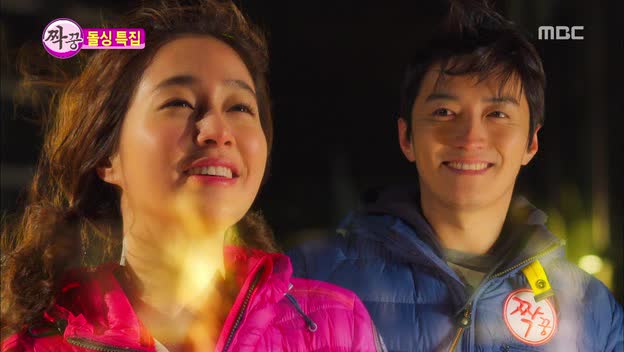 While this first episode was entertaining, "Sly and Single Again"'s potential cannot be gauged upon it. Many shows start like this and have failed miserably, and others do incredibly well. It all depends on the follow through in the next few episodes. What is appreciated is the fact that the show didn't waste two or three episodes with set-up. It packed it all into one very fun episode. The cast is strong as is the dialogue and the colorful palette of the sets and clothing gives the entire show a fresh feeling, just in time for spring.