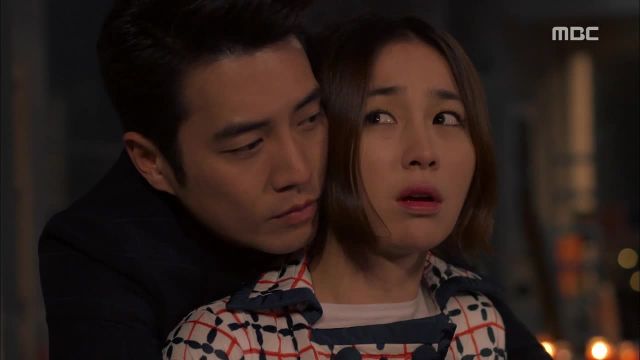 The episode is reminiscent of the earlier stages in most Korean romcoms even though the drama is in its later stages. The main couple is flirting and growing closer while everyone else and their situations conspire against them. The second leads are become more angst-ridden by the moment.

While the angst works for Seung-hyun, it does not work as well for his sister. Seung-hyun was aimless until he met Ae-ra. Now his love for her and his competitive spirit towards Jung-woo have sparked his forward motion. He's actively taking a hand in his future instead of letting life pass him by. Of course, he is not going about it the right way, but that is something he will learn. His mistakes will teach him. The show has done a good job thus far of developing him in that way. Hopefully it will continue to do so.

His sister, Yeo-jin, is just a mess. Her character pitches fits, refuses to go to the doctor when she's in pain, and has pity parties. Nothing up to this point has made her a sympathetic character. The more she acts like a spoiled child, the less appealing she becomes. She has a huge complex over her robotic leg. It would be nice to see more than one short scene about how this leg affects her romantic life, and her life in general.

There were many adorable happenings in this episode, mostly because of Jung-woo and his rekindled love for Ae-ra. He follows her around like a lovesick puppy. While most of it is cute, some of it is overbearing. Part of Ae-ra's hesitance to be with him is that she finally feels like a viable, independent, working woman in society. Where she was a dependent, uneducated woman who needed a man to survive, she is now able to care for herself and proud of it. When Jung-woo flirts with her, he is very pushy and forceful, and she lets that happen. If she is going to be an independent woman, she needs to forbid that kind of behavior. That, and it shows that he loves her, but he doesn't fully respect her. He may understand his role in her past sufferings and see her motivations more clearly, but he doesn't treat her as a human being worthy of respect.

The end of this episode was very weak and contrived. The decisions made were purely to create conflict and didn't fit organically into the drama, especially on the part of Yeo-jin's father. He is the head of a hugely successful corporation and the decision he made does not reflect the intelligence needed to run his corporation. It does reflect his impulsivity, but if he let that part of him run his company, it would fail. He obviously hasn't. So why now?

One thing about this show is that it is not very subtle with its analogies. Most of the time it works to comedic effect. At other times it is just awkward and cheesy. Jung-woo takes Ae-ra to a romantic restaurant where they are served in the dark and proceeds to use dark/light analogies to explain his feelings. It's a little heavy-handed. At the same time, however, it was a very sweet scene. It has to do with the presentation. Had he not just pawed at Ae-ra, I, as a female reviewer, may have been more amenable to the situation.

I'm less excited to see the outcome of Ae-ra's work predicament than I am to see how the characters come to terms with their feelings. The relationships of this show are strong while the trappings of family squabbles and work snafus are weak.