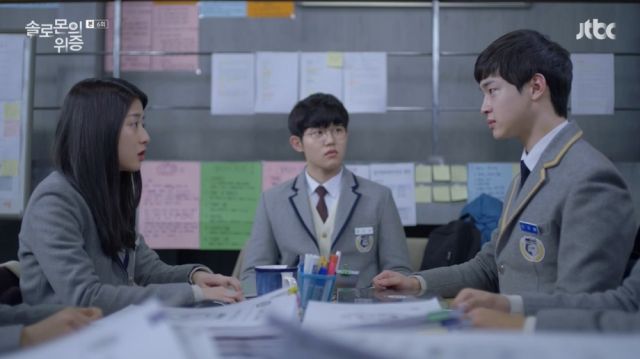 "Solomon's Perjury" is an odd work. Deviating from the more popular crime genre, the series is essentially a mock-courtroom drama. It also features a main cast of characters who are predominantly in their teens, bringing their stories out of cutesy youth dramas or adult characters' flashbacks and into a more contemplative one about growth, challenges, morality and personal responsibility on the cusp of adulthood.

After getting into a fight with the high school academy bully, Lee So-woo (Seo Young-joo) is expelled. One day his body is discovered by a fellow student and his death is ruled as a suicide. Go Seo-yeon (Kim Hyun-soo) is a top student who witnesses So-woo's struggles and feels partially responsible. When she receives an anonymous letter claiming the school bully killed So-woo, she decides to hold a school trial and find out the truth about the boy's death. 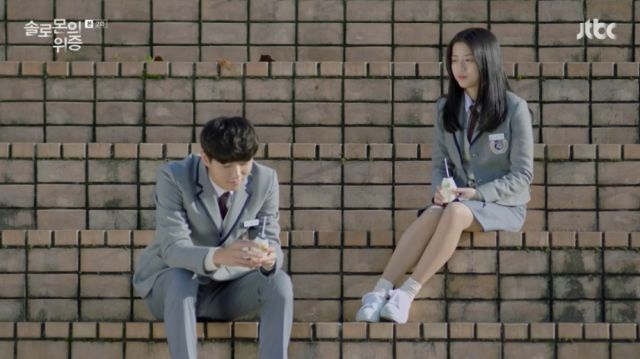 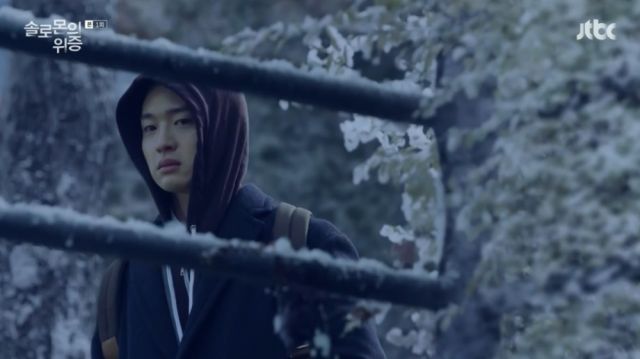 One of the strong points of "Solomon's Perjury" which becomes evident quite early on is its ability to make one care. So-woo is a character who has very little screen time, but his fate is an inherently tragic one for any person, let alone a young man to have. A boy has died and the systems which should have protected him do not care about the how or why. The series has great atmosphere and a tightly woven mystery, creating suspense around the elusive truth.

Aside from the mystery part of the plot, the drama features many challenging topics about teenage life. It portrays students with different social, economic and family conditions and it tackles several very heavy subjects. What really makes it special is that it views these topics through the lens of people who already think like adults in many ways, but who are denied the agency of one.

Despite the drama's efforts to touch upon everything from simple and carefree to deeply existential topics through its key players, its length and its number of characters leave little room for the development of these ideas. There are so many interesting people and relationships here that never get to flourish. Some of them are pivotal to the story and so I would call their lack of development a definite flaw. 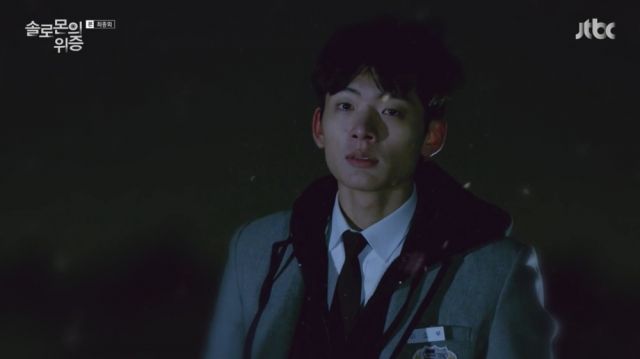 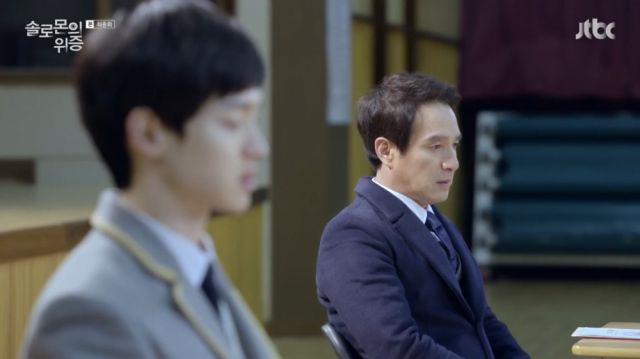 The acting can also be an issue for some. There are a lot of rookie and seasoned actors here, some of them in very challenging roles, and the differences in skill and experience show. Some characters are very layered and deeply conflicted, which could already be a challenge for seasoned artists. Some of the young actors manage better than others, but this is an obstacle to overcome for immersion at times.

"Solomon's Perjury" is a tiny glimpse into how appealing youth stories can be. There is not always a need for non-stop grandiose melodrama. One terrible death might spark this story, but it is the ripples of it which make it emotional and gripping. There are a lot of things this work could have done better, but it is one impressive series regardless.