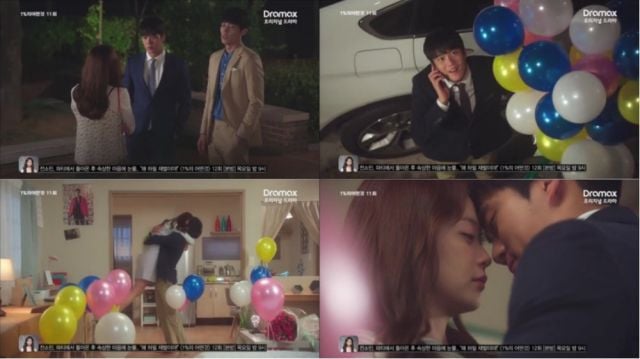 The core plot of "Something About 1% - 2016" is a tad hard to follow, so the complications that come up in these two episodes are more legal technicalities than they are dynamic plot movements. Truthfully, I've never seen much point in discussing the characters aside from Jae-in and Da-hyeon because that's all they really ever do is provide structural roadblocks and misunderstandings that temporarily keep the main couple separated. The threat is never really all that convincing, and at times feels contrived.

On the flip side it's possible that the story just feels like that because Jae-in and Da-hyeon are, in romantic comedy terms at least, surprisingly good when it comes to coming clean about jerkish behavior and apologizing for it. At this point there's never even any real bad blood between them. When Da-hyeon throws a snit about Jae-in's suspicious newspaper revelation, it actually comes off as kind of obligatory. Da-hyeon just doesn't like being seen as a pushover, and also enjoys making up with her boyfriend.

That give and take is what makes their relationship interesting. But in literal terms there's no way to correlate this with the actual story. Gyoo-cheol could not have possibly known Da-hyeon's personality was like this. Well, unless there's some sort of plot twist currently being hidden away. It does sort of beggar disbelief that after all this time neither Jae-in nor Da-hyeon has done a serious investigation to try and figure out why Gyoo-cheol singled out Da-hyeon of all people as Jae-in's feminine champion. 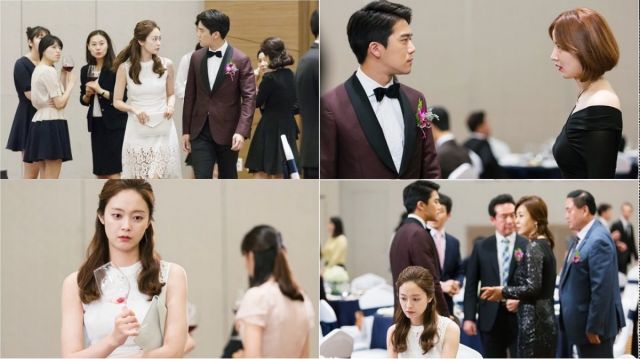 Again, though, trying too hard to make sense of character motivation just takes us down deeper rabbit holes which are quite simply never going to be explored in serious detail because what's the point? It's precisely those little moments in the Jae-in/Da-hyeon relationship that really give us a good sense of who they are as people. Jae-in's borderline paternalist attitude toward Da-hyeon's clothes, for example, is coming off less as prudishness and more as good fashion sense.

It's also symbolic of how Jae-in sees Da-hyeon, not as a sex object, but as the kind of person who he wants to make a good impression on the people in his life. The way Jae-in even goes so far as discussing relationship issues with his employees also demonstrates how it is through careful deliberation and consideration of Da-hyeon's needs that Jae-in is slowly yet surely becoming a more well-rounded and good person. That Da-hyeon can fight her own battles, well, that too is simply a part of her more general allure.

"[HanCinema's Drama Review] "Something About 1% - 2016" Episodes 10-11"
by HanCinema is licensed under a Creative Commons Attribution-Share Alike 3.0 Unported License.