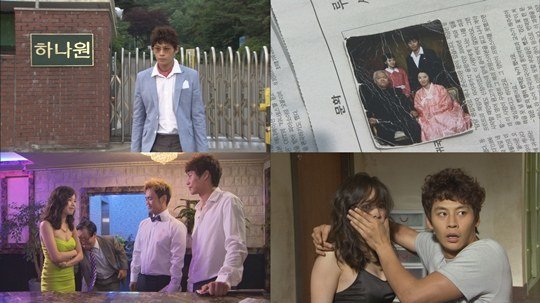 From the minute North Korean businessman Yeong-ho (played by Jung Eun-woo) finds himself on the wrong side of the demilitarized zone, his life becomes a miserable conga of shame and humiliation. Sure, it starts small, just not being able to get a drink of water. But soon he's stuck with degrading jobs, lousy living conditions, friends of dubious value, constant physical pain, and learning valuable new information only to discover several struggles later that all his work was for nothing.

That probably sounds pretty awful, and it is. But tragically, and cruelly, it's also hilarious. You ever had a bad day? Yeong-ho always has bad days. They never end. They just get worse. As a North Korean defector (albeit by accident), Yeong-ho is in the lousy position of being just important enough that police need to follow him around but just irrelevant enough that nobody feels like helping him, and the very universe itself mocks him in his weakest moments, robbing him of what few scraps of dignity he may have picked up in the last few minutes.

Jung Eun-woo's performance as the beleagured North Korean is what holds all this together. His sense of humanity and general disgust shine through every scene- he knows that the world is mocking him, but he goes on, not due to any heroic determination, but because he has no other choice. I actually felt guilty laughing at his slapstick antics- goodness knows for Yeong-Ho this situation isn't funny at all. There's just an absurdity to how badly everything goes for him that inspires humor just as much as it does sympathy.

"Stranger" is obviously an exaggeration of the struggles North Koreans have to go through to adjust to South Korean life. But a lot of it rings true to the basic misery of trying to adapt to a new situation with limited tools. A typical North Korean defector probably won't have their personal pride and worth as a human being degraded quite as much as Yeong-ho. They still deserve plenty of sympathy, though, since they're likely to share many of Yeong-ho's basic problems even if not to such an extreme extent.

Another element that makes "Stranger" work really well is that there's no romanticism about how wonderful South Korea is- Yeong-ho's quality of life clearly goes down having to live as a bottom level laborer. South Korea just doesn't care about him. Yeong-ho is surrounded by a world of indifference and apathy. And the ending to this drama, while not really being much of an ending at all, excellently demonstrates the foibles of a modern society far more concerned with symbolism than humanity.

"Stranger" is directed by Nam Geon and written by Kim Gi-hoo and features Jung Eun-woo and Hong Ah-reum.