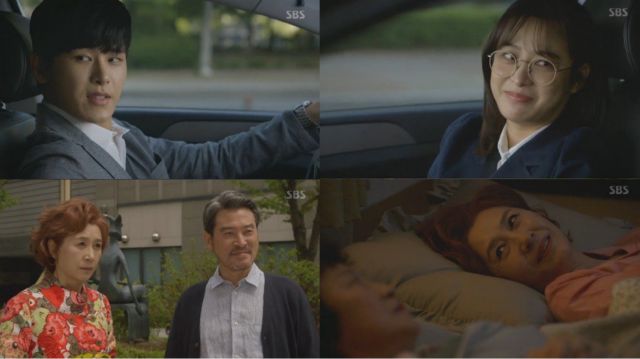 The South Korean Presidential Election is today, you might have heard. I bring this up because the twenty-third episode of "Strong Family" is an obvious nod to this fact, as the lead characters engage in the kind of political campaign that people who don't know anything about politics come up with. Which is to say, that rather than talk about why they want power, Cheon-il and Ra-yeon simply come up with elaborate tactics that fail to convince anyone that they even understand what the position they're campaigning for even does.

And of course no one really understands what politicians actually do is the main real point of all that. Presidential campaigns, or even local ones, tend to be popularity contests. The tough part is nailing the sweet spot between personal appeal, projections of competence, and promising to do something that people actually want to see happen. It's the reason why, for their inevitable failure, it's actually rather comforting that Cheon-il and Ra-yeon are unable to get anywhere near their goal.

The next episode deals with more generic subject matter, about the difficulties of getting along with mothers and spouses. The impetus for this story is Cheon-il's mother (played by Jeong Yeong-geum) who visits the household mulling over the issue of late divorce. It's a sad topic, partially because of the whole "will our love last as long" issue, but mostly just because Ra-yeon has to struggle with the presence of her vaguely sinister mother-in-law.

It's not that mothers-in-law are actually all that inherently sinister, as it is the broader pop culture perception. Good use is made of scenes where Ra-yeon is watching television to demonstrate that expectations create stress just as much as anything else. Obviously everybody wants to get along well with family members. We don't always do good at it but hey, provided there's sincere effort and sincere affection, that's one way to make it work, right?

The office romance subplot moves slowly, but cutely, as is to be normally expected at this point. Also largely expected is how Ik-hee lacks much screen presence. Aside from a few scenes demonstrating distaste, bemusement, and mandated cooperation when it comes to her parents' election compaigns, Ik-hee doesn't do anything of importance. She doesn't even really interact with her grandmother, weirdly enough.